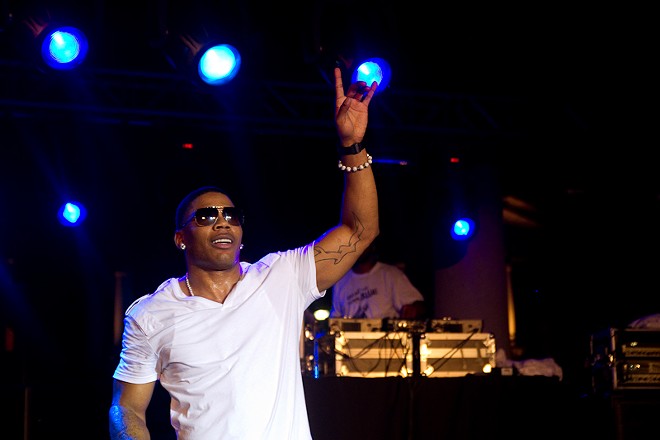 Does Nelly really need money when he's so rich in America's love?

Our favorite rapper mogul started out the week a little down on his luck. If you haven't been keeping up with the latest in Nellyville news, TMZ reported on Sunday he somehow owes $2.4 million in back taxes and the IRS has filed a federal lien.

That was some pretty ugly news, but it has awakened a dormant nation of St. Lunatics. SPIN magazine calculated fans could pay off the debut by streaming "Hot in Herre" a whole bunch of times. Spotify compensates artists between $.006 and $.0084 per play, so that works out to a minimum of 287,176,547 listens.

This was more than just a dream. Spotify has now reported that Nelly streams have increased 200 percent in the past week, according to USA Today. Late night hosts Stephen Colbert and James Corden both dedicated significant segments of their shows to the cause.


Colbert performed a rehash of "Hot in Herre" with a mix of tax filing tips.

"You wear them at your work," Colbert sang. "So write off all your clothes."

Corden joked that Nelly would be picking up side jobs.

"I guess the next time Nelly sings, 'If you want to go and take a ride with me' it's only because he's working as an Uber driver," Corden said.

Nelly has so far been lying low. He seems like a proud guy, but the funny guys fail to remember Nelly has the heart of a champion.

And if his fans have to listen to his songs over and over, that's what they're going to do.