Mark Dew Celebrates 30 Years at the Hideaway This Weekend 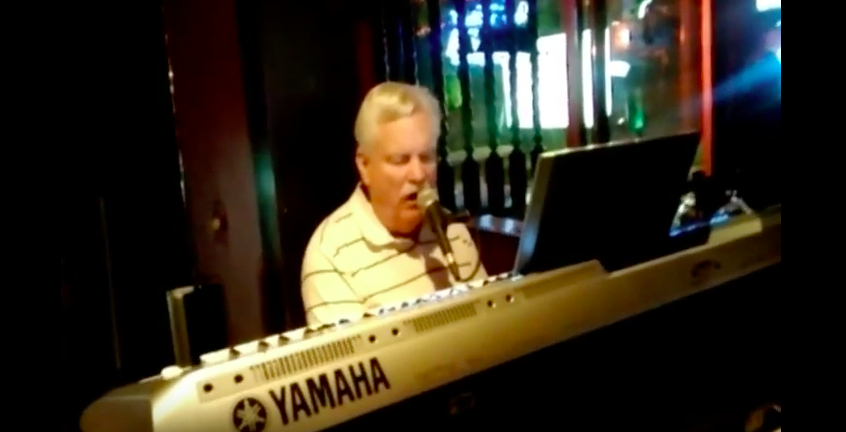 For 30 years, Mark Dew has played the piano and sang classic tunes at the Hideaway (5900 Arsenal Street, 314-645-8822). In many ways, performer and place have become synonymous — so much so that when news broke that the longtime owner of the beloved dive had died, the first question for many regulars wasn't "what about the Hideaway?" but rather "what about Mark Dew?"

Patrons need not have worried. Dew not only survived the change in ownership, but has thrived. And this weekend, the Hideaway's new owners are celebrating his 30-year anniversary at the bar with decorations, cake and an invitation to any family and friends to stop by and celebrate. "We want them to come and show their appreciation for all Mark has done for 30 years," says Valerie Carroll, who's part of the bar's new ownership group.

Dew, who is blind, has a dry wit and a softspoken manner, even when he's performing. After Carroll and her friends purchased the bar this spring, he seemed a bit reserved. "I think he was scared things were going to change," she acknowledges. But even as the bar has filled with new customers, the old ones have stayed — and appreciation for Dew's talents has only grown.

"The tip jars are pretty full," Carroll observes. "He seems really happy all the time."

According to a history of his life he published online, Dew lost his eyesight before he was old enough for kindergarten. He attended the Missouri School of the Blind from 1957 to 1970 and later married his high school sweetheart. They have two children and a granddaughter.

Interestingly, that biography records that Dew started playing at the Hideaway in September 1987, which would make this 29 years, not 30. But he must have recalculated at some point, because Carroll says she heard about this weekend's upcoming anniversary directly from Dew.

He writes in his short online autobiography, "I started a real job doing dark room work in 1973. It lasted until 1986, when automation equipment replaced my services. Since then, I turned to playing the piano and keyboards to make a living."

Of the Hideaway, he wrote that he'd been there 21 years at the time he published his bio, "and I have enjoyed every minute."