LouFest 2016 Recap: The Good, the Bad and the Muddy

Yet another year of LouFest has come and gone, and now all that’s left of the weekend are the memories, a gnarly hangover and probably also a mud-caked pair of shoes you have yet to hose off. Now in its seventh year and back in local hands, 2016's LouFest saw attendance reach 25,000 concert-goers on each night, thanks to what was arguably the fest’s best lineup yet.

This year's event may have also been its smoothest running to date. Despite soggy grounds that caused the closure of the south gate and a half-hour delay in the opening of the north gate, things were back on schedule within the first hour, and the rest of the weekend went off with no apparent problems.

Here’s a look back at the good, the bad and the muddy of LouFest 2016. 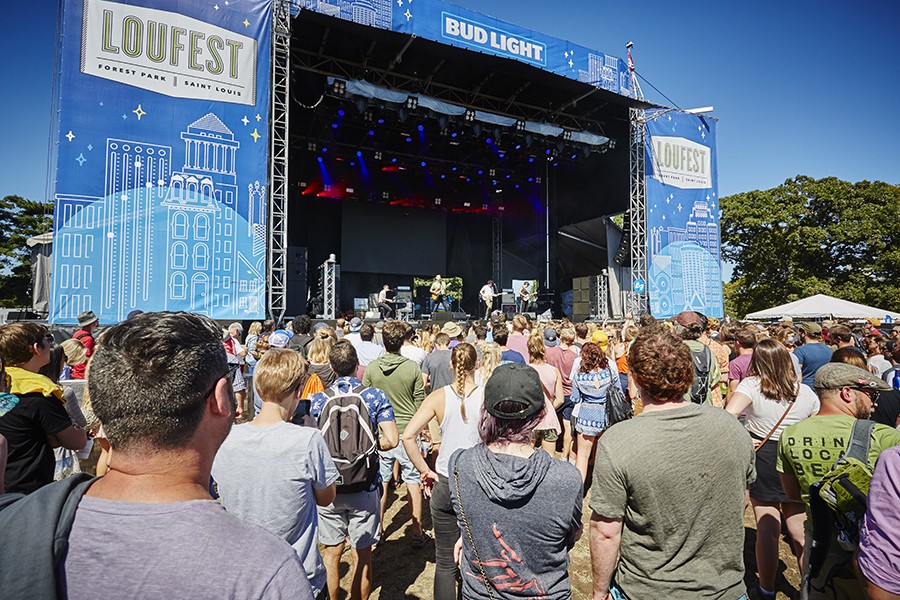 After the brutal heat to which St. Louis has been subjected for most of the summer, late-week storms came through on Friday, threatening to put a damper on the weekend’s festivities. Instead, the clouds and rain promptly moved on by Saturday morning, leaving behind clear skies, a pleasant breeze and temperatures peaking at around the 80-degree mark.

For those keeping track, this was the third consecutive year of ridiculously perfect weather on LouFest weekend. It’s starting to feel like we’re straining some sort of cosmic equilibrium.

St. Louis is regularly characterized by locals and visitors alike — much to the ire of some residents — as a “big small town.” Regardless of whether you love or hate it, at no time is that characterization more accurate than LouFest weekend. Taking a stroll across the festival grounds was a near-guarantee that you’d see someone you knew, whether they were on stage playing, in uniform working, or just hanging out and enjoying what the fest had to offer. 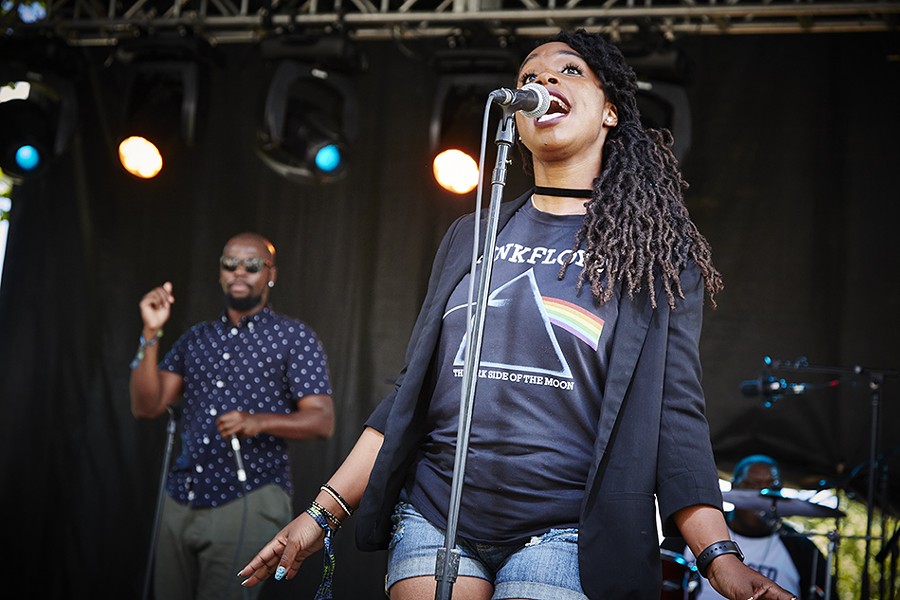 One of the most frequent complaints about LouFests past was that — though the festival tried to brand itself as local-friendly and did succeed in some ways (a solid selection local beer, local food vendors, etc.) — it never really seemed to offer much in the way of local acts. In previous years you’d be lucky to have a handful of St. Louis-based artists, and if you wanted to see all of them you were shit out of luck, thanks to less-than-thoughtful scheduling that put acts in conflicting time slots.

This year’s fest, on the other hand, did an impeccable job of tapping a larger and more diverse selection of St. Louis acts, and actually managed to schedule them in such a way that anyone who wanted to could catch every single one of them. 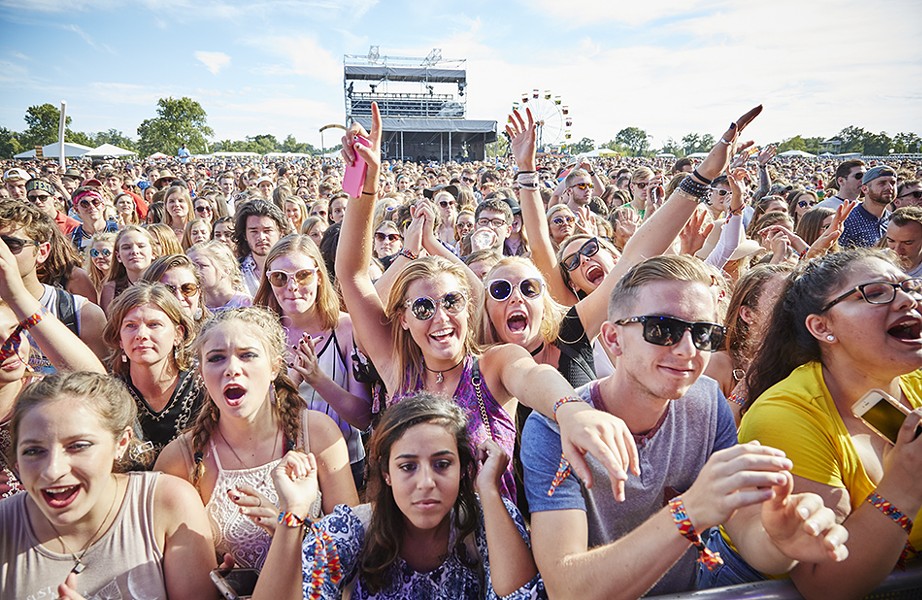 It wouldn’t have been especially surprising if Saturday’s soggy conditions and resulting gate closure acted as a deterrent to those who otherwise might have shown up early to catch the day’s local acts, but that didn’t seem to be the case.

By the time the north gate opened at around 11:30 a.m. sizable lines had already formed, ready to get the festival weekend off to a start.

The Sleepy Rubies got things rolling not long after, delivering their distinctive brand of vocal-harmony-heavy Americana to a crowd of familiar and not-so familiar faces much larger than you might have expected so early in the proceedings.

The more rugged among us came prepared with waterproof footwear and a resignation to the fact that it was only going to get soggier. Those with more delicate sensibilities, though, seemed to have a difficult time making peace with the fact that they’d be spending the rest of the weekend wading through sometimes ankle-deep muck.

More than a few pairs of abandoned footwear littered the festival grounds and surrounding area after each day was finished, but a ruined pair of shoes is a small price to pay for this year’s great weather and even better music.

LouFest is not a good place for the indecisive.

While organizers did manage to schedule every local act in a time slot of its own, hard choices still had to be made. Should you see the Kills at the Bud Light Stage or Anderson .Paak & the Free Nationals across the grounds at the BMI Stage? Ms. Lauryn Hill at the Forest Park Stage or Shakey Graves at the Shade Stage?

There is no right answer.

Aside from the music, the nearly-30 choices when it came to food vendors added to option anxiety, making the weekend an exercise in managing opportunity costs.

While this year’s LouFest may have been the Lou-iest so far in terms of both the food and music present, notably absent was one of the city’s greatest assets — its abundance of great craft breweries. There was no Urban Chestnut, no 4 Hands, not even any Schlafly to be found at this year’s festival.

Beer drinkers in attendance had only Goose Island and Anheuser-Busch products to choose from, which — while they still do the job — don’t lend the same sense of civic pride that comes along with a local beer buzz.

Listen — this whole thing’s great and all, but are we really married to the name?

LouFest sounds like something your uncle who tucks his t-shirt into his shorts would invite you to, and then when you show up it’s just him, three of his friends from high school and a crockpot of Lil’ Smokies.

Though, hey, if we're quibbling over the moniker at this point, it should mostly be seen as a sign that there wasn't much at all to complain about this year. Imperfect as it may have been, this year’s LouFest was pretty damn good, and the improvements made over past years make the festival’s future look even more promising.

Here’s to a successful seventh year of LouFest. May there be many more to come.