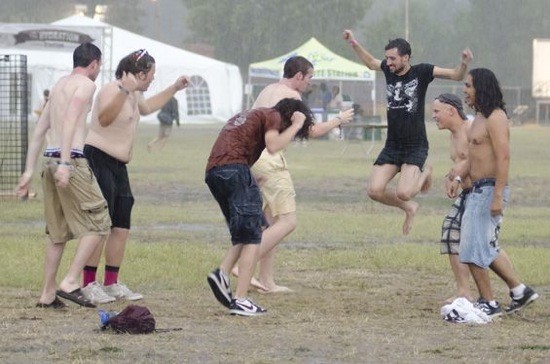 Last night's flood-warning-triggering downpour has left the fields of Forest Park a bit soggy — especially the ones near the south gates of the LouFest Music Festival. To prevent festival-goers from drowning in quicksand, LouFest's organizers have announced that the southern entrance to the festival will be closed today.

Attention! The South Gate fields are still drying out from the rain, so the South Gate will be closed today. pic.twitter.com/X0RBY5wRzz

Please use the North Main Gates to enter the festival today. #LouFest

D0314 is on site as well, recommending rain shoes for the wet fields:

In regards to the Uber drop-off location that was planned near the south gates, LouFest has said an announcement is forthcoming.