Big news from your favorite east side establishment: Pop's got a facelift. It now features a massive bass guitar stretched across the entrance. The Sauget, Illinois, concert venue, which turns 35 this November, has been playing with its branding and design for the past few years. The building is basically just a plain metal shed (some would say that it's the metal-est of sheds) so the signage is really the only place for Pop's to express its identity. There have been a few changes to the Pop's sign design in recent memory. For a long time the outside of the club featured a neon arch and a homie with an impossibly long arm playing what appeared to be a pointy Ibanez. It was very much "on brand." 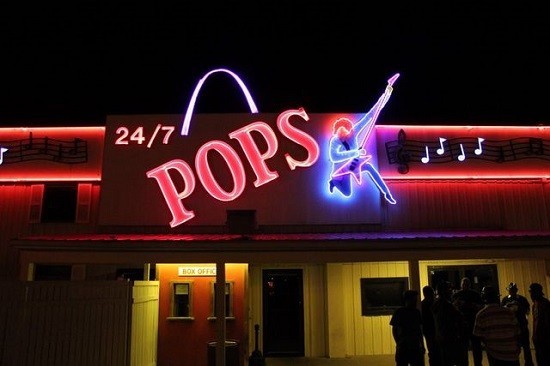 But then by 2014 the sign had changed into a more grown-up design that looked like the label on some high-end manufactured moonshine. I spent 24 consecutive hours at Pop's in 2014 so I had a lot of time to stare up at that sign while wondering what, specifically, was wrong with me. (No answers were found.) 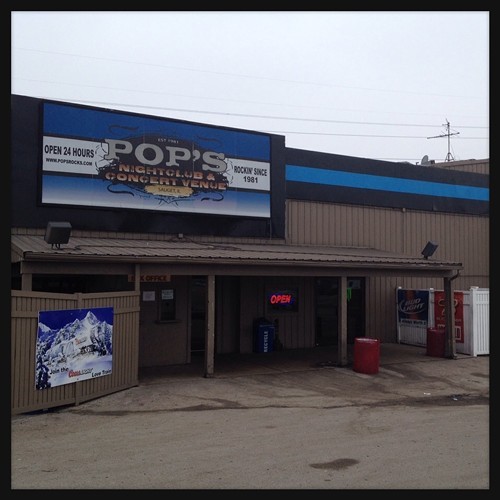 I've always thought of Pop's as the real-life version of that club in Wayne's World called The Gasworks. A refresher:

The two clubs look and seem exactly the same, right? Anyway, this new guitar design is so perfectly Pop's, it's as if Crucial Taunt picked it out themselves. We contacted the club's Director of Operations, Rich Donald, and he says that the guitar isn't quite finished but that it also gets lit up at night.