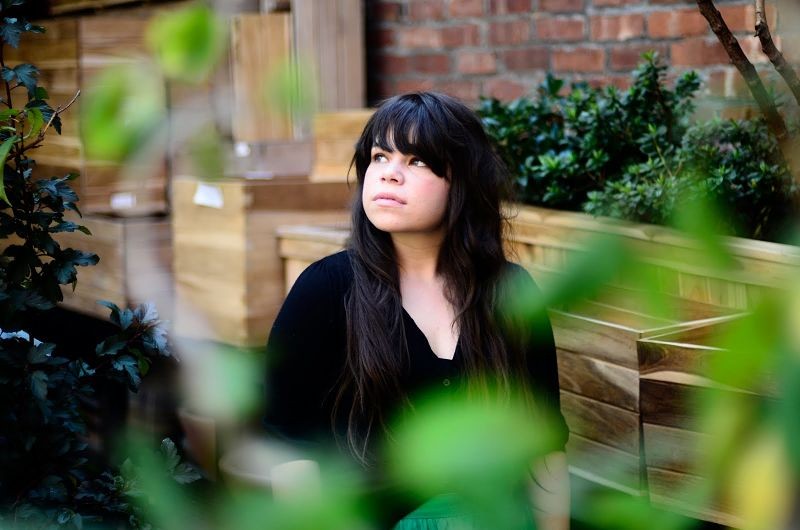 Record release shows and multi-day fests are on special this weekend. In the former category there's the Vigilettes, who will be releasing their new album this Friday at Off Broadway, and well as the Vondrukes, who will do the same thing at the same place, just a day later. In the latter category there's Pü Fest, now in its third year, which will be taking over Blank space all weekend, and Full Terror Assault Open Air Festival, which will go down at Hog Rock Campgrounds in Cave-In Rock, Illinois. Check out our full picks for the weekend below:

Pü F3st
8 p.m. Friday, 2 p.m. Saturday and Sunday. $20-$30. Blank Space, 2847 Cherokee St., St. Louis.
By Derek Schwartz
Pü Fest is a two-and-a-half day music festival that will take place this weekend at Blank Space. While the festival brings together bands from across the country, one of the its ultimate goals is to show off the diverse range of local talent right here in St. Louis that often goes unrepresented at larger commercial music festivals like LouFest. “The goal of the fest was always to represent St. Louis, to be a mirror in a sense,” says Patrick Boland, one of the event's organizers. “We make a conscious effort to have a diverse lineup in every way possible."

Full Terror Assault Open Air Festival
11 a.m., $65. Friday and Saturday. Hogrock Campgrounds, Cave-In Rock, IL, 62919.
By Kevin Korinek
This month, the Full Terror Assault Open Air Festival is back for a second go-round, with a slimmer lineup of 55 bands on two adjacent stages. There will be no shortage of talent, including St. Louis heavy-hitters Thorhammer, Fister and the Lion's Daughter — a proper soundtrack for a gore-porn snuff film or car crash fetish website. Cost of admission for the two-day event includes camping and a mix of some of the best death metal, grindcore, hardcore, punk and metal in the country.

The Vigilettes CD Release Show w/ Soma, Traveling Sound Machine, Town Cars
8 p.m., free. Off Broadway, 3509 Lemp Ave., St. Louis, 314-773-3363.
By Christian Schaeffer
“We don’t want to be a novelty act since we’re all girls,” Vigilettes singer Catlin O’Toole says. “Whenever Jessee, Mel and I started playing together, we didn’t want to play up that schtick — we wanted to do something different.” That “something different” is informed in large part by alternative rock from the mid- to late-‘90s. O’Toole lists bands such as the Breeders, the Pixies, the Cranberries and the Pretenders as personal favorites, though the influence of those acts is often more subtle than overt. “It wasn’t necessarily what I had in mind, it just evolved that way,” O’Toole says.

Skeletonwitch w/ Thorhammer
7 p.m., $15. The Firebird, 2706 Olive St., St. Louis, 314-535-0353.
By Kyle McNeil
Thirteen years after emerging from the basements and DIY spots of Athens, Ohio, the blackened thrash-metal masters of Skeletonwitch still ride strong and fast. No stranger to the road, Skeletonwitch has paid its dues with hundreds of thousands of miles traveled and innumerable stages leveled.

The Vondrukes CD Release w/ Grace Basement, Adam Reichmann
8 p.m., free. Off Broadway, 3509 Lemp Ave., St. Louis, 314-773-3363.
By Christian Schaeffer
Together marks the Vondrukes' third release overall and its first since 2012's album Runaway, Goodbye Love and a relatively recent lineup change. Jeff Griswold and Bob McKee still split the lead vocal and songwriting duties, but its former three-guitar attack is trimmed to two, with McKee and Jason Kettler digging into more riff-oriented rock & roll this time around. Allison Williamson's backing vocals and Justin Ellis' work on trumpet and organ help fill out the contours of the songs, and former Kentucky Knife Fight drummer James Baker is an able traffic controller of the more dynamic, dramatic moments on the album.

Samantha Crain w/ Matthew Milia, The Fog Lights
9 p.m., $10. The Heavy Anchor, 5226 Gravois Ave., St. Louis, 314-352-5226.
By Christian Schaeffer
Shawnee, Oklahoma native Samantha Crain has spent the better part of a decade populating her albums and live shows with folks songs filled with carefully rendered detail and the emotional ballast necessary to sell them. On last year’s Under Branch & Thorn & Tree, Crain’s voice can shake like crinkled paper or stiffen like a taut rope, and she needs little but spare guitar and violin to paint the rest of the picture. On this tour Crain will be joined by Matthew Milia of the emphatic folk/rock band Frontier Ruckus, whose recent collection of lo-fi home recordings bears the sympathetic title Even Fuckboys Get the Blues. Local duo the Fog Lights, comprising Justin Johnson and Jim Peters, will open the show.