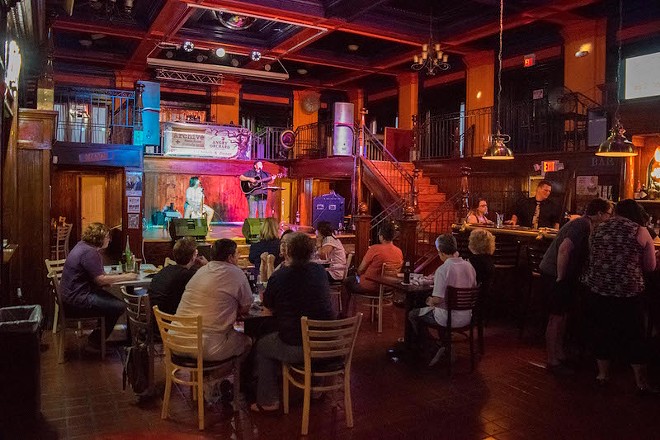 For the last few years, one of the most striking bars in St. Louis has also been the one with the most upheaval. The gorgeous old Carnegie library at Lafayette and 7th Boulevard in Soulard has been a bar since the 1960s, but most recently the turnover has been the most remarkable thing about it. Woodie's lasted less than a year. Soulard Supper Club lasted less than a month.

Tim Warren and his business partners — which include wife Stephanie Hall and the Love family, helmed by mother and son team Mary and Marcus — plan to change that. They're banking on their years in the hospitality business, which collectively top a half-century, to turn around the place's fortunes and offer a home for live music and tasty soul food, all behind that striking exterior.

Their new venture is called the Archive Music House & Southern Grill (706 Lafayette), and it quietly opened its doors in early June. Only now, though, has its owners been willing to tell their story.

"We opened quietly and got everything ready behind the scenes," Warren explains.

"We didn't want to be packed and have bad service," adds Marcus Love.

For Warren, the story began in early 2015 when he was hired to transform a shuttered venue once known as the Library into a drag bar called Woodie's. Warren, who's been a DJ around town for nearly three decades, boasts skill in woodworking, and poured his talents into rehabbing the gorgeous interior.

Like many hired guns, though, he couldn't help but dream of a place of his own. "Seeing so many bar owners over the years, and seeing everything they did right and everything they did wrong, you start to think about how you could do it yourself," he says. "You spend so many years making them money only to get screwed over in the end."

His wife, Hall, had been the longtime entertainment coordinator at the Grove nightclub Attitudes. (They met when she hired Warren to do the karaoke.) There they'd gotten to know Marcus Love, who spent more than 25 years handling security for the club. But Love had a secret talent of his own: He'd been the chef at the Flying Pig Barbecue before it shuttered and longed to return to the food business.

When it became clear Woodie's wasn't going to make it, and the burlesque club to open next in the space quickly went bust earlier this year, Warren seized the opportunity. He and Hall went all-in, envisioning a friendly neighborhood bar that by night becomes a music venue. The sizable stage provides plenty of room for performers and rock bands — without blasting patrons out of their seats.

True to their roots in the Grove, they're intent on creating a bar that's welcoming to everyone. "We don't want it to be a gay bar or a straight bar," Hall says. "We want everyone to feel comfortable." Their friend Mike Pelate, who previously served as assistant manager at Club Liquid, is serving as GM; they've also gotten an assist from friends Chris Cushing (of Cush-Denn Dreams LLC) and Luke C.J. Smith for everything from social media to web design.

And for food, they brought in Love, who then brought in his mother Mary, his wife Felisa, and his siblings Cedric, Stephen and Charmaine, as well as Mary's fiance Fabian Thompson, to do the cooking.

The recipes are all Mary Love's, and they're the dishes she grew up eating as a child in Mississippi. She honed her craft as an adult for more than a decade cooking monthly dinners at her church, Greater Fairfax Baptist in north city, she says. She'll be offering weekly "Sunday specials" every Sunday beginning at 11 a.m., with a special menu that echoes the meals she perfected there — "just real soul food signature type dishes," she says, served family style.

But bar-goers needn't feel like they've stumbled into a church. The food will be available late at night, too, and the execution is superb. You've never met a more perfectly seasoned catfish filet, with just the perfect hint of spice, served with a meaty side of spicy spaghetti. Rib tips come Texas-style on a piece of white bread, with a dollop Mary Love's signature potato salad. Creamy and mustardy, it's studded with hard-boiled eggs and pickles.

The Loves' food element is technically a separate element from the bar, as has become popular of late. With a service counter on the wall opposite the stage, the Loves are calling their enterprise Jakki's Place after from Mary Love's youngest brother, who passed away in 2008. The siblings had dreamed of opening a restaurant together, and "just to see his legacy and his name carried on means a lot to me," she says.

For its excited co-owners, everything about the Archive feels like a dream come true. Laughing about the fact there was no need for extensive renovations, Warren says, "I already did the physical changes — I just did it while someone else was paying for it!"

Adds Hall, "We all helped rehab it, and now we're back in it." For the new owners, it feels like a happy ending for a bar that's been patiently waiting for one.

Turn the page for more photos of the Archive Music House & Southern Grill. 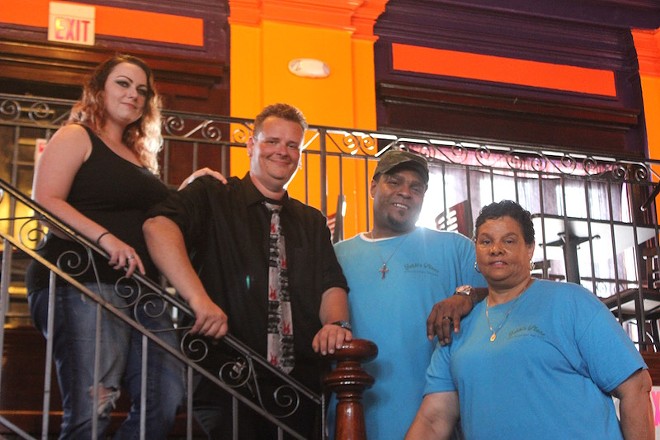 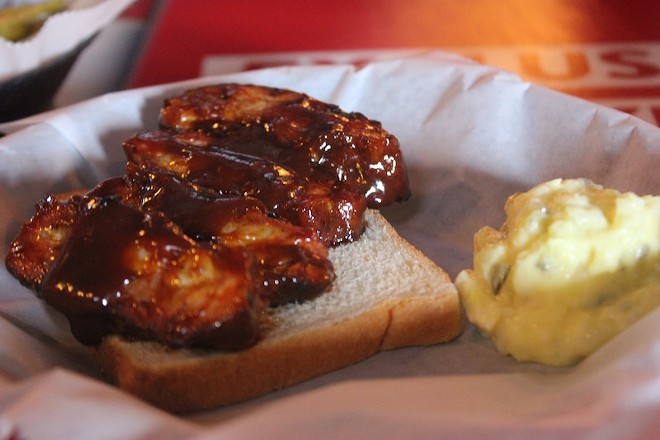 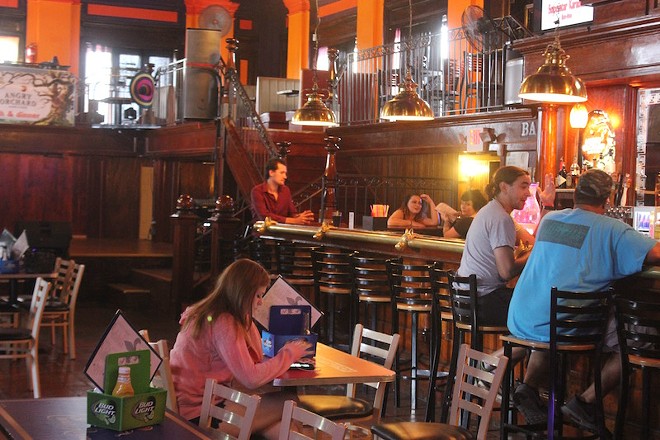 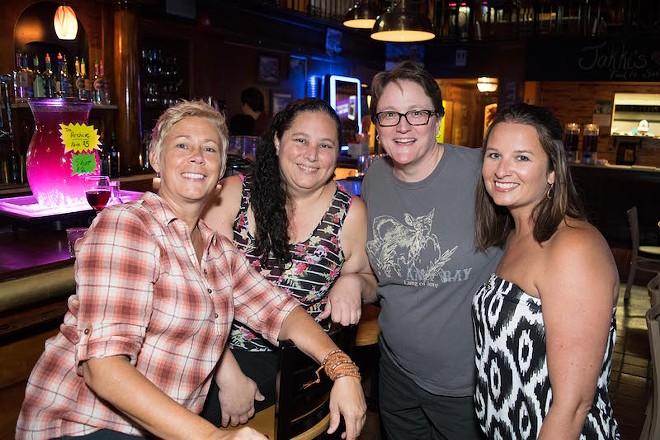 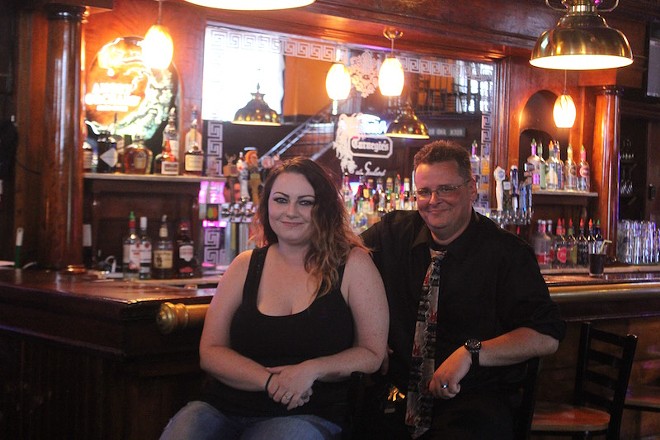 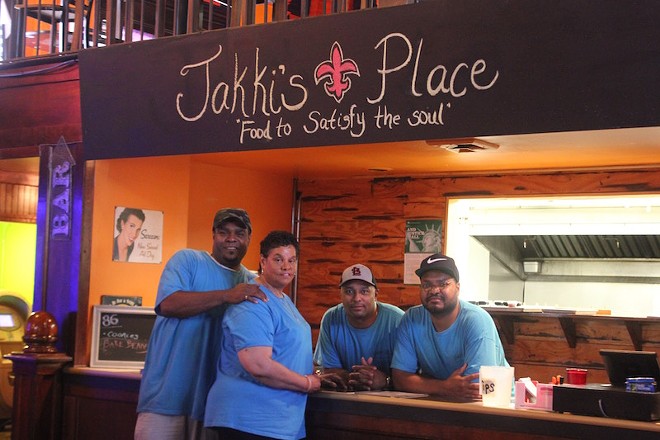 Editor's note: A previous version of this story provided incorrect info about some members of the Love family. Fabian Thompson is Mary Love's fiance, and Felisa Love is Marcus Love's wife. We regret any confusion.