Bobby's Place to Open Location on Hampton This Fall 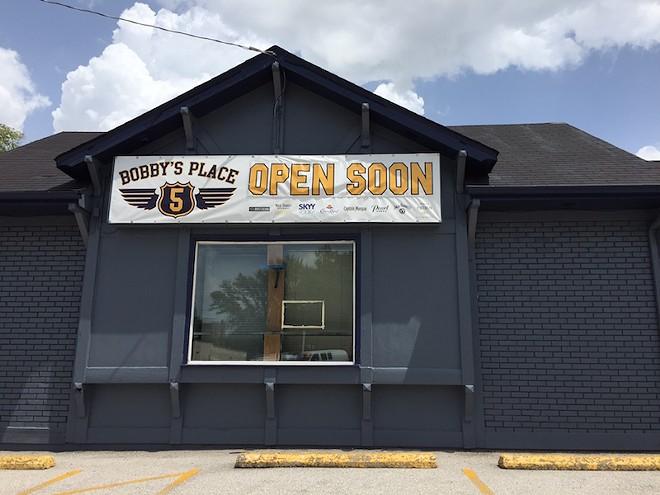 After partnering with investors to open three Bobby's Place bars across the St. Louis area, with outposts on Washington Avenue, in Valley Park and in St. Charles, Plager plans to open his fourth Bobby's Place at Hampton and Watson. That's in the shadow of the St. Louis Arena and not far from where Plager grew up.

Eric Floyd, who is one of the five owners of the bar as well as a district manager, said the new Bobby's Place hopes to open in the space that previously held Bruno's American Grill by September.

"We looked at [that space] many, many years ago, before we opened in St. Charles," Floyd says. "We decided to move on. But we like the location, and something kept bringing us back to that part of town." Bruno's closing last June created an opportunity to revisit the location, he says.

But this won't be the same low-key pub you may remember. Bobby's Place aims for an upscale sports bar feel, Floyd says. That's meant a gut rehab of the Bruno's space, which was more known for its Yahtzee games on the tables than shiny new flatscreens.

Overall, Bobby's Place will be similar to its sister bars, with a similar full menu of bar eats and the eating challenges that regulars have come to love. But this one will be special to its namesake, Floyd says.

"Since this is his old stomping grounds, he's really excited about it," he says.