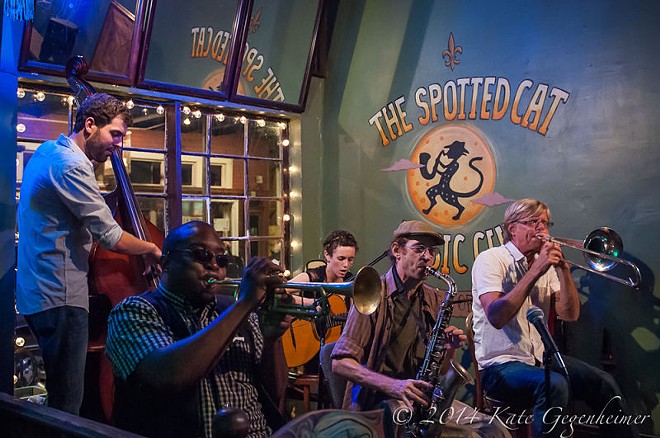 Some of us were lucky enough to catch a teenaged Charlie Halloran playing trombone alongside his older brother Tommy (a recent RFT Music Award winner) in a band called the Ambiguous They. But once Charlie came of age and decamped to his spiritual home of New Orleans, the horn player found work both in and out of traditional jazz circles, touring with the Walkmen and Squirrel Nut Zippers as well as recording with NOLA legends such as Jon Cleary. These days Halloran is playing as part of the long­-running New Orleans Jazz Vipers, who will leave their normal haunts on Frenchman Street for a set at the Focal Point on Friday night (as well as for shows at Foam, Joe’s Cafe and Blues City Deli; check those venues for dates and times).

Central Time: Alongside native son Halloran, one-­time resident Chloe Feoranzo will be part of the show; you may know her from her days in Pokey LaFarge’s band.