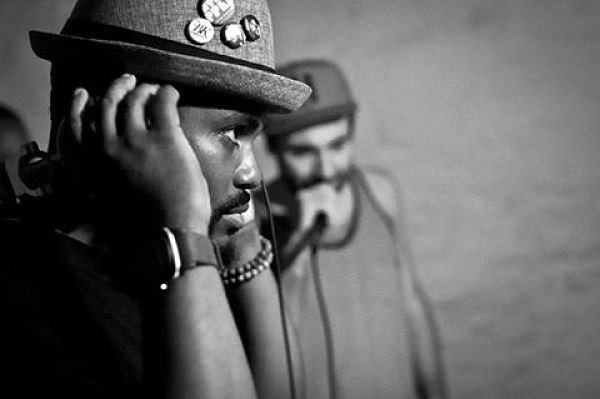 This weekend sees the four-year anniversary of the Bump & Hustle, the monthly all-vinyl party that has kept Blank Space bumping every third Saturday since 2012. Patrick Haggerty will perform his Lavender Country record, which holds the distinction as the first openly gay country album, with a slew of St. Louis musicians at Off Broadway on Friday, and the legendary Cheap Trick will perform at Hollywood Casino Amphitheatre Saturday with the similarly legendary Heart and Joan Jett & the Blackhearts. Check out our full picks for the weekend below:

Lavender Country
8 p.m., $10. Off Broadway, 3509 Lemp Ave., 314-773-3363.
By Christian Schaeffer
There are precious few bands who only release one album but see that record go on to live a life of its own. The original Modern Lovers and the Germs pulled this off, but in quieter corners of the music world, Lavender Country holds this distinction. Back in 1973, Patrick Haggerty sought to make the first gay country music record, and the band’s self-titled record mixed the hop-along tropes of country with Haggerty’s own experiences as a young gay man navigating his rural Washington upbringings through to the social upheaval that laid the foundation for today’s LGBTQIA+ movement. Lavender Country has been reissued a few times over the years, and for this tour Haggerty will revisit the album with help from St. Louis musicians like Jack Grelle, Melinda Cooper, Isaac Cherry and Chris Baricevic.

White Lung
8 p.m., $10-$12. The Firebird, 2706 Olive St., St. Louis, 314-535-0353.
By Derek Schwartz
In both her music and her writing, White Lung vocalist Mish Way pushes back against standard views on gender roles and feminism. She has written extensively about her personal experience as a woman in a male-dominated music industry, and has repeatedly challenged media narratives that label White Lung as a "girl band." She doesn't shy away from confrontation, and doesn't hide her fears or vulnerabilities. On 2014's Deep Fantasy, her lyrics explore issues of gender politics, rape culture and drug use. Her vocals are wild and gritty, a menacing combination of poppy hooks and frantic screams. "Your name in my arm / Burn it fast or he'll take your charm," she yells over a spastic guitar riff on "Wrong Star." "I'll scream, I'll hurt for you / I'll break the glass, kill that girl, swallow two / You tell me."

Hot 104.1 Super Jam 2016 w/ Young Thug, Fetty Wap, 50 Cent, 2 Chainz, K. Michelle, Young Greatness, TK-N Cash
6 p.m., $20-$125. Scottrade Center, 1401 Clark Ave., St. Louis, 314-241-1888.
By Daniel Hill
Young Thug's unusual rap style has been compared to a “beautifully played but broken wind instrument,” which is as apt a description as one could ever hope to describe his schizophrenic but wholly unique approach. Credit Lil Wayne for that — at least in part. Weezy's similarly off-kilter and damaged flow has had a tremendous impact on Thugger, who has long cited the rapper as his biggest influence. But a series of unfortunate events — not the least of which being a high-profile falling out with his long-standing label, Cash Money Records — has seen Wayne denouncing his protege and former labelmate, even going so far as to tell an audience not to listen to him anymore in April of last year. All told, though, Young Thug might get the last laugh: Weezy hasn't seen the top of the charts in some time, whereas Thugger is constantly on the rise. Young Thug will be joined by several of hip-hops biggest names.

Cheap Trick w/ Joan Jett & the Blackhearts, Heart
6 p.m., $19.95-$129.95. Hollywood Casino Amphitheatre, I-70 & Earth City Expwy., Maryland Heights, 314-298-9944.
By Roy Kasten
The Rock and Roll Hall of Fame has a lot to answer for – just ask Steve Miller, who finds the joint irredeemable – but so do rock fans, who gave Chicago 35 million more votes than Cheap Trick. But the world's greatest living power-pop band made it into the hall this year, and even ex-drummer Bun E. Carlos called a temporary truce with the band to light up the induction stage. When the band returns to St. Louis (as part of a triple bill with Joan Jett and Heart) it will be back-beated by guitarist Rick Nielsen's son and cutting its imperishable hits with new songs from the lean and loud Bang, Zoom, Crazy... Hello, its best album in 35 years.

Jack Grelle w/ The Cactus Blossoms
8 p.m., $10-$12. Off Broadway, 3509 Lemp Ave., St. Louis, 314-773-3363.
By Roy Kasten
It's one thing to play classic country music; it's another thing to write songs worthy of the tradition. Jack Grelle is doing just that. Like his brothers and sisters in the punk-conscious, American roots music world of Big Muddy Records, Grelle isn't trying to duplicate his august influences, let alone trying to score a hit. He's looking for, and finding, his own voice within the classic country-folk that John Prine (whose Midwestern twang Grelle's own often recalls) perfected. And he's doing it with his own rough-hewn honky-tonk sensibility, sweetly rasped voice and winning wit.