The Jayhawks' Latest, Paging Mr. Louris, May Be the Best of Its Expansive Career 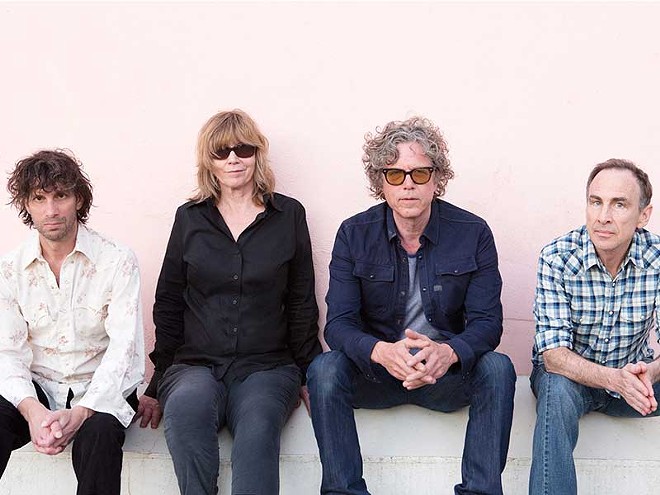 Exiting rehab in late 2012, the Jayhawks’ Gary Louris was looking to “clean the slate.”

“I just didn’t know what I was going to do,” he tells RFT Music in advance of his band's June 26 stop in St. Louis. “I started writing songs with no thought of who was going to play on them. Just sonic experiments at home.” But soon, the singer says he realized “I needed the band to survive musically and in other ways. So I put the others aside and started writing for the Jayhawks.”


The resulting album, April's Paging Mr. Proust, stands up with the band’s best work, and may finally serve as a compendium of the Jayhawks' various sonic identities over the last thirty years. Over the album's 45 minutes, Louris, bassist Marc Perlman, keyboardist Karen Grotberg and drummer Tim O’Reagan manage to both highlight previous touchstones while at the same time combining the different moods to push forward a new sound. But, Louris says, any review of the past was purely coincidental.

“It just happened,” he explains. "This record is maybe the best representation of a wider palate of what we do. We aren’t really Americana guys.”

Since its self-titled debut in 1984, the band has been frequently associated with Americana or alternative country — a genre that encompasses part old-school country, punk, folk and rock, and one that Louris says was applied incorrectly in relation to the whole of the band’s catalogue.

“That was just a brief portion of my life that’s part of my musical DNA,” he says. “I listened to [Brian] Eno way before Gram Parsons. British rock was my first love, but what I found in traditional music was a soulfulness.”

The band's ability to defy genre may stem from the scene it came out of — Minneapolis in the mid '80s. At the same time the Replacements and Husker Du were courting major labels with their take on post-punk and Prince was releasing Purple Rain, the Jayhawks — at that point led by Louris and former co-writer/vocalist Marc Olson — arrived with an album that harkened back to Parson’s work in the Flying Burrito Brothers.

“It was strange for other people — they weren’t sure what it was,” Louris says reflectively of the band’s early period. “Minneapolis was all over the board. I loved those bands, but we knew we couldn’t do that — it’s not what we were.”

Yet, thirty years later, as music fans mourn the genius that was Prince, lament the end of a Replacements reunion tour and revel in the still relevant (and amazing) solo work of Husker Du’s Bob Mould, it’s the Jayhawks — specifically Louris and Pearlman — releasing what may be their best album to date. And while Paging Mr. Proust continues to propel the band forward, a figure from the '80s indie underground — R.E.M.’s Peter Buck — helped propel the band forward.


“A few years ago [at a festival show in Mexico] Peter had offered to produce,” Louris says. “Peter is a big-picture guy, while Tucker Martine was the main engineer.”

If Buck’s friendship provided the album a producer, another friend provided the title. Asked about Paging Mr. Proust, Louris says he was speaking to a friend who was in the Amsterdam airport, and she thought she heard a page for “Marcel Proust, paging Mr. Proust.”

The singer says he has always been a fan of the author, specifically his thoughts on “slowing down… being in the moment.” Louris laughs, “I figured if I was going to be pretentious, I should go all the way.”

And the result of these influences should provide those who see the band at the Pageant this Sunday with a weird-yet-pleasant conundrum — hoping a band, thirty years into its career, will play songs off of its new album, even if it means sacrificing some of the material they first fell in love with.