Shawn Jacobs, who founded Cicero's in the Delmar Loop and ran it for close to four decades, passed away this morning at the age of 74 after an extended illness. His beloved wife Alice had passed in 2012, but Jacobs is survived by his children Derek, Trisha and Chad, and five grandchildren.

Under Jacobs’ ownership, Cicero's basement bar was the city’s post-punk/alt-rock mecca in the late '80s through the '90s. The club hosted Fugazi, Polvo, Laughing Hyenas and the Red Krayola in one year.

Jacobs had previously co-owned a deli in Westport Plaza called the Pampered Palate, as well as a heavy metal club on Laclede's Landing called Furst Rock. It was that same attention to under-served music fans that led him to start booking jam bands at a time when very few clubs would. His son, Chad Jacobs, convinced the elder Jacobs let him start booking the jam bands that now call Cicero's home.

Mike Lipel, who is the Senior VP of Sales and Marketing at the RFT, says he met Jacobs while selling him an ad, but they later became close. A visibly shaken Lipel recalls Jacobs as "a tough guy, but he was a fair guy. When you knew him and you became his friend, you were his friend. To those that were good to him, he was more than good to them. He had a code."

Lipel adds, "I've done business forever, but Shawn Jacobs was one of a kind. There are very few like him."

Lipel first met Jacobs in the mid to late '80s. At the time, Cicero’s was on the west side of the building that now houses Blueberry Hill, but already a success.

"When Cicero's first opened, he was in the kitchen cooking,” Lipel recalls. “He ran the place, he did dishes, he did it all. Somehow he came up with all the recipes. I don't think he was a cook by trade, but he was a cook by necessity."

Jacobs stayed out of the spotlight despite Cicero's prominence on the Loop. Lipel says that was part of his nature. "When people think about the Loop, people think about Joe Edwards. But Shawn was just as much of an anchor down here. He was a private guy, and he loved his family. He has three great kids, and I'd tell him that sometimes. He'd always say, 'Alice did that.' She raised them while he was working, but he was a great dad. And he adored his grandkids."

His love for his family was at the heart of who Shawn Jacobs was, Lipel recalls. "He would take the whole family on a vacation until he couldn't do it anymore. He said he was spending their inheritance, but the time they would spend together was part of that inheritance."

Jacobs was a big guy, but it was all from food. He loved dessert, and Cicero’s new dessert display case when he first moved the business to the western edge of the Loop, in 1997, was the envy of its neighbors (as well as a commercial success). He was, Lipel recalls, an astute businessman who cared about his community.

"He took a chance on music, and he did things other people wouldn't do," Lipel says. "He had a vision, and he cared about the music scene. He hired people to do the booking and the PR to take it to another level, because he had reached his limit as to what he could do. He wanted to make money, but he wanted to do something special."

At the end, Jacobs was ready to go. Says Lipel, "He told his family he wanted to visit Alice. He made a decision to go." 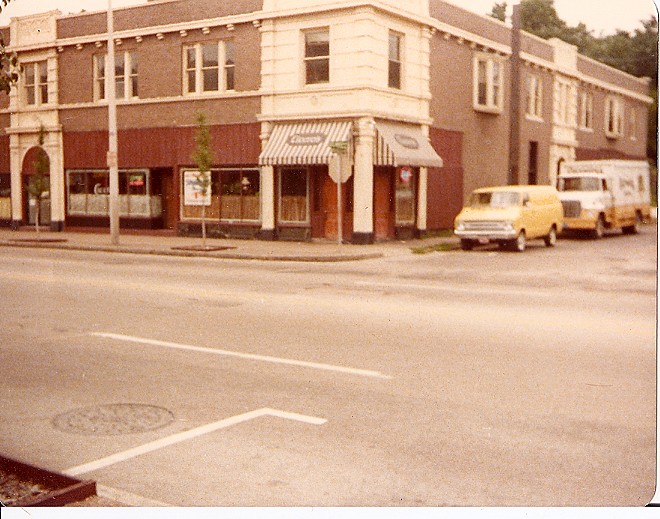 Do you have memories of Shawn Jacobs? Share them in the comment section below; we'll update this story as we gather more remembrances.

Editor's note: A previous version of this story contained incorrect info on Jacobs' club in Laclede's Landing. It was not a reggae club; it was instead a heavy metal club called Furst Rock. We regret the error.