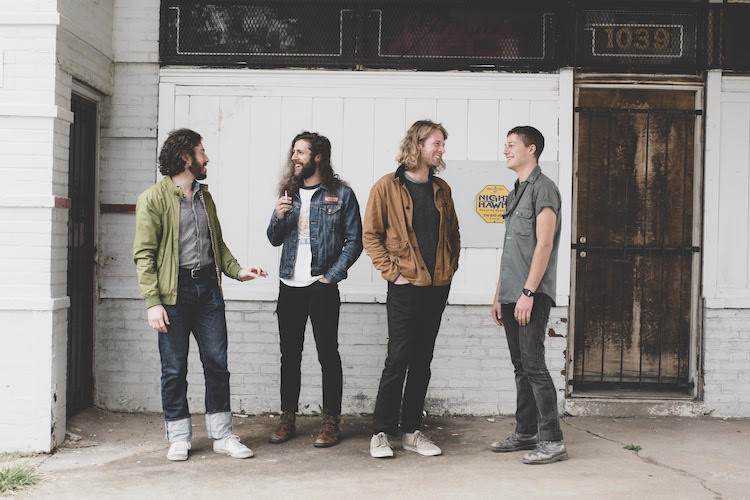 The 2016 Riverfront Times Music Showcase will be held this year on Saturday, June 18 in the Grove! By the numbers, this is the largest all-local music festival in St. Louis history with nearly 100 bands booked across 9 venues. From now until then, we at RFT Music will be making our cases for every act nominated for an RFT Music Award, so that you will be able to make a fully informed decision with regards to your vote. Read on and get yourself acquainted, and we'll see you at the showcase! The Bobby Dazzlers

The guitar-blasting, terse and tense sound of the Bobby Dazzlers recalls the catchy punk of the Undertones and the Buzzcocks. A track like "Champion" (from the newly released EP of the same name) speeds along with just the right balance of melody, fuzz, lo-fi vocals and inspired lyrics. In fact, you could be forgiven for thinking the tune was stolen from the tape vaults of the BBC's John Peel. But no, the Bobby Dazzlers aren't ripping anyone off. Refreshingly free of gimmicks and hipster attitude, the band is simply making accessible, exciting, straight-to-the-hook rock & roll.

The snarling, mathematical, junky, fuzzy sound of the Brainstems seems to come together by accidental juxtapositions, mistakes that result in a rock & roll assault that's only primitive on the surface. Sam Clapp, Sean Cotton, Andrew Warshauer and Kenny Hofmeister obviously dig the one-hit-wonder bands of the '60s garage rock explosion, as well as the Velvet Underground and Ty Seagall. But after five years together, they've tightened their sound without losing the warped and rough edges. Exhibit A: "The People's Joy," one of the weirdest and most honest tributes to the Cherokee scene any local band has recorded.

Named for the protagonist of the Fist of the North Star manga series, Kenshiro’s is comprised of Julio Prato on vocals and guitar and Antonio Leone on vocals and bass, with Jessie Vendegna replacing the group’s former drummer Joe Bayne. The band is fresh off this spring's release of its new album, Grownup Music, which Kenshiro’s previewed with the release of the simultaneously manic and earthshaking track, “Dots.” As a B-side to “Dots,” the trio also included a new version of the song “Yes Betty I’m Hungry For Love”— which has closed each of Kenshiro’s four releases to date, often serving as a vehicle for extended, noisy jams. This time, under the title “Betty (‘13 toddler demo),” the band showcases a stripped-down take.

One of St. Louis’ finest lo-fi Garage Rock gems, Shitstorm has been killing it both around town and all over the country since October 2014. Vocalist/guitarist Matt Stuttler’s hyperactive Jad Fair-unleashed vocals, combined with riff after riff of growly raunch guitar, comprises the band's signature sound. His mates, David Law, Geoff Nanheim and Karl Frank drive the dirty home while also adding a few heavy dashes of creepy. In short, Shitstorm would be the perfect soundtrack for the car chase scene in a beach party horror flick. From the jump, the band's live shows can send a crowd of people into a buzz of nervous energy. Trust that every live performance will deliver blown-out ears and a lot of bouncing heads — and that Stuttler’s glasses will likely fly off in the middle of the set.

Tiger Rider plays a peculiar kind of punk rock: it's funk-damaged in the percolating bass, ear-damaged in the slashing guitars, and utterly defiant (and anti-social to be sure) in the twisted, yelping, talk-sung vocals of Kristina Williams. Sometimes the four-piece band sounds like it would sacrifice its collective soul on the altar of Black Sabbath; sometimes it sounds like it just wants to tie you up, give you a safety pin tattoo and make you watch The Decline of Western Civilization for the twentieth time. And why the fuck not? Tiger Rider will show you what a punk-rock good time really is.