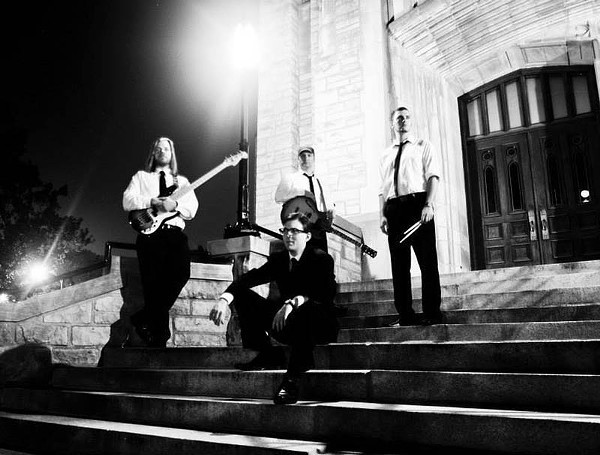 The 2016 Riverfront Times Music Showcase will be held this year on Saturday, June 18 in the Grove! By the numbers, this is the largest all-local music festival in St. Louis history with nearly 100 bands booked across 9 venues. From now until then, we at RFT Music will be making our cases for every act nominated for an RFT Music Award, so that you will be able to make a fully informed decision with regards to your vote. Read on and get yourself acquainted, and we'll see you at the showcase! 3 of 5 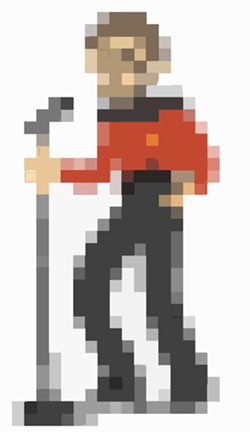 Andrew Garces' main squeeze is Vanilla Beans, but a few years ago he launched a bitpop side project called 3 of 5. Ever since, it's been the best kind of surprise to stumble into Mangia at 1 a.m. to a series of synthy boops, a light show that could easily be sponsored by Radio Shack circa 1991, and Garces at the helm — appropriately clad in his Captain Picard pullover. The only gear necessary for this project is a Nintendo DS and a stylus, but his power pop songs are so tight they could translate within any musical medium. Cuts like "Allspark" and "Everything You Do Is Gold" could easily be performed by a string quartet or a metal band and never lack for content or context. With two full albums and one EP completed since 2014, Garces proves to be a songwriting machine. 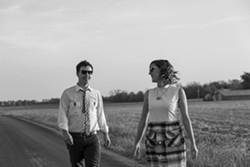 Pop music doesn’t get a whole lot more pure than what Dan Mehrmann and Kara Baldus put down as Dropkick the Robot. Both musicians have academic backgrounds in music, composition and production, but you’ll find no traces of ivory tower beard-stroking on this year’s Gadgets EP. Instead, the duo have internalized a few generations’ worth of radio hits and condensed them into original, vibrant material. Baldus shines on the click-clacking, pulsating lead-off track “Good Together,” while Mehrmann digs into the album-closing ballad “Lately” with spare guitar strums and an emotive delivery. In between those songs you’ll find a smattering of smart, expertly deployed collection of tunes that offers both accessibility and depth.

Within every discipline –- be it music, sports or computer science — there exist superstars who make their peers think, “Well, I may be good, but I can’t do THAT.” The Educated Guess’ frontman/bandleader Charlie Brumley is one such person, someone capable of taking the basic structures of pop music and expanding them to almost symphony-like levels. Following a brilliant debut in 2015, the band released a second collection of sugary sweet pop gems in April with Another Educated Guess. Beginning with a simple combination of Brumley’s voice and piano on the album’s title track “Sweet on You (And Getting Sweeter)," the genius of the group quickly reveals itself with complex multi-part harmonies and orchestration. The band's live show, featuring its members in upscale cocktail attire, could also win the award for “best show to see on a first date.”
By Jeremy Essig
Facebook | Bandcamp
Golden Curls

Sarah Downen has continued to expand the parameters of her Golden Curls project since dropping its debut EP Warm Fiction in 2012. That collection offered a few different pathways for Downen and her feathery delivery, which paired so nicely with the shape-shifting production and narcotic instrumental tracks. The band’s current incarnation features drummer Philip Zahnd and Stephen Favazza (of Hands and Feet) on guitar and other manipulations. The group’s “Black Forest,” on this year’s edition of FarFetched’s Prologue comp, finds Golden Curls in a dubby, trippy headspace that’s a bit more beat-centric than its debut EP.

Never change, Vanilla Beans. Keep pumping out homemade jams that mix twee sweetness, twin-guitar solos and Moog synth manipulations. On last year’s Flora-Tape, the trio of Andy Garces, Ani Kramer and Todd Anderson cranked out five irrepressible tracks with little more than laptop-based drum loops, overdriven guitars, a little synth and a lot of charm in Garces’ and Kramer’s paired vocals. It’s a formula that has worked for the band over the last few years and a series of low-stakes EPs. But don't be surprised if the members actually have a surprise full-length up their collective sleeves and are just waiting to drop it on an unsuspecting populace in dire need of sweet, danceable basement pop.