The 2016 Riverfront Times Music Showcase will be held this year on Saturday, June 18 in the Grove! By the numbers, this is the largest all-local music festival in St. Louis history with nearly 100 bands booked across 9 venues. From now until then, we at RFT Music will be making our cases for every act nominated for an RFT Music Award, so that you will be able to make a fully informed decision with regards to your vote. Read on and get yourself acquainted, and we'll see you at the showcase! Animal Children 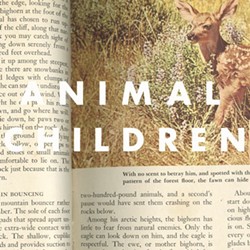 The brainchild of drummer, composer and educator Kaleb Kirby, Animal Children released its self-titled debut full-length album last year, but has only played a small smattering of shows around the city. Kirby describes the sound of the group — composed of a revolving cast of some of the city’s best young jazz players — as “a mixture of jazz, rhythm and blues, dope beats, sweaty palms, broken hearts, and broken necks.” Like most contemporary jazz these days, Kirby’s compositions are sprawling labyrinths full of complex harmonies and rapid-fire metric shifts. And, like many of his peers in the contemporary jazz world, Kirby infuses his tunes with the musical vernacular of genres like hip-hop and indie rock to create pieces that — though undeniably heady — are surprisingly easy to listen to.

It’s probably fair to call Dave Stone a musical institution. The saxophonist, a Webster grad, is now in his 21st year of a weekly Friday-night residency at Mangia Italiano alongside bassist Bob DeBoo and drummer Kyle Honeycutt. In addition to the straight-ahead jazz he creates with that trio, Stone has been a longtime contributor to the city’s under-appreciated but nonetheless fertile scene of experimental and avant-garde music makers, most recently joining up with former Little Big Bangs drummer Drew Gowran to form Musth Bardo, a new duo that continues Stone’s tradition of balancing his more conventional jazz output with free improvisation projects. Whether he’s playing standards at Mangia or engaging in free-jazz freakouts at the Schlafly Tap Room, one thing is for sure: Stone is a singular voice in St. Louis music. 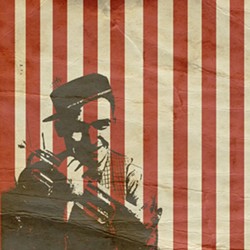 British trumpeter TJ Muller originally made his way to St. Louis in 2013 thanks to his work backing Pokey LaFarge. After he parted ways with his former bandleader in late 2015, Muller formed the Gaslight Squares, enlisting a core group of Jacob Alspach on tenor banjo, Matt Sellers on piano and Jon Weiss on tuba, though the quartet is often augmented by additional players — occasionally even swelling to a seven-piece. Named for the short-lived entertainment district that occupied the intersection of Boyle and Olive during that pre-rock & roll beat era, the band is part of a growing traditional jazz revival in the city hearkening back to the square’s brief time as a thriving arts and entertainment hotspot. These days the group brings their old-fashioned sound to Yaqui’s on Cherokee every Friday night from 10 p.m. to 1 a.m.

Alongside fellow nominees the Gaslight Squares (with whom the group shares trumpeter/banjoist TJ Muller and trombonist/banjoist Jake Alspach), the Sidney Street Shakers are an integral part of St. Louis’s burgeoning traditional jazz scene. In addition to Muller and Alspach, the group consists of Chloe Feoranzo on clarinet, Kelly Everett on bass and tenor saxophones, Kyle Butz on trombone, Joe Park on guitar and plectrum banjo, Mary Ann Schulte on piano, Ryan Koening on percussion, Joey Glynn on bass and Matt Meyer on drums. Though the two groups share both personnel and an early-jazz sensibility, the Sidney Street Shakers tend to fill significant portions of their sets with sultry, swinging, down-tempo tunes, whereas Muller and Alspach’s other group keeps things light, bouncy, and brisk.

Singer, guitarist, and songwriter Tommy Halloran is one of the city’s hardest-working musicians, playing more than 300 shows per year. Despite being a longtime fixture in the local music scene, it wasn’t until 2013 that Halloran formed a band to back up his immediately recognizable croon. These days Tommy Halloran’s Guerrilla Swing occupies a unique place in St. Louis’ musical landscape: The group deftly bridges the gap between the city’s traditional and contemporary jazz scenes — which tend to intermingle more rarely than you might expect. While Halloran’s own songs and many of his cover choices line up with a more traditional sensibility, the musicians that make up the group — saxophonist Kristian Baarsvik, bassist Andy Hainz, and drummer Kaleb Kirby — add an undeniably progressive element to the sound. To get an idea of the group’s tight musicianship and distinctive style check out Guerilla Swing’s most recent release, the 2015 EP State Streets.