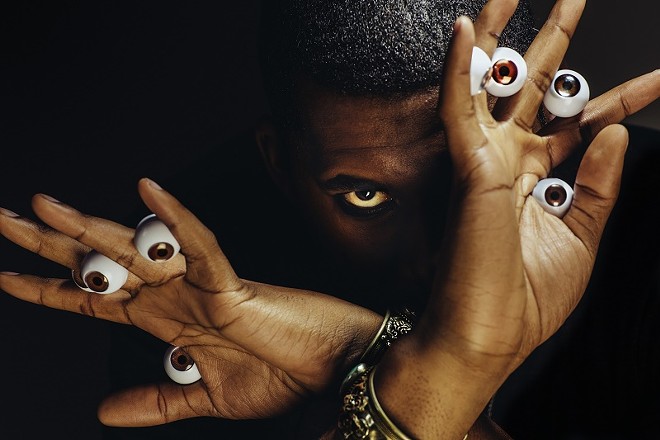 Murmuration Festival, by its founders' vision, will be a mufti-faceted three-day affair combining science, technology, art and music across multiple stages at the Cortex Innovation Community campus in Midtown St. Louis. The fest will feature presentations from speakers in the scientific and technological fields and a juried art competition in addition to musical performances.

When the fest was first announced in February, Cohen was relatively coy about what acts might perform, saying only that they're "looking at bands who integrate art and technology in new and interesting ways — either with their sound, their live show or their approach to music in general."

From the looks of the roster, which includes St. Louis acts Ice and Yowie, that means artists who push the envelope or take an off-kilter, artistic and/or futuristic approach to their work. We'll take it!

Murmuration will take place September 23 to 25 at the Cortex complex. For more info visit the official website.

Check out the full lineup below: