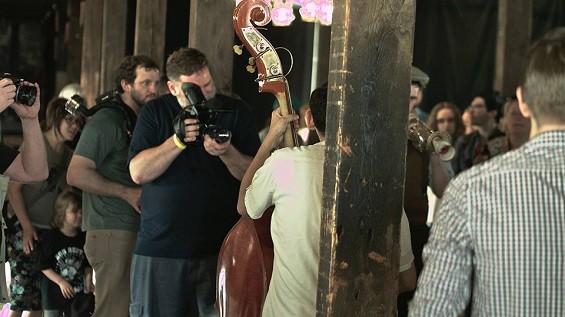 St. Louis videographer Bill Streeter's Lo-Fi St. Louis is now in its fifth year of producing the popular Lo-Fi Cherokee series. Each year more than a dozen bands take over an equal number of venues along Cherokee Street, playing brief sets while Streeter and Co. undertake the monumental process of capturing each performance. It is a task near-Sisyphean in nature, and the fact that the crew successfully pulls it off year after year stands as a testament to their immense talent. This April saw eighteen different performances by local artists including American Wrestlers, Thelonius Kryptonite, Adult Fur and Tortuga; this party at 2720 Cherokee will be the public's first chance to view the completed videos.

Ones and Twos and Other Numbers: Stan Chisholm, a.k.a. 18andCounting, will be spinning records throughout the night.

Watch a playlist of last year's Lo-Fi Cherokee videos below: