Critic's Pick: Tortoise to Perform at the Ready Room on Monday, May 9 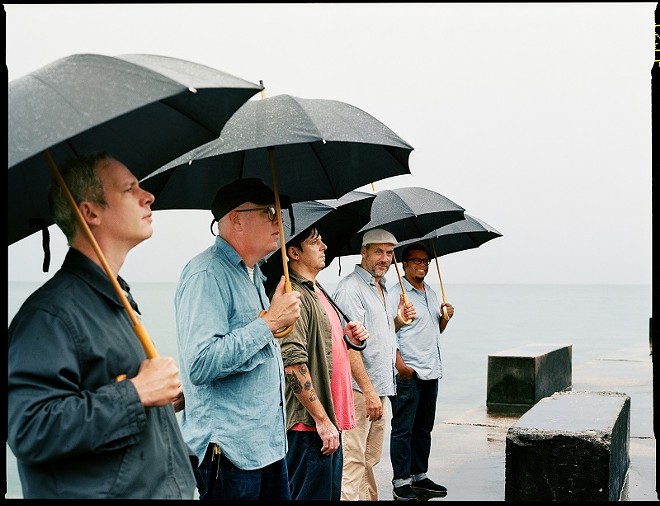 Try to define the contours of long-running instrumentalists Tortoise at your own peril. At this point, it’s easier to say that the Chicago-based quintet plays Tortoise Music rather than trying to cram in the wisps and wafts of dub, outré jazz, Kraut-rock and more that has marked the band’s discography. On this year's The Catastrophist, its first in seven years, the band scatters seeds far and wide while maintaining an indelible commitment to shifting rhythms and deep grooves. Take a song like "The Tesseract" as an example; on the track the band employs a de-centered, math-rockian structure, but overlain with cream fusion guitar and zippy synth.

Arrive On Time: Underground music lifer Chris Brokaw, who has played with Come, Codeine and many others, will open the show.

Listen to Tortoise's song "Gesceap," from The Catastrophist, below.