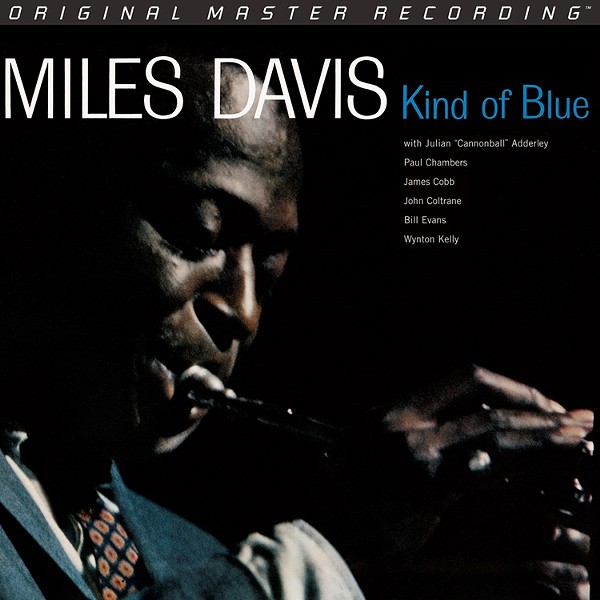 The recent biopic Miles Ahead focuses on Miles Davis' five-year hiatus in the late '70s, which puzzled his fans. With Don Cheadle playing the Alton native and Ewan McGregor as a journalist, the movie essentially works as a buddy film set in 1980 New York, complete with guns, fists and car chases, and Davis as the heavy-duty gangster at the center of it all.

Cheadle catches every aspect of Davis' personality, all the way down to the raspy voice, and the movie ultimately serves as a much-needed tribute to Davis’ pioneering life and music.

But jazz is not as popular as it was when Davis started his long career, even though his albums remain influential. If you're not familiar with Davis' music, here are six classic Miles Davis albums that you must hear in order to appreciate his talent and his impact on the current state of music.

1. The New Sounds
This 1951 album marks the debut of Davis as a band leader and is his first for Prestige Records. Prestige would serve as the early record label for Davis, although he made occasional recordings for Blue Note and Debut during his tenure at Prestige. It's only four songs long, but with Miles joined by Jackie Mclean (alto saxophone), Sonny Rollins (tenor saxophone), Walter Bishop (piano), Tommy Potter (double bass) and Art Blakey (drums), that's all you need.

Favorite album song: "It's Only a Paper Moon," later covered by greats such as Sammy Davis Jr., Frank Sinatra and Art Tatum. Davis' version of the song represents a time when the instrumentalist was just as important as the vocalist. Young Davis plays sharply alongside legendary saxophonist Sonny Rollins, each one putting their musical stamp on the song.

2. Porgy and Bess
1959 was the year of jazz, and Davis led the way with this one and Kind of Blue (see below). Porgy and Bess marked the second collaboration of Davis and arranger Gil Evans, and features trumpeters Ernie Royal, Bernie Glow and Johnny Coles, and saxophonist Cannonball Adderley.

Favorite album song: Porgy and Bess is one my favorite productions and the Davis soundtrack is part of my vinyl collection for multiple reasons. I particularly love the song "I Loves You, Porgy" because of its romantic nature. In the song, Bess confesses her fears of being taken away from Catfish Row and Porgy to Crown. Nina Simone and Billie Holiday's renditions of the song are personal favorites when I can get away from the Davis instrumental.

Favorite album song: This is one of a few albums that can be played from start to end, but opening track "So What" welcomes listeners into a harmonic world controlled by brass, woodwind, keyboard and bass. The song offers a mysterious and confusing beginning, and leaves you wondering, "What's next?"

4. Nefertiti
Nefertiti is one of Davis' greatest albums, just like the 18th Dynasty was one of Egypt's greatest. Nefertiti was recorded in Columbia's famous 30th Street Studio and released in 1967. This is Miles' last fully acoustic album — what follows is his electric period. Personnel included Wayne Shorter (tenor saxophone), Herbie Hancock (piano), Ron Carter (double bass), and Tony Williams (drums).

Favorite album song: Davis' trumpet and then Hancock's piano make the first impression in the opening track, "Fall." I'm in love with this song for Shorter's saxophone solos throughout it, a likely tribute to John Coltrane, whose life ended two days before the recording.

Favorite album song: Maybe I'm a fool for a woodwind solo, but "Two Faced" is great song. "Two Faced" demonstrates how Davis was ahead of his time not only as a musician but as an arranger. Wayne Shorter wrote the song, and it appears in a different form on his 1969 album Super Nova. Davis' version offers the playing of two legendary pianists in Hancock and Corea, and they deliver eighteen minutes of funky jazz fusion that cannot be matched.

6. Doo-Bop
The final studio album by Davis was released in 1992, a year after his death. Davis conceived the project as a chance to work with young hip-hop producers, whom he found with the help of Russell Simmons. Davis died partway through the recording, so the masterpiece was finished by hip-hop producer Easy Mo Bee, and it's a mixture of rap jazz, acid jazz and bebop. In 1993 Doo-Bop won a Grammy for Best R&B Instrumental Performance.

Favorite album song: "The Doo-Bop Song" is the ultimate tribute to hip-hop by Davis. His trumpet plays over Kool and the Gang's "Summer Madness," which had been sampled the year before by two kids from Philly — Will Smith and DJ Jazzy Jeff. The hit single "La Di Da Di" by Slick Rick (who plays the Pageant on May 15) and Doug E Fresh also bounces through the mix. The "Doo-Bop Song" shows Davis still hungry to innovate and experiment after more than 40 years of creating.