That Dance Track Tearing Up the Billboard Charts Is Straight Out of St. Louis 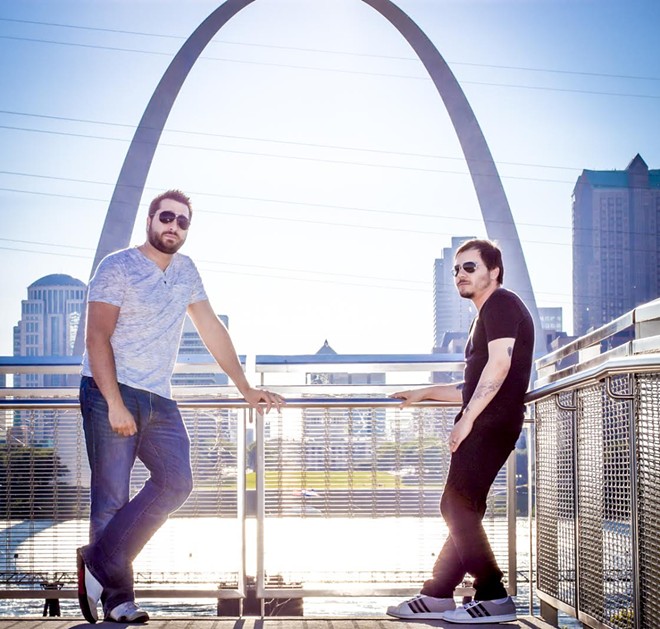 On the night before New Year's Eve 2015, St. Louis-based Serbsican opened for the Swedish DJ StoneBridge at the late, great downtown club Harry's. Their set blew him away — it was "the best opening set I've heard in five years," he later recalled.

And so StoneBridge approached them with an idea. He had a new track he was working on called "If You Like It." What if they did a remix?


Serbsican — which comprises Emilio Hernandez and Andrija "Dre" Divac — had just two weeks to work their magic. "We were in the studio almost nightly," Divac recalls. "We didn't want to disappoint."

Far from it. Upon hearing their remix, Divac says that StoneBridge "was over the moon. He smashed it. That's when we knew it was headed in the right direction."

Released on Spotify in early March and then everywhere else a few months later, the remix is generating huge buzz — and helping "If You Like It" tear up the Billboard charts. Right now it's No. 3 in the dance category, with streaming of Serbsican's track one of the factors driving its success.

Both Divac and Hernandez had treated their DJing as a hobby. They teamed up for the first time three years ago after each spending a decade or so doing solo work. Both St. Louis natives, they knew better than to take their music too seriously. "When we initially started, it was a hobby," Hernandez says. "Even still it's a hobby. If it stops being fun, what's the point of doing it?" Their name was originally a bit of a joke — "Dre's Serbian, I'm half-Mexican," Hernandez explains — but they ended up liking how it rolled off the tongue.

They continue to both maintain their days jobs; Divac, 34, is a network engineer, while Hernandez, 30, runs a manufacturing warehouse for e-liquids. But the success of their remix is making them wonder if there might be full-time DJ work in their future.

"We both have families," Divac says. "But one day we hope to get to the point where we can wake up and just work on our music."


We welcome tips and feedback. Email the author at [email protected]