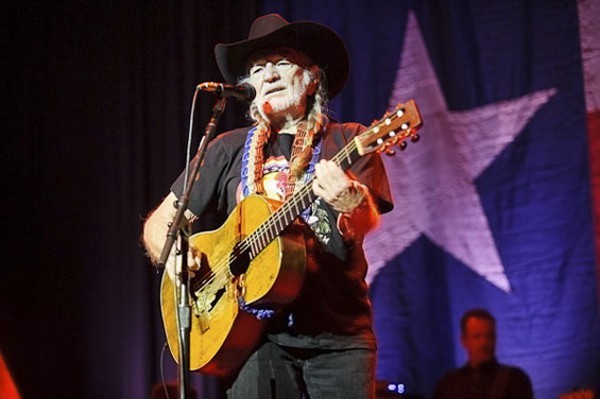 The year 2016 has been a tough one for music fans. In only the first quarter we’ve lost some of the most influential musicians from the last century, from Phife Dog to Lemmy Kilmister to David Bowie, and most recently, Merle Haggard.

This list won’t be getting any shorter; many musicians who single-handedly changed their respective genres are rapidly approaching the age where catching a cold could mean certain death. Watching these innovators grow old has resulted in a growing trend of “last-chance” concert-going. Some want to see these legends because they genuinely love their music, some are hoping to be there for their last show and some are even hoping to watch them croak on stage. I call it Morbid Musical Tourism.

Merle Haggard pulled out of his remaining dates with Willie Nelson & Family for health reasons in late March, including his St. Louis stop. He died April 6, a devastating blow to any fans hoping for one last Morbid Musical Tour. But they still dutifully showed up to a sold-out Peabody Opera House April 9 to celebrate his life and see Nelson perform. The mostly middle-aged white crowd was decked out in fringe and boots, with fewer cowboy hats and more metal t-shirts than you might expect.

There were several Merle Haggard t-shirts with the slogan “America — Love it or Leave It,” recalling the recent Donald Trump political rally held at the same venue and reminding me that not all Nelson fans are peacenik, weed-soaked hippies — although plenty of bloodshot eyes were in the crowd.

Haggard’s slot on the tour was filled by Jamey Johnson and Ryan Bingham, who respectfully peppered their sets with Haggard covers, honoring the great Bakersfield legend who directly influenced their sound.

Johnson and his band, which included Lukas Nelson, Willie’s son, played with expertise and grace. To the delight and surprise of the audience, Lee Ann Womack came onstage to sing with Johnson. Her unannounced presence elicited loving cheers from the audience.

Womack absolutely killed it — her harmonies with her first collaboration, “You Take Me for Granted,” showed the audience just how lovely the Peabody Opera House can sound. She prefaced the next song by apologizing: “I’ve never sung this song before, but I’ll try.” She paused, beaming, before adding, “I think I can,” to cheers of encouragement (“Get it, girl!”), before performing a gorgeous version of the Willie Nelson classic “Yesterday’s Wine.” The tributes to Haggard and Nelson were heartwarming and well-executed, a moving way to celebrate both the life of the recently deceased legend and the still-rocking Nelson.

Unfortunately, not everyone in the crowd was feeling the love. The gentleman directly in front of me loudly chastised a drunk a few seats away for talking during the performance — their combined efforts effectively distracting everyone in a twenty-seat radius.

Later in the show, when Drunk Guy was sufficiently drunker, he loudly chastised Uptight Guy for using his cellphone during the set (the latter was updating a setlist — I peeked), resulting in a brief yelling match. “I’ll have you thrown out,” said Uptight Guy.

“Why don’t you get off your phone? It’s distracting,” mocked Drunk Guy. The feud fizzled, then festered, as confrontations often do between pear-shaped, middle-aged men in public settings. Both men stole glowering glances at each other for the duration of the set. I couldn’t help but think of the Trump rally again.

Nelson’s set began with “Whiskey River” — Nelson played occasionally, as he would for the duration of the night, with varying degrees of lucidity, in and out of the distinct style that made him famous. A friend compared his occasionally erratic playing to “a shaggy old dog on a leash, having a bit of a hard time keeping up, but just happy to be out on a run.” Although the guitar work was occasionally disappointing, his voice and his smile were winsome and his band was excellent, playing through rocky territory with unflappable skill. Nelson seemed to know when his game was off, and would double back and play with intense focus, occasionally soloing with machine-gun speed.

Nelson had “Trigger,” his beat-up junker of a Martin guitar, slung around his neck — you could see the hole in its face from the balcony. The ravaged six-string was used on some of Nelson’s most acclaimed records, Red Headed Stranger and Shotgun Willie, and its presence was as historic and humbling as the performer who held it. Nelson’s braids hung long and frizzy under his signature Willie Nelson red bandana (on sale in the lobby for $20 each, naturally). The Texas state flag hung behind Nelson’s band, which consisted of an upright bassist, a baby grand piano played by his sister Bobbie Nelson, electric guitar by Lukas Nelson, a killer harmonica player named Mickey Raphael and two percussionists who swapped playing a minimal drum kit and auxiliary percussion.

One of the more popular tunes of the night was “Beer for My Horses,” a duet recorded with Toby Keith and released three weeks after the U.S. invaded Iraq, popular in post-9/11 xenophobic America and popular among the crowd at the Peabody Opera House. It is a catchy tune, even if the lyrics are a bit unsettling: “Too many gangsters doing dirty deeds/We’ve got too much corruption, too much crime in the streets/It’s time the long arm of the law put a few more in the ground/Send ’em all to their maker and he’ll settle ’em down.”

Willie Nelson & the Family band alternated between ballads and rockers, and, while his playing was considerably better on the faster-paced songs, Nelson’s voice and invitations to sing along during the slower songs seemed personal, spiritual and important. During “Funny How Time Slips Away,” Nelson sang, “Gotta go now/I guess I’ll see you around.” It felt like both a eulogy for the friend he’d recently lost and a prophecy for himself.

Nelson played “Oakie from Muskogee” in tribute to Haggard, joined by Lee Ann Womack, Jamey Johnson and Ryan Bingham. They stayed onstage and sang along while Nelson played some favorites, including “On the Road Again” and “Roll Me Up and Smoke Me When I Die,” during which smoke of a different sort wafted up from somewhere in the center of the audience -– the first and only time I smelled it all night. They closed with a rousing rendition of “Will the Circle Be Unbroken” and the crowd stood — clapping, stomping and singing along, turning the Peabody into a revival house. The only stationary person in the crowd was Uptight Guy, who stood with his arms firmly crossed, casting hateful glances at Drunk Guy (but presumably still enjoying himself in his own uptight way).

Willie Nelson stayed onstage for several minutes after the show, signing autographs on bandanas and other merch -– he held up a tin sign with a pot leaf that said “Willie Nelson First Aid” to cheers from the remaining audience — while the Family played an instrumental version of “Will the Circle Be Unbroken.” There was no encore, and the crowd filed out obediently, if drunkenly, when the houselights came on. They’d seen Willie Nelson, and could mark it off their list.