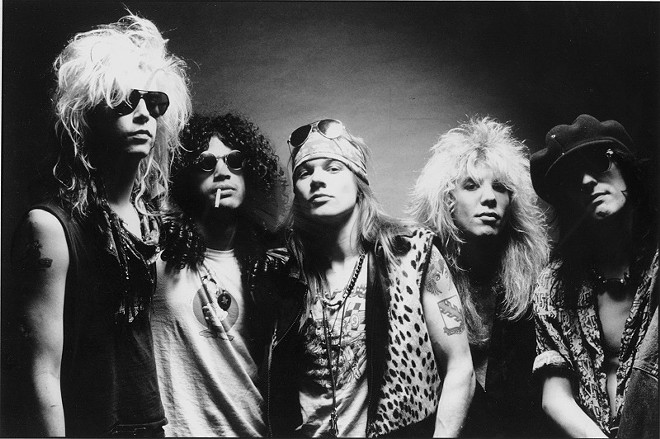 A spokesperson for Gun N' Roses has confirmed with RFT Music that the band will not be performing in St. Louis this summer as part of its "Not In This Lifetime" reunion tour. She says the show was cancelled due to a lack of a venue that was willing or able to host it.

"Most tours of this magnitude are planned well in advance, but we're working on GNR time," the rep, who asked not to be named, says. "GNR has every intention of coming back but can't make it happen on this tour."

She goes on to explain that a lot of the details of the tour were still up in the air even when St. Louis was initially announced as one of the stops.

"When Guns N Roses teased the 2016 tour last Friday, the actual tour routing was still in development, and the expectations was that all 21 cities would be included,' she says. "Over the subsequent days as the routing and logistics were being finalized it became evident the calendar would not allow for the tour to make a stop in St. Louis."

It is true indeed that tours of this size are usually planned well in advance — sometimes by up to a year. And it is also true that Guns N' Roses doesn't generally work on the same timetable as everyone else. Still, it seems interesting that the last time the band came to town the venue suffered $200,000 in damages — and now they're having a hard time finding a venue to host them again. Furthermore, we know of a certain large-scale St. Louis venue that doesn't have a whole lot on the calendar this year.

But honestly, can you blame St. Louis' venues for being hesitant?

It is also true indeed that today is April Fool's Day, a 24-hour nightmare of online misinformation presented under the guise of a prank, and that GNR's official website currently has this image on its homepage: 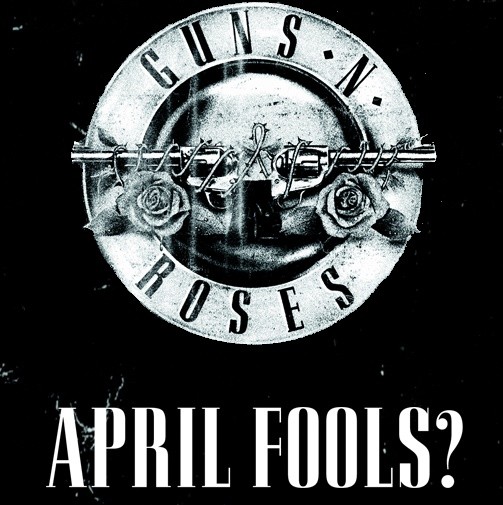 St. Louis' dropped date is not the only thing putting GNR in the news today, though, so it is difficult to surmise if it is related. Time will tell on that one. For now, our source is insistent that the band does plan to come to St. Louis in the future, but that it will not be happening this summer.

"This is not the end; this is just the beginning," she says.