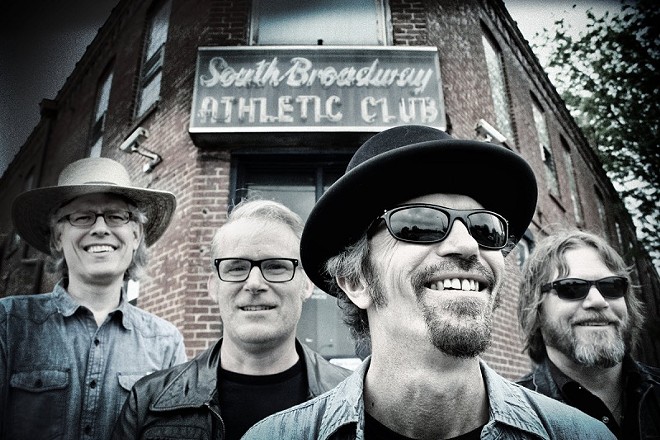 Kevin Wilkins is a small claims lawyer who focuses on personal injury work by day. But by night, he's the newly elected, and already outspoken, president of the South Broadway Athletic Club.

The Kinmundy, Illinois, native's law practice in Lafayette Square takes up most of his time, but he’s dedicated to breathing new life into the troubled Soulard club, which has suffered a slew of financial difficulties in recent decades. (As reported by RFT in 2015, the place was even in danger of closing outright after more than a century in business.) 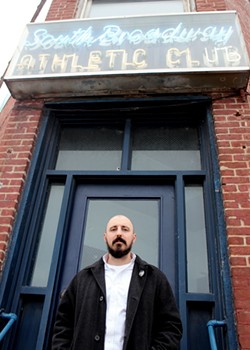 And though he’s only been a member for a year, Wilkins is planning a litany of events on site, both to grow its membership and get the community more involved, including music performances and a monthly antique market that first took place in January.

“The first one was a huge success,” Wilkins says. “We had 25 vendors out here with some really cool stuff — vintage clothing, records. It was packed.”

Recently, Wilkins booked a March 26 benefit show for the space, featuring St. Louis alt-country act the Bottle Rockets. The club has a special connection to the group — it's where the band's lead singer, Brian Henneman, first met his wife.

“It was where we went on our first date,” Henneman reminisces. “Instead of going to the movies, we’d get drunk and watch wrestling. It was good fun.”

But the club became even more important to the Bottle Rockets last summer, when the band used its name as the title of its latest album.

“We were taking publicity photos in south city and just happened take one in front of the club with the neon sign behind us,” Henneman says. “And it looked like album art. And we just had it — we had the title, the artwork and everything.”

The South Broadway Athletic Club has been in operation since 1899 — well over 100 years. It started as a debate club before transitioning to boxing, legend has it (if you think about it, boxing is sort of like debating, but with your fists).

Over time, the club came to host amateur wrestling matches and saw the likes of Ric Flair, Rocky Johnson and the Million Dollar Man pass through its doors. It still hosts a wrestling match once a month, typically packing the place.

Wilkins initially became a member of the club last year, thinking that he might try out boxing. But the club had other plans for him.

“I had only been here for a few months, but I helped them sell the gym property they owned and that helped keep the club afloat,” he explains. When election time came around, Wilkins was asked to run for president, winning by a wide margin.

“I think one of the reasons I was able to become president is because I’m straight with people — I don’t bullshit. And people are pretty receptive to that,” he says.

Once elected, Wilkins went to work finding ways of bringing the club closer to solvency, focusing on event planning to draw more revenue. Wrestling and youth boxing still help pay the bills, but what the club really needs is more membership.

“At one point, we used to have 300 active members, but we just don’t have those kind of numbers now,” he says. “And we need new members. We need their help, we need them to be active and involved with ideas and energy on how to grow the club.”

With any luck, a packed house at the Bottle Rockets' performance will give the club a much-needed boost. Henneman and his bandmates only wish they could do more.

“We realized we never even asked them if it was OK to name the album after the club,” Henneman says. “And then we learned that they were having financial trouble. We decided we wanted to do as much as we could to help them out.”

And it seems like St. Louis' music community is starting to get wise to the club's benefits. Wilkins is optimistic about the future.

“We had swing dancing back in the fall and it went until dawn. Pokey LaFarge was in here and they’re coming back here next year. The Maness Brothers are interested in bringing their Whiskey War Festival music fest from St. Charles County to the inner city,” he says. “We’ve got the space to do some really great things.”

If you’re thinking of joining, yearly memberships are a scant $25, which gets you discounted rental fees and cheap beer and cocktails.

“If you go out a lot, you’ll save hundreds of dollars a year drinking here as a member,” Wilkins boasts.

At the very least, you might end up learning a few wrestling moves.