The 10 Best Concerts in St. Louis This Weekend: March 4 to 6 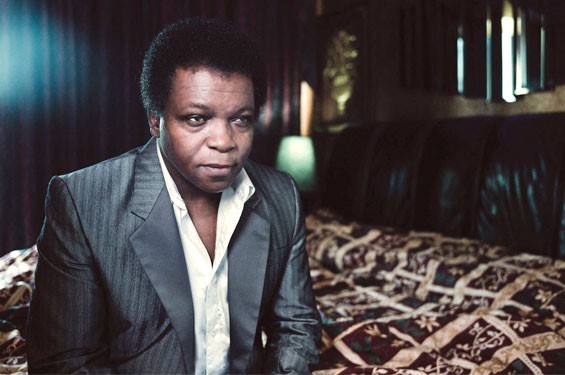 This is the third weekend in a row of the best weather St. Louis could possibly hope for in winter months. Don't squander it — leave your house and head to a show!

This weekend sees stops by Diane Coffee, Lee Fields & the Expressions and legendary rapper Scarface. The Brainstems' Luminary show will be an extra good one too, part of the LAB series and featuring performances by St. Louis favorites Demonlover and the Soda Boys as well.

Check out our full picks below:

By Bob McMahon
From the RFT Music archives: The Brainstems bash out insanely catchy riffs through ragged guitars, with each axe-slinger backing up the song's designated lead howler for monstrous gang-vocal choruses. The band bleeds garage-rock essence, playing in higher fidelity on record without sacrificing its ramshackle charm. All the players have become better soloists since he group's inception, and a few songs find the group stretching out with repetitive, near kraut-rock grooves.

By Roy Kasten
The Pitchfork-addled masses who mistook the no-fucks and no-soul-to-give band Foxygen for the next Neutral Milk Hotel didn't do so because of the drumming. Shaun Fleming, the band's percussionist, slinked out of that lo-fi morass with the alter ego Diane Coffee and an iPhone-recorded debut called My Friend Fish in 2013 that actually had grooves and dreamy spirit, despite the hipster nonsense of songs like "The Stupid Girl That Runs A Lot." Fleming got more studio-serious on last year's Everybody's a Good Dog, a weirdly fetching noise-damaged fusion of girl-group pop, blue-eyed soul and Pet Sounds-esque sonic poetry. Diane Coffee is nothing if not a heady brew.

By Roy Kasten
From the RFT Music archives: Bathed in blue, like the hottest point of the flame, Lee Fields took to the row of subwoofers as the front row scrambled to clear off the empties. He went there again and again, rearing back with a clenched fist to give one long, majestic, guttural soul-scream. He's drenched in sweat, but you could have guessed that. Lee Fields and the Expressions held a respectable crowd of mostly young — at my and Fields' age, 30-somethings count — funk and soul aficionados rapt. By the end of the night they had a hundred hands waving in the air and a hundred hips hugging their groove.

In the jazz idiom, the organ trio setting has usually been a showcase for the fingers and feet behind the console. Maestros Smith, McGriff and McDuff would conjure a whole orchestra from their Hammond B3s, and their accomplices on drums and guitar were tasked with keeping out of the way. The James Carter Organ Trio flips the script by putting Carter's fiery, funky saxophone work front and center, but organist Gerard Gibbs and drummer Leonard King help keep the soul-jazz stew percolating by moving the mood from gospel to hip-hop and all points in between. Carter's STL roots run back to his time with Julius Hemphill, the co-founder of the Black Artists' Group. Carter played on Hemphill's secret records in the early '90s.

Metric w/ Joywave
8 p.m., $26-$28.50. The Pageant, 6161 Delmar Blvd., St. Louis, 314-726-6161.
By Christian Schaeffer
The last time that Metric played the Pageant, the quartet was basking in the neon glow of 2012’s Synthetica, an album whose title only hinted at the musical and human elements at play. Emily Haines has never been shy about wielding brashy synths and patriarchy-challenging invective in equal measures, and her go-to topics — the commodification of youth, the value of female expression, the role of the artist — were backed by electro-pop muscle. This time the band is performing songs from its latest, Pagans in Vegas, which settles a bit more easily into its pattern of chirping synths and gridlike rhythms, but when the parts combine on lead single “The Shade,” Metric proves itself every bit the anthemic rabble-rousers that modern pop radio deserves.

Peter Bradley Adams is a songwriter with a backlog of songs that serve network TV shows such as Smallville and Alias. While the songs work well to help tell stories on screen, they each have a life of their own through deeply personal lyrics. He takes a mostly gentle approach, weaving simple melodies to prove just how essential (and effective) minimalism can be.

By Daniel Hill
Pinback fans were saddened this time last year when Rob Crow, part of the group's core duo, announced that he would be leaving the music business in order to focus on being a father, effectively putting the band on hiatus. Apparently restless, Crow has launched a new project in the meantime. Rob Crow's Gloomy Place contains recognizable Pinback elements, but hews closer to Crow's more straightforward solo work. Pinback fans won't be disappointed, but may be a tad confused by the mixed messages Crow's continued career sends.

Dressy Bessy w/ Whoa Thunder
9 p.m., $10-$12. Off Broadway, 3509 Lemp Ave., St. Louis, 314-773-3363.
By Matt Harnish
From the RFT Music archives: When indie-rock dorks talk about "pop music," they're usually talking not about Destiny's Child or Britney but about Beatle-esque (or at least Guided By Voices-esque) guitar bands with tons of interesting chord changes, ba-ba-ba backup vocals and production values that worship at the altar of Brian Wilson. They're more or less talking about Denver's Dressy Bessy. Part of the Elephant 6 collective (a loose congregation of like-minded popsmiths), Dressy Bessy fully embraces the sunny '60s pop that's made bands such as the Apples in Stereo (almost) famous. The similarities between the two groups stem in part from the fact that the bands share a member, guitarist John Hill — but don't dismiss Dressy Bessy as a coattail-riding side project.

By Jaime Lees
With Springsteen, you know what you’re going to get. He’ll take the stage in painted-on jeans. He’ll be all rippling tendons, like a panther on the hunt. He’ll tell stories between songs that sound like he’s reading poetry. His leathery face will fluctuate between beaming and grimace. He’ll grunt and growl and howl and then whisper like he’s telling you a secret. He’ll take charge of your emotions and crush you, but then he’ll lift you up so high that you’ll feel like you’re flying. He’ll skip taking an encore break and just continue to breeze across the stage like it ain’t no thing. He will finally exit in a graceful blaze of glory. His marathon show will clock in at around three and a half hours in length. You will leave completely spent and feeling extra tired for him. More importantly, you will leave thinking that somehow, someway, he still fully believes every damn word that he sang.

Your favorite rapper's favorite rapper, Scarface, has been thrilling crowds with his dextrous lyricism and dirty-South style for over 25 years. The rapper came from a musical family, learning to play bass from his uncle at a young age before finding hip-hop and joining the esteemed Rap-A-Lot Records in 1989 as a member of the legendary Geto Boys. 'Face's success soon overshadowed that of his crew, and a series of solo records throughout the '90s earned him spots on numerous “top lyricists of all time” and “greatest MCs” lists. The rapper is currently touring in support of his latest, September's Deeply Rooted, which features appearances by Akon, Nas, Rick Ross and John Legend. This show is brought to you by the organizers of S.L.U.M. Fest; in keeping, the local acts are on point. Delmar Records will bring members of its deep roster to warm the stage alongside Bates, who recently took home a S.L.U.M. Fest Award naming her St. Louis' best female hip-hop artist.