LouFest Will Return in September, With Expanded "Local Involvement" 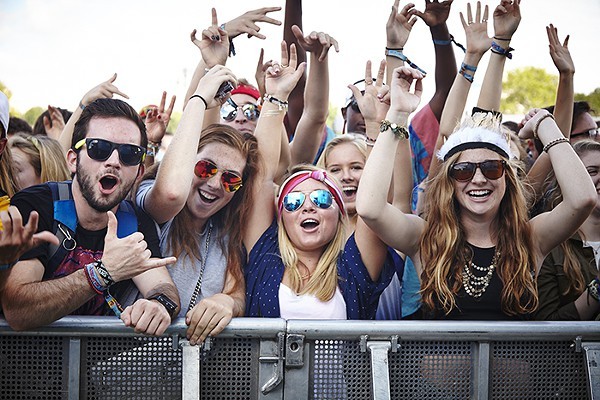 At long last, LouFest 2016 is officially on the calendar.

The festival, now in its seventh year, will again take place at Forest Park's Central Fields, this time on September 10 and 11.

There will be some changes. Yesterday, news came down that LouFest founder Brian Cohen has sold his share of Listen Live Entertainment, the company that has handled the festival since its inception in 2010. Cohen will now be partnering with Cortex CEO Dennis Lower for a new, tech-inspired event called Murmuration that will include "influential speakers, national innovation thought-leaders, a juried art competition, and cutting-edge music performances," according to a press release.

That had some people questioning LouFest's future. As it turns out, though, the news is good. Listen Live will continue to handle LouFest — and the group says it intends to up the event's overall amount of "Lou."

“This year, the festival team will focus on creating experiences within the festival footprint that are unique and authentic to the St. Louis region,” says a statement by organizers Mike Van Hee and Rich Toma, both St. Louis natives. “We’ll also be looking to expand on opportunities for local involvement — not just in the lineup but in areas like the Nosh Pit, Market Square and our popular LouKidz area.”

Last year's event brought a record-breaking 50,000 attendees over two days, and Listen Live seems to be sticking to the key parts of the recipe that led to that success: More than 30 national and local acts will perform over two days on four stages in Forest Park. The group will maintain its environmental efforts as well, working in close partnership with the City of St. Louis Department of Parks, Recreation and Forestry and the nonprofit conservancy Forest Park Forever.

Further information, including the full lineup and ticket details, will be announced in May.