The 10 Best Concerts in St. Louis This Weekend: February 5 to 7 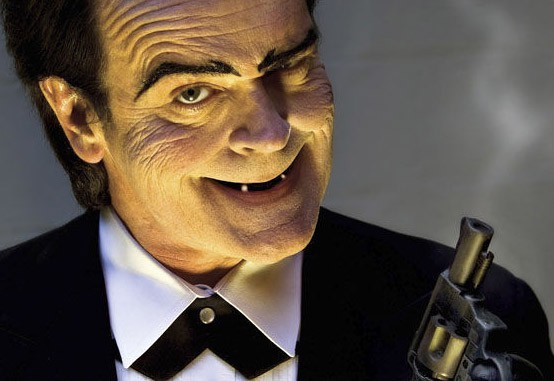 Hey, it's the weekend again! And what a weekend it is — a Super one, even. Those looking for music to get into on Sunday night will be hard-pressed, as no venue, artist or promoter really wants to go up against the biggest sports event of the year. And if our list below is any indication, Friday is a little light too — not sure why on that one, but that's how things shook out.

Saturday, though, is packed to the gills. Atlanta trap rap gets a major St. Louis showcase with Drug Money USA's YSL Takeover at the Demo, bringing scores of rappers from Young Thug's neighborhood to the streets of St. Louis — things are sure to get slimy. The Fade releases its debut EP at Blueberry Hill, and the legendary Judy Collins will grace the stage of the Wildey Theatre in Edwardsville. Check out our full list of show picks below.

By Roy Kasten
On the St. Louis scene, Brothers Lazaroff stands apart for pure musicianship and openness to experimentation within rock structures. One need look or listen no further than bassist Teddy Brookins and drummer Grover Stewart, both of whom hold first-chair status on the neo-funk and fusion scenes. They groove like they were siblings that had played together all their lives, though of course that's the story of songwriters, singers and guitarists Jeff and Dave Lazaroff. Dylanesque blues, rattling country, dub-drenched reggae, Hammond B3-caressed funk (courtesy of newest member Nate Carpenter) – all of the genres the band has mastered coalesce in a moodiness that's never ever just mood music.


By Christian Schaeffer
On the surface, Gregory Porter certainly cuts a fascinating figure: his sartorial elegance, his signature hat (a hybrid flat cap/balaclava), his hulking frame which helped him play college football, his Grammy in 2014 for his Liquid Spirit album. But with all great jazz and soul singers, it’s what goes on below the surface that counts, and Porter’s velvety baritone contains a depth and nimbleness that make each song expressive and river-deep. He handles traditional material with comfort — “You Send Me,” “The ‘In’ Crowd” — but his original songs, “Hey Laura” in particular, show his ability to melt the boundaries of soul, jazz and gospel traditions.

By Daniel Hill
St. Louis indie-rock act the Fade formed in 2014, combining elements of blues, pop and '60s rock to create a unique and intriguing sound with soulful vocals, spare arrangements and a saxophone. Saxophones are back! And if the Fade's "Paper Bricks" single is any indication, that is definitely a good thing. Listen to the track on the group's Bandcamp page in anticipation of the show to see what we mean.

By Daniel Hill
Singer/songwriter Judy Collins is a goddamn powerhouse. You may know her best for her cover of Stephen Sondheim's "Send in the Clowns" off of her 1975 album Judith, but that is far from her only accomplishment. Over the course of a 57-year career Collins has nabbed herself four gold records and two platinum ones. In addition to her musical efforts, Collins has been a champion of many social justice causes — including her work as a representative for UNICEF, campaigning for the end of the use of landmines. Have some respect for your elders, son.

Twangfest Presents "Tonight's the Night: A Tribute to Neil Young"
8 p.m. Off Broadway, 3509 Lemp Ave., St. Louis, 314-773-3363.
By Daniel Hill
Neil Young's work is indelible, capable of inspiring and influencing young artists more than fifty years after he got his start. Case in point: Eight St. Louis bands — Auset Music Project, Cave States, the Homewreckers, the Poorhouse Says, Redheaded Strangers, Adam Reichmann & Friends, the Wilderness and Jon Bonham & Friends — will all join forces on this night for a full-on tribute, playing hits and deep cuts from all across the Canadian singer/songwriter's career. The show is brought to you by Twangfest, and a portion of its scant $15 cover charge will go toward helping the non-profit continue to bring quality acts to the stages of St. Louis.

Greek Fire (Unplugged)
8 p.m., $15-$17. The Firebird, 2706 Olive St., St. Louis, 314-535-0353.
By Daniel Hill
The Firebird is turning seven, and for its birthday the beloved local rock venue is bringing beloved local rock act Greek Fire to its stage for a special acoustic performance. In addition, the band says it will be "telling stories, sharing experiences, and giving you insight into what the songs mean to us." Learn a little more about one of St. Louis' more successful acts while raising a PBR or five to one of St. Louis finest venues.

Scru Face Jean
8 p.m., $10-$25. Fubar, 3108 Locust St, St. Louis, 314-289-9050.
By Daniel Hill
Music fans will be hard-pressed to find some live music to get into on Superbowl Sunday — and artists who attempt to perform shows on this day are certainly brave. Scru Face Jean is on such brave artist. The Lincoln, Nebraska rapper, who has collaborated with such heavy hitters as Dizzy Wright and Metro Boomin, will perform at Fubar for those who are indifferent to football. Check out Jean's Another Night mixtape here.