Post-Dispatch's Kevin C. Johnson Mad at "Bastard" Who Reported Him to Facebook for Nudity 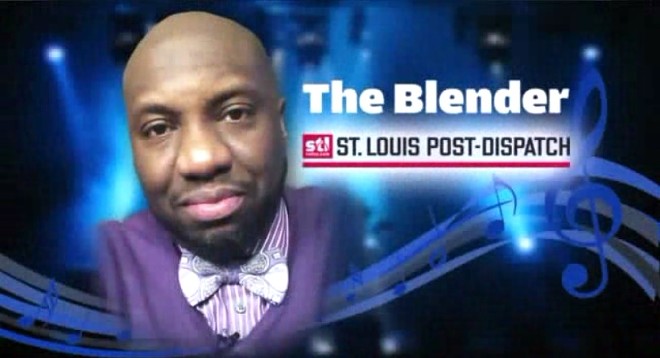 Post-Dispatch pop music critic Kevin C. Johnson, who does not give a fuck, unleashed the fury yesterday afternoon on the lame bastard that reported one of his posts to Facebook for containing nudity. The trouble started when Johnson shared a NSFW photo in response to news of the death of David Bowie.

"A framed print of this David Bowie/Iman shot hung in my first apartment in Philadelphia in the early '90s...and I used it as the wallpaper on the phone for a bit last year," he wrote on Facebook. "One of my favorite super couples..."

The photo has already been pulled down by the social media network, thanks to the fascist whims of a puritanical society, but Johnson hedged his bets and shared it on Twitter and Instagram as well, thereby covering all bases. It is this shot by photographer Victor Skrebneski from 1991. And, for that matter, it was therefore part of a 50-year retrospective on Skrebneski's work that was exhibited at the Museum of Contemporary Photography in 1999. That's right, a museum. Capital "A" Art, you uncultured prudes.

As a professional critic of music, widely regarded as a form of art, Johnson is in a unique position to judge a piece of work's artistic value. In keeping, KCJ's righteous rage rained down in response.

People are so lame.