The 10 Worst Metal Albums of the Year

Besides solid releases from Faith No More, High on Fire, and a few others, this has been a pretty mediocre year for metal, with some serious letdowns from a few of the genre's biggest players. Sure, there are probably thousands of worse releases than those on this list, but these stand out as some of the most overrated and disappointing major-scale metal albums of the year.

Now on with the butthurt!

10. Iron Maiden
Book of Souls
Not quite the biggest turd in the punch bowl, but this new double album is a major snoozefest from one of the biggest bands on the planet. Sure, Maiden are still an unstoppable force live, but the band's studio albums have gotten increasingly self-indulgent and drawn out over the years. Not everything needs to be a Lord of the Rings trilogy, guys. "Speed of Light" is a pretty solid jammer, but the dry production highlights Bruce Dickinson's hoarse voice, which sounds like its trying to reach just a bit beyond its range.

And what's with that cover art? The inside layout is bursting with beautifully detailed Derek Riggs artwork, but the band opted for a clip art version with a plain black background as the lead image. If this album can keep your attention throughout it's full 92 minute duration you are probably overdosing on Adderall and need to get to the emergency room. 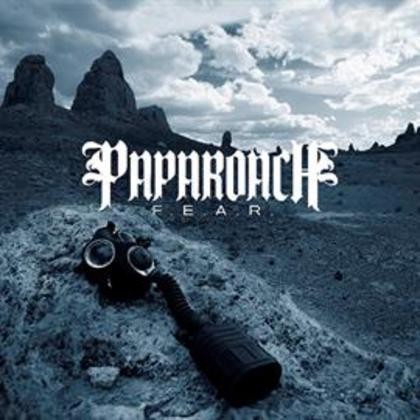 9. Papa Roach
F.E.A.R.
Is Papa Roach still a glam rock band or are they back to nu-metal or are they pornogrind now or what? More importantly, what do their haircuts look like this year??

For extra torture points, there is also a "commentary" version of this album available, which we imagine consists only of farting. 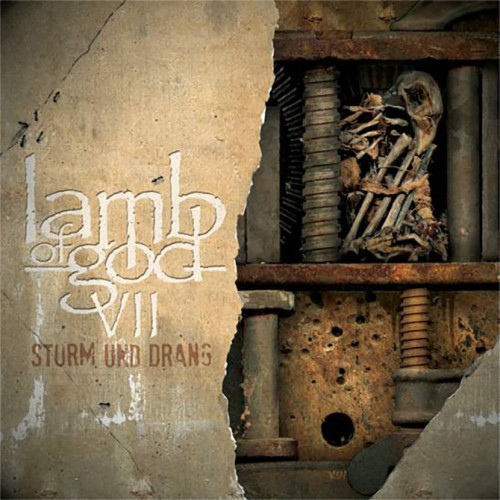 8. Lamb of God
VII: Sturm Und Drang
If this album were a flavor of ice cream, it would be sugar-free potato. Lamb of God are a tight band with an energentic frontman and incredibly solid players, but the music is stale, uninteresting, and void of any originality or imagination. Is generic-core a genre?

7. Butcher Babies
Take it Like a Man
Two former Las Vegas strippers push out their fake boobs and start a fake band. Neither of these ladies can sing or even produce a decent scream, and the music sounds like the worst elements of early Marilyn Manson and Slipknot combined. This would be ranked the No. 1 worst album of the year if it were only possible to take it at all seriously. Death to false cleavage.

6. Ghost
Meliora
Don't people know that Mercyful Fate have like seven albums out already? Toss this record in the shitty river and listen to the real deal. Why listen to fake King Diamond on Xanax when you could just jam "Don't Break the Oath" on repeat? Meliora is a safe and weak album throughout, perfect fairweather metal for children and hipsters.

5. Bullet For My Valentine
Venom
Horseshit.

Turn the page for more of this year's crappiest metal albums

4. Bring Me the Horizon
That's the Spirit
Steamy horseshit.

2. Danzig
Skeletons
Danzig is now 60 years old and still at it. Much respect. But the man titties on his latest album cover should be an indicator of what awaits inside.

Over five years in the making, this album sounds so bad that if someone other than Danzig had produced it, they would surely be fired. Rarely has such terrible production been heard on a release by a major artist. Danzig's vocals are overly loud, dry, and horse, Tommy Victor's guitars sound like they were run throught the worst combo amp Crate has to offer, and the drums sound like they're being dropped down a flight of stairs.

This can all be chalked up to Glenn Danzig having George Lucas syndrome, where no one who works for him has the nerve to tell him that something he's doing sucks and isn't working.

1. Slayer
Repentless
First of all, this album title... that's not a word. Second of all, this Slayer... that's not Slayer. With Jeff Hanneman and Dave Lombardo absent we're left with Guy Fieri's brother Kerry King (did not fact check this), and everyone's favorite Satan-praising Catholic, Tom Araya.

This record is thin and lifeless, a parody of what Slayer used to be, and sounds completely uninspired and unoriginal. This is Las Vegas Slayer; catch them nightly at Circus Circus where they'll be playing all the classics that were written by no one currently in the band. Maybe the whole point of Repentless was to see how many times Kerry "Burger" King could use the word "insane" on an album.

To report that one of the best metal bands of the past 30 years have made this stale turd of album is a truly sad thing. Maybe next time they'll let Gary Holt write a few songs since new Exodus albums are still pretty not shitty. And of course there will be a next time, there will be another record, because $$$layer.