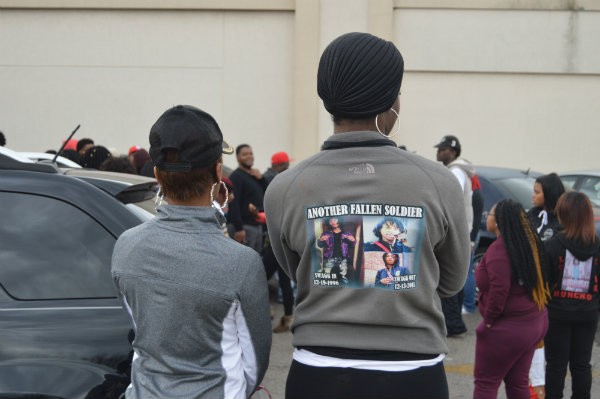 On Monday more than 500 people came out to pay their respects to James Johnson, Jr., also known as rapper Swagg Huncho from North County rap group 3 Problems. He was murdered on December 13, less than a week before his 19th birthday.

Friends, family, and fans of the group – many clad in homemade tribute shirts, pants, and headbands – gathered in Country Club Hills for the memorial service. Johnson’s groupmate Lil Tay and other associates rapped, a close friend of the bereaved mother read a poem, ministers implored the gathered to find Jesus, and a homicide department representative urged attendees to share information on Johnson’s case. People had to be turned away from the service after the mortuary reached capacity.

Below, photos from the scene outside the funeral.

Turn the page for more scenes outside the funeral.