The Best Concerts in St. Louis This Week, December 21 to 27 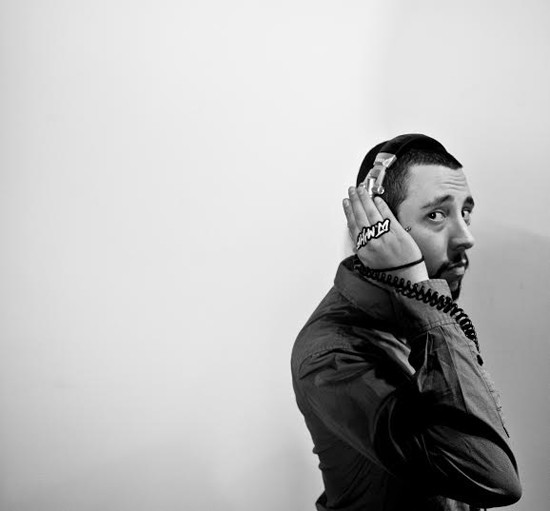 Musically speaking, this week feels like the calm before the storm that is New Year's Eve. Not that there's a shortage of concerts, but in comparison most venues tend to trim their schedules right around Christmas –- save for tribute shows and holiday-themed events. In particular, DJ Mahf shines this week with his regular gig at Pin-Up Bowl on Tuesday and Posse In Effect: A Tribute to the Beastie Boys at the Ready Room this Saturday. For year-end spectacles, El Monstero trucks on with its annual series while Trans-Siberian Orchestra returns to town on Sunday for a post-Christmas jammer.

Read on for this week's top picks.

A Civil Quarterly II w/ Jenny Roques, Joey Glynn
Tick Tock Tavern
6 p.m. | free
By Joseph Hess
Civil Life's emblem hangs over the entry into Tick Tock Tavern, so it was no surprise when the two pubs announced a collaboration. A Civil Quarterly brings beer tasting and live music together four times a year, and this iteration just so happens to fall in the same week as Christmas. So expect more than a fair share of holiday cheer with tunes by Jenny Roques of Arson for Candy and Joey Glynn of the Sydney Street Shakers and Pokey LaFarge.

DJ Mahf
Pin-Up Bowl
10 p.m. | free
By Blair Stiles
From the 2014 RFT Music Awards: DJ Mahf returns to this category as last year's champion. In fact, he's been the champion seven times — the California Chrome of local DJs. The style which makes Mahf popular is a kinetic blast of throwback samples that spread from '70s disco-funk to the pioneers of West Coast hip-hop. Mahf juxtaposes his old-school aesthetic with conspicuous club burners — the resulting sound can be found in venues as disparate as the Pin-Up Bowl to a basement rave located inside the cheapest set of headphones. His latest mixtape Sonic Trauma shows Mahf has still got it, and that all the attention and critical acclaim has been well-deserved.

The Christmas Event: Past, Present, Future w/ the People's Key, Fresh Heir, Divine Hours, Nick Savage & the Outliers, St. Joseph's Academy
Old Rock House
7 p.m. | $10
By Nick Horn
From: Jazz: Meet the 2014 RFT Music Award Nominees: As the band's egalitarian-sounding name suggests, the People's Key is in the business of bringing jazz to the masses by building a repertoire of — as the band's own bio calls them — "new standards." Using songs by artists such as the Beach Boys, Radiohead, Queen and Michael Jackson as vehicles for improvisation, the People's Key continues the jazz tradition of fusing contemporary popular music with high-level musicianship and improvisational wit, putting on a show that appeals to music nerds and casual listeners alike.

El Monstero
The Pageant
7 p.m. | $27.50-$50
By Daniel Hill
'Tis the season for St. Louis' Pink Floyd fans to bask in the tribute tradition that is Christmas with El Monstero — thousands and thousands of them, it seems, based on the fact the Pageant has cleared six days of its calendar for this year's affair. As much musicianship as it is sheer spectacle, El Monstero's show combines the songs of Pink Floyd with its indelible iconography for a truly immersive experience that brings the KSHE set out in droves. Bring your whole family and take psychedelic drugs for a fully enjoyable holiday evening.

Posse In Effect: A Tribute to The Beastie Boys
The Ready Room
8 p.m. | $10-$12
By Daniel Hill
The annual touring-act seasonal lull reaches its climax this holiday week, which is OK in our book — it gives St. Louis' ever-talented local artists an extra chance to shine. In keeping with this city's love of cover shows (see: El Monstero, Street Fighting Band), two of our Critic Picks this week are of the tribute-band variety. This one is a doozy. Local promoter Dwight Carter brought together a veritable super-group to tackle the songs of New York's illest: Scottie Rivers and Jason Karr (12 to 6 Movement, Death & Taxes) will be joined by Bob Cannella (formerly of Fat Trash) to play the act's MCs, with drummer Brian Sullivan (Redheaded Strangers), guitarist Matt Sawicki (Suburban Pro Studios), bassist Drew Franklin (Big Brother Thunder and the MasterBlasters) and DJ Mahf rounding out the act.

Trans-Siberian Orchestra
Scottrade Center
3 & 7:30 p.m. | $36-$72
By Abel Folgar
From the RFT Music archives: "It's kind of like having a child; there's no secret," says Al Pitrelli, guitarist and founding member of the Trans-Siberian Orchestra. "You give birth to something. You're there from its inception. You fall in love with it the second it opens its eyes. And twenty years later, you realize that it's grown up into something you're so proud of." For the past eighteen-plus years, TSO has been synonymous with Yuletide for fans of progressive and neo-classical metal. Known for operatic stage shows, TSO was formed by producer Paul O'Neill, who enlisted co-producer Robert Kinkel, rock musician Jon Oliva and Pitrelli.

Editor's note: A previous version of this list included the Jon Hardy show, which isn't until December 31. We regret the error.