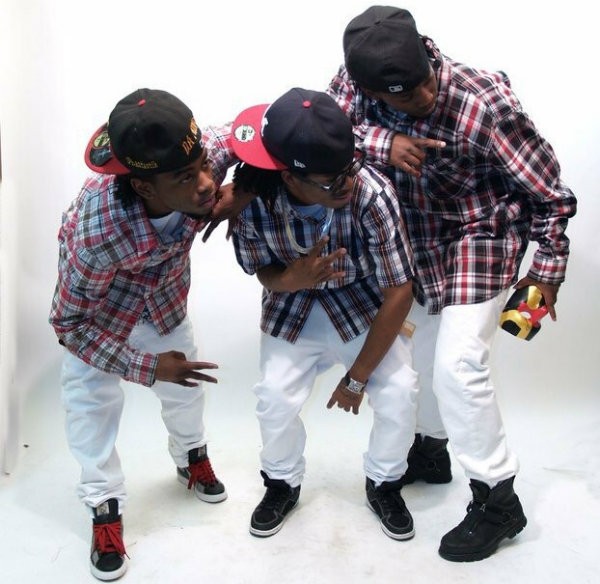 Carolina Panthers quarterback Cam Newton stretched across the goal line during a November game in Tennessee, hopped up and started his touchdown dance. A little shimmy, a little hand waving and then the NFL star lifted his right arm and bobbed his head toward the crook of his bent elbow.

As far as end zone dances go, it was pretty tame. But it quickly took off online. Fans snipped clips of the film and posted them on YouTube. Opponents (and even the angry mother of one young Titans backer) complained about disrespect.

TALK TO THEM CAM, IF THAT DONT WORK, DAB. pic.twitter.com/Mc0860Crhh

Hall of Fame receiver Cris Carter, now an analyst on ESPN, tried to explain to a panel of baffled middle-age commentators what they had seen.

People on the Internet thought this was hilarious. Bapping? Cris Carter must be getting old.

"Cris Carter Repeatedly Refers to Dabbing as 'Bapping,' Loses All Cool Points," read the headline in Complex, an authority on such issues.

It only brought more attention to the dance craze, largely credited to Atlanta rappers Migos, who recorded "Look at My Dab.” The group is now actively trying to expand the meaning to a lifestyle as they release a new Dab clothing line.

East St. Louis native Darryl "Where Muney At" Garner winces as he sees everyone from Lebron James to little girls doing the move.

"It hurts me a little, because it's not Dab," the 26-year-old tells the Riverfront Times. "It's Swag."

Dancers in his hometown started doing the move as early as 2008, Garner claims. He and friends, Marcus "Prince Marc Von” Jackson and Kyle "Raziel" Young, were just starting out as performers back then. The three had branched off from an East St. Louis Senior High School dance team to form their own squad, called Phantastik. They landed some national exposure just three months after coming together when they performed on BET's former hit hip hop show, 106 & Park, with Carbondale's Pop It Off Boyz.

They were soon incorporating the local, bent elbow move into their routine. In a video uploaded to YouTube on Dec. 16, 2009, the three dance in a parking lot. The footage has become like Garner’s Zapruder film as he tries to reclaim the move for East St. Louis and the metro area. The lighting is bad, but the video is clear enough. Thirty-two seconds in, the three raise their left arms in unison and duck their heads toward the bent elbows.
Garner isn’t saying they were the first in the Metro East to ever do the move, but he thinks they’re the first to put it on video.

“We’re the ones who actually took it to the forefront by putting it on YouTube and pushing it out to the world,” he said.

The move was called Swaggin,’ and it was popular in clubs on both sides of the Mississippi River,Garner said. He can only speculate how it might have traveled south. The St. Louis hip hop market is limited, he said. A dance video they posted might rack up tens of thousands of views here, but it was hard to push it further.

“The only thing is I feel we’re not a major market right now,” he said. “A lot of people don’t have their eyes on St. Louis.”

That’s one of the big reasons Phantastik moved three years ago to Atlanta, where the members perform and help other acts with choreography while working in various aspects of the entertainment industry. They still swag, Garner said, but the move didn’t get really hot until Migos started doing it under the Dab name.

It’s now a legit sensation, the subject of think pieces and explainers in mainstream media outlets. Fox News NFL aired a segment featuring Newton, wearing a gleaming, black-and-white patterned suit, trying to teach host Erin Andrews how to do it.

“So go, help a girl out,” Andrews replies.

“My mom describes it as sneezing,” he tells her, raising his forearm as if to cover his mouth. “So you’re sneezing. Boom, like that.”

The origin has ignited minor controversies. Rapper Bow Wow provoked a Twitter slap fight with Migos when he claimed it came from a cough-inducing way of smoking a potent marijuana extract.

“We got the whole world dabbin’, and they don’t even understand or know what dab is,” Bow Wow said in a video.

Migos responded, calling him a “Clown Ass” in a series of posts.

“Bow wow must of got a little too high this morning.”

Bow wow must of got a little too high this morning. 😂😂

Others have come forward to insist it was another rapper, Skippa Da Flippa, who should get credit. Left out of the conversation is East St. Louis.

“Dab is Swag, and we ain’t calling is Swag no more,” Quavo told hosts Charlamagne Tha God and Angela Yee.

SMH 4 months ago the Migos told us what dabbing was. We all know it's a weed oil called dab but No. pic.twitter.com/6FLonBKlPw

There are similar references in Migos’ lyrics: “You niggas still sayin’ swag/My niggas switched it up we call it Dab.”

Garner claims that’s a “dead giveaway,” and East St. Louis should get credit. (Migos didn’t respond to a request for comment.)

“I felt like they stole it, and they took it as theirs,” Garner said, adding “It’s like me doing the Moonwalk — like I’ve seen Michael Jackson do it, but nobody else has. So I start doing the Moonwalk, but I call it the Walk Moon.”

It’s not really about money, he insisted (although the attention could help). It’s about the outside world recognizing St. Louis and East St. Louis for something beyond crime and violence, Garner said.

“I think people would be proud.”