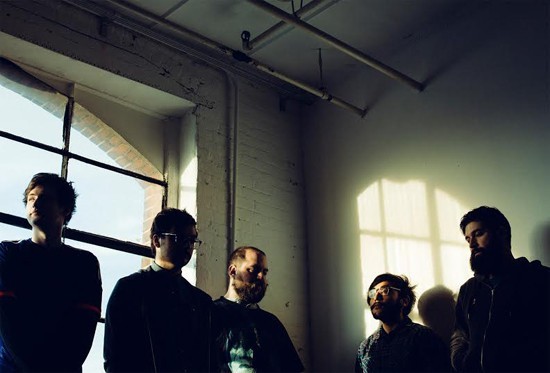 Take the magnifying glass to St. Louis' local music scene and one will find acts like Foxing and Pokey LaFarge in plain sight, but this weekend offers a chance to see more of the river city's unsung heroes. Take Bassamp & Dano for example: These leading men of punk aren't always politically correct, but they take life in the midwest and turn it up to 11. Staghorn follows up the release of its debut album with a graphic novel in collaboration with local artist Seth Rodgers at a free show stacked with some of St. Louis' heaviest hitters. Read on for a full breakdown of the weekend ahead, including special recommendations by senior music writers Roy Kasten and Christian Schaeffer.

Bassamp & Dano w/ the Spiders, the Kuhlies
Livery Company
9 p.m. | $5
Resident pizza punks Bassamp & Dano have built nothing short of a rock legacy in St. Louis. This is a band that is as likely to run a classy benefit concert as it is to burn through all its own money on booze and junk food. Oh yeah and big foam middle fingers, because their songs can be taken at face value and if you don't like what you hear, Bassamp & Dano do not give a damn. So pour those bummers down the drain while the duo headlines a packed party in the basement under the Livery.

Scarlet Tanager w/ Miss Molly Simms Band, Search Parties
Off Broadway
8 p.m. | $10
Since its first show in 2010, Scarlet Tanager hit the ground running and never lost momentum. The band is a perpetual motion machine that turns out blemish-free pop gems topped with a full, emboldened voice. The appeal is obvious, or at least it has been, to several TV and commercial producers. The band's music has been featured on The Real World, Dance Moms and even a commercial for GoPro cameras. Although last year's Let's Love was released to critical acclaim, the band still hasn't blown up the way one might expect. But there's a silver lining to this pop injustice: you can still see Scarlet Tanager in St. Louis for no more than ten bucks.


Staghorn Graphic Novel Release Show w/ Daybringer, Path of Might, Lifewithout
Foam Coffee & Beer
8 p.m. | free
When we talked to Staghorn back in September, the band was preparing to release its first LP and embark on a West Coast tour. These Florida transplants have returned and taken root in St. Louis, collaborating with local artists such as Seth Rodgers, who just finished a graphic novel based on the recently released Parousia I / Kismet II. This free show is a primer on the post-prefix of several genres, including post-metal, post-rock and post-hardcore. If that seems confusing, just remember your earplugs. And don't be a hero — tinnitus is not your friend.

See also: Staghorn Sets Out to Save the World One Song at a Time


The Vanilla Beans w/ Bear Cub, This City Of Takers, The Acorn People
Heavy Anchor
9 p.m. | $7
Bringing the Vanilla Beans up feels like I'm preaching to the choir. After all, it was our dear readership who voted songwriter Andrew Garces and company as "Best Pop Band" in the 2015 RFT Music Awards. The Vanilla Beans joins Bear Cub and This City Of Takers to welcome Murfreesboro, Tennessee blues band the Acorn People to St. Louis in a lineup that features melodic math-rock and blackened indie rock that's been burnt to crisp at the funeral pyre of Fugazi.


Yes We Can: A Tribute to Allen Toussaint
Old Rock House
8:30 p.m. | $10
By Roy Kasten
In the pantheon of New Orleans musical giants, Allen Toussaint is second only to Louis Armstrong. A chart-topping songwriter, visionary producer, consummate sideman and prolific recording artist, Toussaint helped birth New Orleans R&B, which is another way of saying he helped sire rock & roll. His legacy is not lost on a younger generation, whether in the hometown he never forsook or in St. Louis, whose music scene owes him mightily. "Yes We Can: A Tribute to Allen Toussaint" takes its name from one of Toussaint's most socially conscious tunes and features some of this city's heaviest rhythm & groove hitters: Funky Butt Brass Band, Al Holliday, Messy Jiverson and even Dr. Zhivegas, who is currently celebrating twenty years of dance-floor demolition. Can they all pull off a full night of Toussaint's music? To paraphrase the maestro, great Gosh-amighty, they can.


SATURDAY, DECEMBER 12
Bug Chaser
Layla  8:30 p.m. | free
Bug Chaser is known for its louder-than-life noisy rock and roll informed by equal parts kraut rock and the entire Drag City catalog. This night might be a concert goer's best shot at studying the band's DNA through a live show in the cramped quarters of the back room at Layla followed by a DJ spin that will no doubt feature the influences that make Bug Chaser so distinct. This is just the latest in a string of events where Layla invites local bands to "take over" the restaurant with a live show and DJ spin.


Car Seat Headrest w/ NE-HI, the Bobby Dazzlers
The Demo
8 p.m. | $10
By Christian Schaeffer
For artists who use their Bandcamp page like a Livejournal diary — a storehouse of in-development songs with precious little editing — the eventual move to a respected label could be a good excuse to wipe the digital slate, so to speak. Will Toledo, the young man behind recent Matador signing Car Seat Headrest, has resisted this urge. All of his material, ten-plus albums from May 2010 to this year’s Teens of Style, is available for streaming, though his bio strongly encourages media to avoid his earliest releases (“because they’re not very good,” he implores in all caps). Teens revisits some of his earlier songs and offers re-recorded versions, though his grainy, hazy style of pile-on bedroom pop is still distinctly lo-fi and thrillingly melodic.


Foxing Album Release Show w/ Choir Vandals, Jr. Clooney, So Many Dynamos
The Firebird
8 p.m. | $10-$12
By Daniel Hill
St. Louis' Foxing is officially taking over the world. The Albatross, the group's debut LP, landed with a massive thud in November of 2013 and quickly attracted the attention of New York's Triple Crown Records, perhaps best-known as the label that introduced the world to emo darling Brand New. With Triple Crown's backing, Foxing spent 2014 touring in support of bigger-name acts including Seahaven, the Hotelier, Modern Baseball and even the aforementioned Brand New, winning over legions of fans along the way. This October the group released Dealer, its second LP, to massive and universal critical acclaim. At this point the sky is the limit, and Foxing will soon be one of St. Louis' most well-known modern musical exports. Get on board the hype train now so you can brag to your friends later.

Insane Analog II Album Release Show w/ Frisco Fly, The Best Cat Memes
Foam Coffee & Beer
8 p.m. | $5
Insane Analog is a one-man wrecking crew of buoyant rap songs taut with conscious lyrics. The sole proprietor Patric Brown is on the fast track to a wider audience and his first two releases feel like landmarks along an uphill path. Released last month, Insane Analog II brings the an upbeat vibe that feels full and nuanced, like every moving part has been absolutely poured over. The new album even features a "clean" version — you know, for the kiddies and on-air DJs, of course.

The Sword w/ Royal Thunder
The Ready Room
9 p.m. | $18-$20
By Kevin Korinek
From Texas Metal Masters the Sword Return to St. Louis with New Album High Country: For a metal band to be truly great, it has to contain an element of musicality that separates it from the pack. For all its posturing and attempts to stand apart from the mainstream, metal tends to stereotype itself very quickly. It’s way too easy to tune a guitar to drop-C, max out all the knobs on the pedalboard, purchase all-black clothing from the sales rack at Target and come up with the most evil-sounding name possible. But fitting a mold has never been a concern for the Sword. On its fifth studio release, August's High Country, the band branches out even further from the sound it created with its 2006 debut.