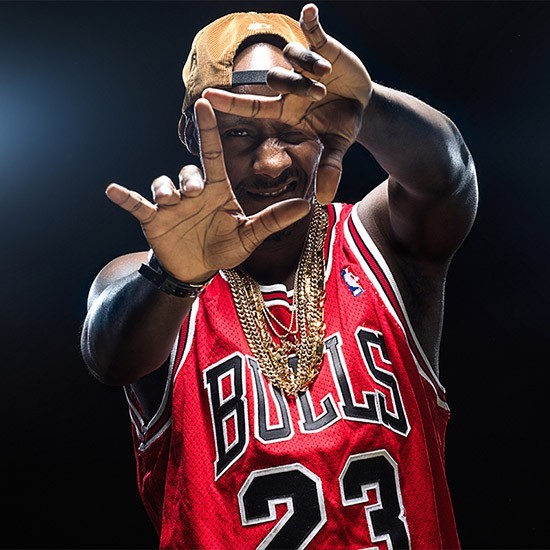 Black Friday, as it were, takes centuries of bartering and marketing throughout human history and trims the fat. But consider the fact that the price of live music has largely remained the same. Factor in inflation and the cost has steadily declined through the last 30 years. So give thanks for every band playing in town this weekend, because your future favorite has to start somewhere and the dive bar down the street might be that very place. Between two record release shows on Friday and this Sunday's Baby Blues Showcase, St. Louis starts strong and goes hard for the next three days.

Al Holliday & the East Side Rhythm Band Album Release Show w/ Big Mike & the Blu City All Stars
Old Rock House
8 p.m. | $10
By Christian Schaeffer
From Al Holliday Channels the Spirit of the Late Allen Toussaint on Natural Remedies: Holliday and Co. have proven that they can make rollicking, party-starting music; his debut album, 2013's Made It Through the Mill, Again, was a startling debut from a 25-year old white guy singing like a sanctified soul shouter. He's a few years older now and well-traveled on local funk and soul stages; the resulting songs on Natural Remedies show both a tightening of the band's chops and a certain expansiveness to Holliday's approach to Delta-bred R&B music. His voice is still big and brusque, and at times his approach can threaten to overwhelm these songs, but he always approaches his performances from a soulful place. He and the band are more patient this time out, less inclined to barrel through a song and more comfortable in letting the mood marinate through your speakers.


Hell Night EP Release Show w/ Valley, Path of Might, Blight Future
The Firebird
8 p.m. | $10
By Joseph Hess
Hell Night is a self-proclaimed "rock and roll" band, but its songs share more DNA with metal and punk alike. Riffs feel vicious enough while straying away from the same dense, masculine chug-a-chugga that typically infects bands of this ilk. The inventive interplay between guitarist Andy White and the fierce, driving rhythm section of bassist Eric Eyster and drummer Adam Arseneau brings a venomous blend that bites quick and disappears before wearing its welcome. The band's 3rd EP is welcomed by a stellar local lineup in Valley, Path of Might and Blight Future, who is set to release its own debut album very, very soon.


Jeremy Davenport
Ferring Jazz Bistro
Fri., Nov. 27, 7:30 & 9:30 p.m. | $40
Sat., Nov. 28, 7:30 & 9:30 p.m. | $40
By Christian Schaeffer
With Thanksgiving upon us and Christmas encroaching at a furious pace, we’re solidly in the season for annual concerts — some holiday-themed, others not — by familiar faces. Trumpeter and balladeer Jeremy Davenport makes his annual trek back to his hometown to play Jazz at the Bistro this week, taking a reprieve from his enviable residency at the Ritz-Carlton in New Orleans. His tutelage with various members of the Marsalis dynasty — along with a stint in Harry Connick Jr.’s big band — taught him the finer points of New Orleans’ jazz heritage, and he remains a dependable purveyor of the craft as he pulls from well-loved tunes and his own songbook.


Radradriot w/ Headcold, Nos Bos
Foam Coffee & Beer
8 p.m. | $5
By Joseph Hess
Little Rock's Radradriot plays like it gives no damn but still screams those lyrics as if they were gospel. Not quite an emo band, this duo is definitely the bleeding heart type that trades in a haughty, overblown production for rock songs that rip themselves into shreds. Melodies hide under fuzz thick enough to cut and the drums' propulsive sound drives the whole affair into the ground, underneath and through the bedrock. Opener Nos Bos is filled with sewer punks who were banned from the tunnels and play like they have nothing to prove.


The Tennis Lesson w/ the Vigilettes, Dulad
Schlafly Tap Room
9 p.m. | free
By Joseph Hess
The Tennis Lesson should appeal to all the late 30 to 40-somethings in the crowd who had their own late night show on whatever tiny radio station that was attached to their college in the '90s. This is the hidden polished pop gem with a brooding sense of dread that molds tight singalongs with odd-meter breakdowns. As the best of both worlds, the Tennis Lesson achieves a singular sound that feels absolutely dense to the trained ear yet simple and catchy to the music-loving passerby. This band allows me the very rare occasion to use the terms "unsung hero," "hidden gem" and "underrated" all in one breath. Plus, the show is free.


The Bottle Rockets w/ Otis Gibbs
Off Broadway
8 p.m. | $20
By Ben Westoff
From How I Learned to Stop Hating Myself and Love the Bottle Rockets: That group had only a short run on a major label and never broke big. This seems tragic, and the idea of Henneman still having to hustle hard through middle age makes my stomach churn. But, given the choice, it seems better to have crafted enduring art than to have briefly shone bright. Too often, the latter seems to be the goal in hip-hop and in my own work as well. As a journalist and editor, I'm often tempted to set aside the enterprise pieces that take great effort in favor of blog posts that quickly go viral on the Internet (and are just as quickly forgotten). Hard work is no guarantee of any payoff. It has got to be its own reward, and I suspect that for Henneman it is.

Hands and Feet w/ Golden Curls, Inko
Schlafly Tap Room
9 p.m. | free
By Joseph Hess
Since releasing its first LP Sour Times in 2014, Hands and Feet has been in high demand playing at FarFetched Collective events and scooping up an RFT Music Award for Best Electronic (Eclectic). Stephen Favazza operates as a one man band, merging melodica and booming bass with a bright backline that builds in real time. As a collision of acoustic and electric, Hands and Feet achieves a rare tone that feels both loose and stringent — like anything could happen, but only if Favazza makes it so. If your Saturday night is spoken for, consider a free show with Hands and Feet at Music Record Shop in the Groove earlier that day as part of the Rock Paper Podcast showcase.


Indiana Rome
The Bootleg
10 p.m. | $10
By Joseph Hess
Earlier this year, Indiana Rome released Dope Dealer 2 through Delmar Records, a label forged through the last year of social unrest. The album shows Indiana Rome's steady progression to a distinct voice and deservedly stands side-by-side with heavy-hitting label-mate Tef Poe. But for all his stern, serious tone, the rapper clearly has a playful side (with a strong conscience). This weekend's event is billed as a "pajama-jam," which means ladies get in for free if they come in their PJs, but there's a catch: ladies can also bring a canned good for admission. Guys can get a discount for bringing cans as well, but only women get the star-treatment.


Kevin Gates w/ Darius Hickman, Skully
Pop's Nightclub
7 p.m. | $25-$30
By Charles Purnell
Baton Rouge's Kevin Gates has never been one to pull punches. Between his endlessly entertaining social media presence and puzzling media interviews, the XXL 2014 Freshman Class alumni has released a string of projects to an ever-growing fan base. With his latest mixtape Luca Brasi 2, Gates continues to separate himself from the latest generation of Southern rappers with his direct lyrics, infectious energy and unique brand of introspection that only he can provide.

Baby Blues Showcase
BB's Jazz, Blues & Soups
6 p.m. | $15
By Roy Kasten
From St. Louis' Baby Blues Showcase Turns 14: In its fourteenth year, the Baby Blues Showcase continues to shine a welcome light on younger generations — musicians 30 and under — of St. Louisans who have been mentored by their elders and who, in turn, sustain the circle of mentorship. This year's event will take place at BB's Jazz Blues and Soups on the afternoon of November 29. Artists will include Marquise Knox, Paul Niehaus IV, Greg Hommert, Aaron Griffin, Delta Sol Revival, Katie Schleicher and Sasha Chiecsek, as well as a set from youngsters in the School of Rock, who have been woodshedding with blues maestros such as Eric McSpadden and Rich McDonough.