The Best St. Louis Karaoke Spots Every Night of the Week

From art to automobiles, electronics to fashion, U.S. culture is full of Japanese exports. As the scores of Japanese cultural exports now popular in the U.S. have taken hold, Americans have assigned each to one of two broad categories in our cultural hierarchy. To put it in terms of Lawrence Levine’s (antiquated) dichotomy, there are those few which American audiences consider decidedly “highbrow” — Kurosawa films and sushi, for instance — and then there are the droves relegated to a place alongside McDonald’s and Spam as signifiers of baseness and vulgarity — in other words, the “lowbrow.”

In that second category, in company with the likes of Power Rangers, instant ramen, and Most Extreme Elimination Challenge, is the now-ubiquitous pastime of karaoke. Since its introduction to U.S. audiences sometime in the early 1980s, karaoke (which literally translates to “empty orchestra,” referring the vocal-less recordings with which participants sing) has become a cultural phenomenon of its own in drinking establishments all over the U.S.

For those of you who just can’t resist the urge to give the crowd your best Whitney Houston after a few drinks, here are the bars that’ll help you quench your thirst for karaoke, no matter what night of the week. 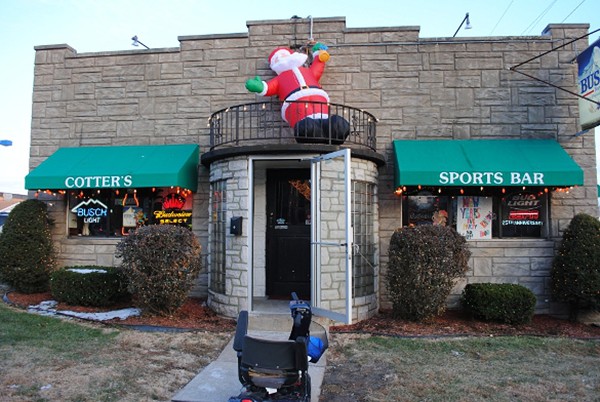 You’re only one day into the work week, but hey, that’s no excuse not to go out and give those pipes a workout. If you’ve got a song inside that just needs to get out, you’ve got three options in town for Monday night karaoke. South City karaoke fiends can head out to Cotter’s Sports Bar (4610 South Kingshighway Boulevard; 314-351-5058). If Dogtown or Clifton Heights is where you reside, you can hit up Mike Talayna’s Juke Box Restaurant (1115 Hampton Avenue; 314-647-7600). Or, if you happen to be a bit further west, Double D Lounge (1740 South Brentwood Boulevard; 314-961-5646) has got you covered when it comes to Monday night karaoke in the Maplewood/Richmond Heights/Brentwood area.

Tuesday nights add one to the list of potential karaoke crime scenes. In addition to Mike Talayna’s and the Double D Lounge, Just John (4112 Manchester Avenue; 314-371-1333) brings karaoke to the Grove, and the Crack Fox (1114 Olive Street; 314-621-6900) ensures that Downtown doesn’t miss out on its share of botched lyrics and questionable renditions.

As hump-day arrives, the Double D Lounge and Mike Talayna’s prove themselves as St. Louis’s standard-bearers of St. Louis’s karaoke culture. Joining them for some mid-week mangling of your favorite songs are Bevo Mill’s Luna Lounge (4561 Gravois Avenue; 314-481-5862), and another night of clumsy crooning on in Southtown at Cotter’s. 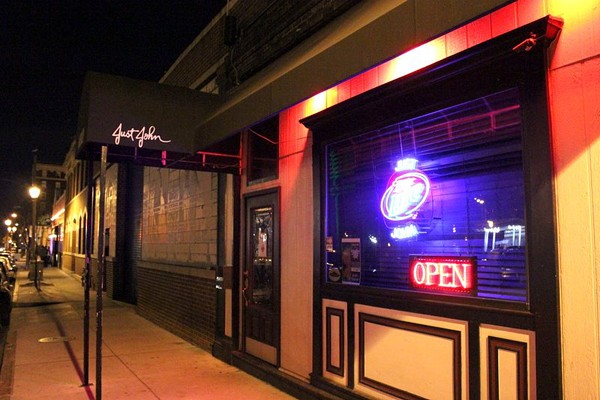 On Thursday nights, Double D Lounge on Brentwood and Mike Talayna’s on Hampton both host their fourth weekly night of karaoke, while Just John on Manchester goes in for their second and final karaoke night of the week. Soulard also gets a little karaoke love on Thursday nights thanks to Carson’s Sports Bar (1712 South Ninth Street; 314-436-2707).

Unsurprisingly, the options for karaoke and cocktails open up significantly once the weekend arrives. In addition to another night of bungled belting at Luna Lounge, Mike Talayna’s, Double D Lounge, Carson’s Sports Bar and Cotter’s Sports Bar, a couple weekend warriors of karaoke join the fray. The RFT’s 2011 pick for “Best Karaoke,” the One-Nite Stand (2800 Ohio Avenue; 314-766-0996) hosts its first of two weekly karaoke nights at their divey location at Gravois and Ohio, as does the popular Central West End hang, Tom’s Bar and Grill (20 South Euclid Avenue; 314-367-4900).

Saturday nights are likewise rife with opportunities for sauced singing all around town. The One-Nite Stand and Tom’s each host their second and final karaoke night of the week, while Carson’s, Double D Lounge, and Cotter’s all wrap up a longer week of karaoke with some Saturday night celebration.

The week’s end has arrived, but if you still haven’t gotten your fill of amateurs intoning their favorite tunes, you’ll have to head to the one remaining karaoke night of the week, at the delightfully weird Mike Talayna’s Juke Box Restaurant on Hampton.

And the Winners Are:

When it comes to karaoke, everyone’s a winner, but when it comes to bringing karaoke to St. Louis’s vibrant amateur vocalists, there are two clear winners. Hosting karaoke every single night of the week, Mike Talayna’s Juke Box Restaurant (Mike Talayna’s Juke Box Restaurant (1115 Hampton Avenue; 314-647-7600) is a sure-shot for karaoke pretty much whenever the desire hits. Coming in at a close second is Brentwood’s Double D Lounge (1740 South Brentwood Boulevard; 314-961-5646), which offers karaoke Monday-Saturday, but takes a sonic Sabbath on Sunday, if only to rest up for more on Monday night.