The Best Concerts in St. Louis This Week, October 5 to 11 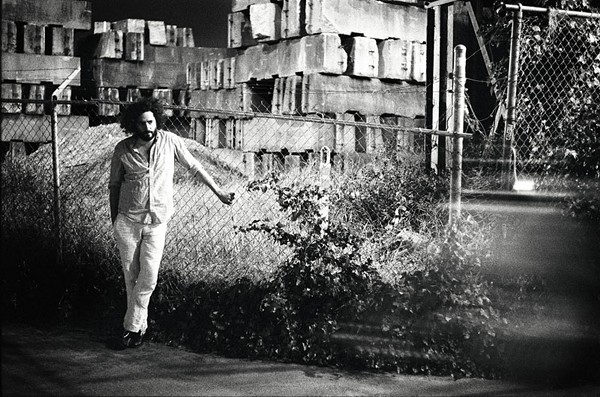 2015 is starting to feel a lot like 1995. Nashville's Bully sounds like the best parts of the grunge genre in its mainstream heydey, tossed in a blender and pureed. Helmet is actually touring behind its album Betty first released back in '94, which is right on time, going by the twenty-year cycle. This phenomenon begs the question: When will the constant retreads hit bedrock? Will it be in 2030 when we're all waxing nostalgic about the '90s revival of the 2010's? Who cares? Go to shows.

Bass Drum of Death w/ Royal Blood
The Ready Room
8 p.m. | $20
By Bob McMahon
One of the trickiest things for emerging artists to pull off is evolving one’s sound without sacrificing the core identity behind it. Growth is important, but too much experimentation can make artists lose track of their strengths. It’s a tough task, but one Bass Drum of Death has handled admirably on its third album Rip This. The Oxford, Mississippi, garage-rock duo trades the crunchy drums and effect-laden vocals of past albums for a cleaner, beefier attack on its latest release. The result is a more immediate and accessible production that sounds suped-up without being watered down.

See also: Bass Drum of Death's John Barrett: "My Focus Was Always Getting Out of Town"

Dollys w/ Moon Glampers, Heel Turn
Foam Coffee & Beer
8 p.m. | $5
By Joseph Hess
Shot out of the basement scene of New Brunswick, New Jersey, this trio opts to bring primal beats under sweet-talking pop tunes that take enough time to evolve without overstaying their welcome. Singer Natalie Newbold guides the band through bright riffing with an equally luminescent voice, bringing bold lyrics to the forefront. Dollys opts to overstate the melody, using a bit of repetition to lure the layman, but a keen ear will hear a trail being forged down the beaten indie-pop path. The band's full-length debut <i>Oh, Please</i> solemnly swears by strong leads and special attention to texture. This kind of simplicity takes discipline, especially in the martial art of music.

Bully w/ Heat, Fake Limbs
Off Broadway
8:30 p.m. | $10-$12
By Roy Kasten
So weird to think of the way '90s alternative rock could become the stuff of nostalgia, if not for fans of tense, guitar-based rock, then for a new generation of critics who weren't alive when Nirvana and PJ Harvey broke. The members of Nashville band Bully know the myths, and led by gutturally smart singer and songwriter Alicia Bognanno, they use this year's Feels Like to smash those myths with well-harnessed feedback, catchy feminism and exhilarating hooks. From the charging sub-two minute declaration of purpose "I Remember" to the eponymous closer, Bully tempers its solipsistic angst with wit and genuine wonder at what guitar rock can still do.


See also: Bully's Alicia Bognanno Does It All

Slaid Cleaves
Off Broadway
7:30 p.m. | $20-$23
By Roy Kasten
Sometimes they've done it from the streets, sometimes from a mansion on the hill, but class-conscious songwriters, from Ochs to Springsteen to Slaid Cleaves, have made art out of the lives and language of the workers, farmers and, sometimes, the bosses who make up this American life. Cleaves has done it from the edge of indigence to the banks of the flooded Blanco River at his home in Wimberley, Texas. His latest album, Still Fighting the War, makes clear what side he's on. That matters less than his stories, searing and supple, and his warm music and wise voice, often funnier than you'd expect, which can make a believer of the coldest songwriter critic.

There are three local release shows on this night. Here is a quick list to help you decide where to go (or how you'll hop from show to show).

The Defeated County Album Release for Bar Tabs and Baby Names w/ Kid Scientist, Middle Class Fashion
Foam Coffee & Beer
8 p.m. | $10
The Defeated County has been around for years, receiving multiple nominations for RFT music awards by you, our readers. The band's full-length debut will be half price on this night, so don't sleep on it.

Dibiase Album Release for When Everything Means Nothing w/ Ashes And Iron, Path of Might
The Demo
8 p.m. | $8
Both Dibiase and Ashes And Iron share a founding member in David Miller, who returns to the stage on this night to perform one song with each band.

Helmet
The Firebird
9 p.m. | $18-$20
By Daniel Hill
We are officially living in the era of the Twentieth Anniversary Tour. Though the concept is certainly not a new one, it seems like we are approaching critical mass — '90s artists from across all genres are hopping on the trend as their time arises. Earlier this year Raekwon brought Ghostface Killah to the Ready Room for the Only Built for Cuban Linx tour. Garbage started its tour celebrating the release of its debut album (twenty years ago) this week. Even the Spice Girls are getting in on the action, teasing a potential outing next year for the twentieth birthday of “Wannabe.” Add alt-metal darling Helmet to the list — Page Hamilton and Co. will be performing the band's 1994 album Betty in its entirety at the Firebird this weekend. Math buffs will note that this is technically 21 years, but will have neglected to realize this is the second year in which the band has embarked on the tour. Sometimes laurels are pretty comfortable, eh?

Destroyer w/ Jennifer Castle
The Ready Room
8 p.m. | $18-$20
By Christian Schaeffer
Has it really been four years since Destroyer’s Kaputt came out? That was the album that managed to solidify Dan Bejar’s peculiar genius for lyrical obfuscation amid sensuous, seemingly zeitgeist-tweaking instrumentation. In 2011 that meant Roxy Music synths and Spandeau Ballet saxophones, and this year’s excellent Poison Season doesn’t so much abandon that palette as it burrows deep inside it. Bejar and his Destroyer cohort array these songs with strings, unmoored synths and horns both brassy and muted, but Bejar’s sometimes-laconic, sometimes-stalking delivery remains the undisputed centerpiece. He’s a cagey performer — don’t look for much banter or fan interaction at this week’s show — but it will be fascinating to see the band translate these tapestries in a live setting.