The Best Concerts in St. Louis This Week, September 28 to October 4 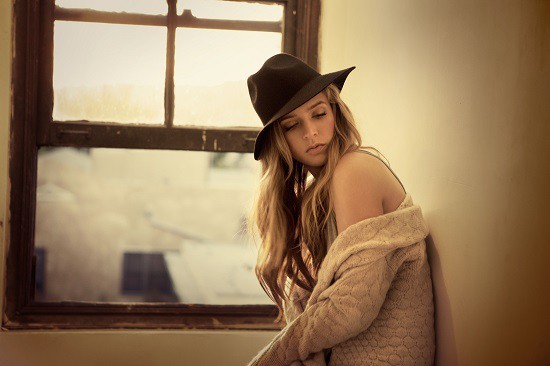 RFT Music likes to relish in the underrated (and just plain weird) bands, but this week we spin the light in our lighthouse back over to mainstream pop. Starting with two nights of Taylor Swift at Scottrade, our guide for the next seven days ends with Ariana Grande. The insane, irreverent hip-hop crew behind Turquoise Jeep returns to St. Louis on Thursday night with a show at the Bootleg. The Chaifetz Arena hosts its share of R&B heavy-hitters from the '90s on Friday for the Gateway Music Festival. Get busy or get out.

Taylor Swift
Scottrade Center
Mon., Sept. 28 and Tue., Sept. 29
7:30 p.m. | $36.50-$197
By Joseph Hess
As of late, it seems like critics have been a little hard on Taylor Swift. I know it seems like we can't stand the pop sensation — quite the contrary. While RFT contributor Jaime Lees recently proposed the notion that Swift is a psychopath, the article itself points at the star's many accomplishments. The success of last year's 1989 can't be denied either, given that Ryan Adams just released his own version of that record to critical acclaim. Since when have cover albums garnered such praise? Swift has a way of living in the limelight, making sure that people know anytime she makes a move.


ZZ Ward w/ Marc Scibilia, the Young Wild
The Pageant
7 p.m. | $22.50-$25
By Daniel Hill
ZZ Ward expertly marries soulful, bluesy vocals with hip-hop beats for a final product that will assuredly make you tap your feet and nod your head. Ward's first full-length, When the Casket Drops, served as an introduction to the singer for most of the world, and stayed on the AAA radio chart for ten weeks in early 2013. Her Eleven Roses mixtape, released in May 2012, featured original vocals over beats from popular songs by Kendrick Lamar, Childish Gambino, Tyler, the Creator and more. The sampling of Freddie Gibbs' "Oil Money" so impressed Gibbs that he ended up contributing a guest verse for the song's official release.


Voodoo Glow Skulls w/ the Phenomenauts, Pinata Protest
Off Broadway
8 p.m. | $13-$15
By Daniel Hill
The most raucous live band in all of third-wave ska doesn't seem like a title that makes a whole lot of sense, but in the case of the Voodoo Glow Skulls it most definitely applies. VGS has always taken a punk-first, headlong approach to the genre, pushing its boundaries beyond those of its contemporaries — at times, the band has even delivered songs that could be defined as pure thrash, were it not for the horns. Fast tempos and unique, half-barked vocals add an extra-punk feel, and the group's frantic onstage energy certainly carries over into the audience as well. In other words, watch your ass or get run over in a ska pit at Off Broadway, tough guy.


Turquoise Jeep w/ Death and Taxes, Billy Brown
The Bootleg
9 p.m. | $12-$15
By Tara Mahadevan
From the RFT Music archives: Turquoise Jeep is a record label known for its hilariously satirical YouTube videos, including its 2010 single "Lemme Smang It," which popularized the label. Signed artists include Flynt Flossy, Pretty Raheem, Slick Mahony, Tummiscratch, Whatchyamacallit and Yung Humma. If you want to laugh for most of the night while concurrently busting some moves (these dudes are some seriously great dancers), then don't miss Turquoise Jeep with DJ Billy Brown.


Gateway Music Festival w/ Keith Sweat, Bell Biv Devoe, Salt-N-Pepa, 112, Silk, Troop
Chaifetz Arena
8 p.m. | $49-$125
By Joseph Hess
The dream of the '90s prevails for fans of hip-hop and R&B in the river city. Chaifetz has had its fair share of legendary acts in the past year (K-Ci and Jojo, anyone?), but this lineup brings a big range, from Salt-N-Pepa's upbeat dance jams to Keith Sweat's masterful swingbeat. The rest of the lineup reads like a who's who of the era, so old and new fans alike can get a good feel of the scene from two decades ago just by hitting up this single show.


Mariner w/ Stella, CaveofswordS
The Demo 10 p.m. | $8
By Joseph Hess
Post-hardcore group Mariner has been a roll lately: After their stunt as "Semen Allergy," the band has been playing high-profile gigs at the Demo and throwing shows for touring bands in their practice space. CaveofswordS, the stunning art rock outfit, just returned from a short tour through the midwest and plans to release a remix album of its latest record SIGILS in October. That qualifies as "being on a roll," too. Stella (from Evansville, Indiana) joins the locals for a Grovefest after party that will likely be packed with concert-goers who have spent half the day pre-gaming. You have been warned.


Ariana Grande
Scottrade Center
7:30 p.m. | $36.50-$66.50
Ariana may have nothing to say, but her major television appearances are a study in bonkers public behavior. Disinhibition is one of the official traits of sociopathy, and despite her PR team's best efforts, Ariana cannot be inhibited. She goes on Ellen and makes uncomfortable jokes about underwear in a problematic accent. She takes over Total Request Live and makes mincemeat of the censors. She goes on the Today Show and makes Matt Lauer look like a pathetic, pandering creep. She does what she wants, and she will not be stopped.