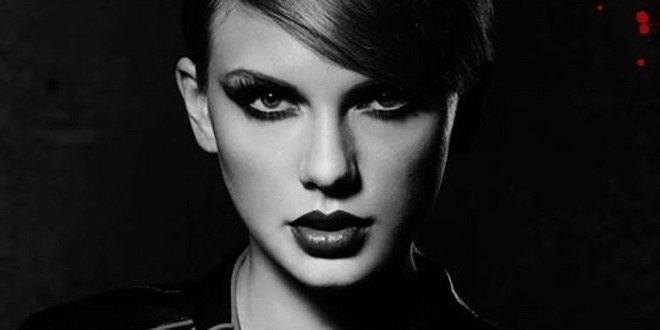 The newest statistics out of psychology studies report that one percent of the general population are psychopaths. With numbers that high, you probably know a psychopath, have dated a psychopath or are actually a psychopath yourself.

Psychopathy is “traditionally defined as a personality disorder characterized by enduring antisocial behavior, diminished empathy and remorse, and disinhibited and bold behavior.”

Using a combination of the DSM (Diagnostic and Statistical Manual of Mental Disorders), Robert D. Hare's famous Psychopathy Checklist (PCL-R) and various psychology articles, we've made a list of the traits of a psychopath. We posit that they might apply to international pop star Taylor Swift.

Why? Well, Taylor Swift exhibits a multitude of behaviors that are in line with a diagnosis of psychopathy. She's the most ambitious blonde since our lady Madonna, and like Madonna she's turned herself into a holier-than-thou media monster hell-bent on presenting perfection. This rubs many observers the wrong way. Basically, tons of people think that she's become the music industry version of Anne Hathaway: attractive, talented, hard-working and helplessly annoying.

We have a special interest in Swift and psychology, so here we examine the traits of the psychopath and explore how they might relate to Taylor Swift.

Psychopaths exhibit glib or superficial charm and often have disarming personalities.
Taylor Swift wants everyone to feel like they are her best friend. Just try to be in a room with her without Swift offering to pose for a selfie with you. She seems perpetually “on” in a way that is unnatural and Robin Williams-like. With a constant media spotlight on her life, even her bad days seem Truman Show manufactured. She charms everyone from babies to the elderly with ease and looks like a Barbie while she does it. Creepy.

Psychopaths learn to mimic and display false emotion to hide their lack of empathy and genuine human connections.
She does this so much. Just click this link.

Psychopaths are often wildly successful.
Even Swift's seemingly altruistic moves are self-profit motivated. Last year she published an essay in the Wall Street Journal about the value of artists and their work. Just a few months later she pulled her entire catalog from Spotify. The executives at Spotify publicly begged for her to come back, but T-Swizz wasn't having it. So what happened after that? Her latest album, 1989, hit record sales numbers. She sold 1.28 million copies during the first week alone. Why? Because kids actually paid for it instead of just streaming it. The psycho is a genius.

Psychopaths are highly adaptable and often extremely intelligent.
Just this week Ryan Adams released an album that exclusively features track-by-track cover versions of Swift's latest album, but done in the style of the Smiths. Taylor Smiths? Bet she had to look up the Manchester mopes. Seriously, do you think that Taylor Swift has ever spent even one night sitting all dour in her bedroom and listening to the Smiths or the maudlin music of the university station? No way. But guess whose music is available on Spotify? Ryan “MySpace Hair” Adams. That means that Swift is still getting a check from Spotify and other streaming services. Clever girl.

Psychopaths can easily influence or manipulate others.
A few months ago Ms. Swift wrote yet another note and convinced one of the most powerful corporations in the world to change its streaming policy in favor of “young songwriters” and cash-poor indie artists. Apple knows better than to question Queen T and they acquiesced immediately.

Psychopaths appear to be much more humble than the average person.
Despite being one of the most successful pop stars ever, Taylor Swift constantly portrays herself as a victim, a nerd or as the underdog. (See “You Belong With Me” video and lyrics.) This is a move that makes psychopaths seem less threatening so that they can actually become more powerful. Swift has been pushing this platform since the very beginning of her career, expressing in interviews that her classmates hated her, boys hate her, other performers hate her. All of that might be true (and maybe many are just a bit jealous) but if they view her poorly it's not because she's a nerdy victim. She's been a powerhouse for almost a decade and she is absolutely, in no possible way an underdog. Don't let her trick you into thinking otherwise.


Psychopaths disregard laws, believing that rules don't apply to them.
If you or I tried to perform at Rockefeller Plaza, we'd promptly be arrested. Taylor Swift doesn't care. She just brings in her whole stage and causes a serious disturbance. She probably didn't even get a ticket.

Psychopaths have many short-term relationships.
Slut-shaming young women is bogus, so let's just skip this one. You've probably already drawn your own conclusions on this topic, anyway.

Psychopaths have behavioral problems during childhood.
Swift's family relocated to Nashville when she was fourteen so that she could pursue her dream of becoming a country star. But what if her family hadn't gone for this plan? Can you imagine the intensity of a teenage Tay-Tay tantrum? Yikes.

Psychopaths have a tendency to display violent behavior.
Watch the "Blank Space" video.


Psychopaths are pathological liars and enjoy the thrill that comes from fooling people.
That video for “Blank Space” is actually Taylor Swift coming out as a psychopath. Are we so blind as to miss that? She must feel pretty smug for having waved it in our faces and we just obliviously sang along. Take note of these lyrics:
- "Love's a game / Want to play?"
- "Got a long list of ex-lovers / They'll tell you I'm insane"
- "Find out what you want / Be that girl for a month"
- "I can make all the tables turn"
- "Boys only want love if it's torture / Don't say I didn't... warn you"
- "Darling, I'm a nightmare dressed like a daydream"

Psychopaths have a need for constant stimulation, exhibit high levels of attention-seeking behavior and are prone to boredom.
How do you soothe all of these urges at once? World tour! Psychopaths also seem to have a “stress immunity” because they don't have normal fear or anxiety responses. That's probably helpful in this situation, no?

Psychopaths fail to feel remorse or guilt and will only accept blame if it somehow benefits them.
Swift has had more than a few famous fights. First there was Kanye West (where she insisted that we watch her repeatedly take the high road), then came Katy Perry (who she apparently stole tour dancers from and then got mad when Perry stole them back) and most recently it was Nicki Minaj. This fight played out on Twitter. Minaj had a valid complaint about MTV's Video Music Awards and Swift took it personally. Swift then realized her error and issued a classy apology that effectively squashed all of the bad press that she was getting related to the argument. That's the closest that Swift has ever come to a serious media blunder.

I thought I was being called out. I missed the point, I misunderstood, then misspoke. I'm sorry, Nicki. @NICKIMINAJ


Psychopaths use others to their advantage and engage in superficial friendships.
Swift's hyper-stylized video for “Bad Blood” contained a selection of her famous friends— including quite a few supermodels. She received much attention for assembling a modern girl-gang and inspired many uses of “#squad.” Swift also used this video to really push the idea that she's a sexy girl leading a sexy life with her sexy girlfriends. One problem: Taylor Swift is not sexy. She's supremely pretty. She's sometimes even gorgeous, but she is never sexy. She uses these women and all of the people that she drags up on stage every night to try to display that she is well-liked and interesting and talented. She might be all of those things, but not because of her superficial BS bragging-rights friendships.

Psychopaths are supremely narcissistic.
Swift recently became the most followed person on Instagram. That won't help control her narcissistic tendencies at all.

Psychopaths cannot attach emotionally.
Swift has cats for pets. What better pet for a person who can’t attach emotionally? Most cats DGAF about their owners, so it totally makes sense for their owners to not GAF right back. Cats will manipulate you into getting whatever they want, they will blatantly disobey you and have no compunction about going all Fancy Feast on your face pretty much immediately after you take your last breath. Cats are psychopaths.

Thus, by our estimation Taylor Swift is probably a psychopath. But how do we help Sister Swift? Well, we can't. Psychopaths can't be cured.

But check out these quotes from this informative article:

“Psychopathy is probably the most pleasant-feeling of all the mental disorders. All of the things that keep you good, morally good, are painful things: guilt, remorse, empathy.” - Jon Ronson, author

“Psychopaths can work very quickly, and can have an apparent IQ higher than it really is, because they’re not inhibited by moral concerns.” - James Fallon, neuroscientist

Sounds pretty nice, actually. So don't even (pretend to) worry about our hypothetical diagnosis, Ms. Swift. Just... uh... shake it off.

Taylor Swift will perform at Scottrade Center on both Monday and Tuesday, September 28 and 29. Feel free to go — just maybe watch your back?