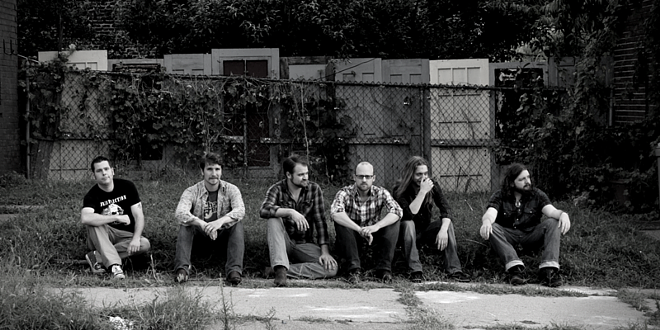 It’s best not to parse Les Gruff & the Billy Goat’s band name too much. The band is not a two-piece, nor is it the project of some dude named Les (or, for that matter, some Franco-American hybrid employing the French definite article “les”). The Billy in question is Billy Croghan, the singer and guitarist who fronts this largely acoustic, country-referencing combo. After 2014’s eighteen-track A Cup of Coffee, an Apple, and a Suicide, the band pared back and tightened up, spending much of 2014 playing in support of touring folk and roots artists while preparing its sophomore record. 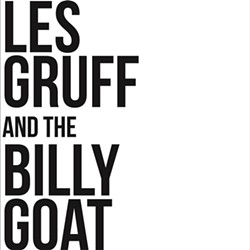 Les Gruff & the Billy Goat’s brand of Americana is more rooted in acoustic folk instruments than rangy Telecasters, though they appear from time to time. Mandolin strums and sawing fiddle dominate many of these tracks, with Croghan’s acoustic guitar setting the pace. He has a knack for spinning tales of some of the usual Americana fodder — he’s especially fond of road songs and the trials of earnest but broken men. Often, as on opening track “Punched Your Ticket,” the two overlap.

Croghan sells his tunes with a nice bit of wear and tear in his voice to match the grain of the roots-derived tracks. “Born Again” is built up as the album’s centerpiece, a chugging, minor-key tune that reveals layers of dirt on Croghan’s vocals and lead guitar. At nearly five minutes, the song pushes hard for some Silver Bullet Band gravitas but never quite locks in, either in composition or performance. The band is more relaxed on “Feeling Fine,” which fits the bonhomie of these six musicians; the track has the easy lope of a Saturday evening line-dance and the laid-back harmonies of a practiced band. (Final track, “Two-Steppin’ into Sin” takes a more yee-haw-ing approach to this same idea, with diminishing returns.)

“Evil Dancers” wrings some old-world romance out of its lurching waltz tempo, suitably dramatic low-end piano and Sean Kamery’s mournful violin lines. It’s also the first track in the album’s sequence that truly shows Croghan’s range and affect as a vocalist; here, he channels Richard Manuel’s fragility on an arrangement that owes a little something to the Band. Nuggets like these help give definition to a group that can work within a tradition but does better when pushing past its hallmarks and limitations.

Stream "River Road" from the new album, below, and head to Off Broadway this Saturday for the record release show.