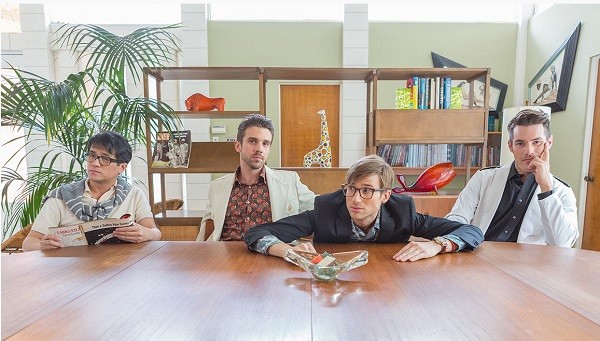 This year's Grove Fest, the annual Manchester Avenue celebration heading into its tenth year, has announced the lineup for this year's event. Chali 2na and Saint Motel will be this year's headliners and several local acts will round out the bill.

Chali 2na is a hip-hop artist who got his start as a founding member of legendary underground act Jurassic 5. He has also collaborated with Ozomatli, Blackalicious, Run DMT and many more. Saint Motel is an LA-based indie-pop band best known for its song "My Type," which reached No. 9 on Billboard's "Alternative Songs" chart.

Additional acts include Kim Massie, Blank Generation, Black James, Stone Sugar Shakedown and Little Big Bangs. Organizers say that more bands will be added before all is said and done.

But the music isn't the only reason to come out to the fest. From the press release:


The 10th Grove Fest has something for everyone!  Family friendly during the day, kids and the young at heart will enjoy the Reliance Bank kids and family area.  Face painters, puppet shows, a bounce house, live music, pumpkin painting and more will be on tap.  Our Fashion Village serves as a runway for a fashion show and a stage for the first Grove FestDrag-Off.  International cuisine from Grove restaurants will keep even the hungriest happy plus Urban Chestnut, for the second year in a row, will serve their limited edition GroveFest beer at two biergartens located along Manchester Avenue.

Grove Fest prides itself on the diversity of entertainment offered and this year is no different.  Street performers, including magicians, hoop performers, street musicians and so much more will turn out for the event.  The traditional Paint-by-Numbers mural returns to make everyone an artist for the day.  Also, two words – Human Foosball.   Where else can you do all that?


Grove Fest will be held on October 3 in the Grove district of Manchester Avenue. The event is free, but donations are encouraged.