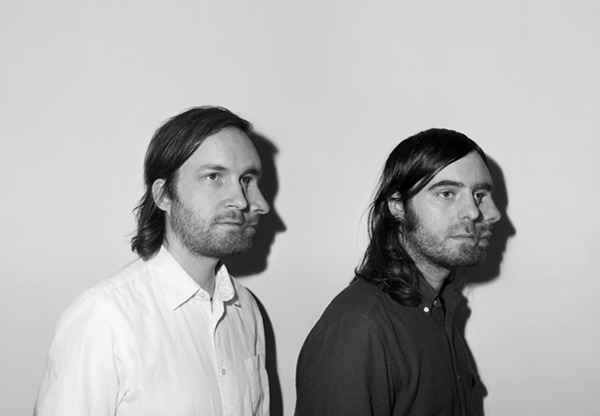 Brooklyn's Ratatat has had a long, steady career, beginning in 2001 when its members met at Skidmore College. After dropping LP4 in 2010, the instrumental duo consisting of guitarist Mike Stroud and producer Evan Mast decided to take a five-year break. Ratatat fans grew hungry, some skeptical that the band would release another record. But the hiatus turned out to be blessing, yielding the release of the group's most recent, critically lauded album, Magnifique.


But those five years proved difficult for Stroud and Mast. According to Stroud, creating music without vocals is more challenging, and the two are perfectionists.

“We were so hard on ourselves. We scrapped so many songs [when recording Magnifique] — it took us a really long time to figure out what we wanted the record to sound like. It was just kind of important for us to take a step back,” he says.


Upon first listen, the differences between LP4 and Magnifique are readily apparent. Guitar riffs and bass fill your ears on the album’s first single, “Cream on Chrome,” with faint hi-hats sitting in the background. On the second single “Abrasive,” we hear something reminiscent of Classics-era Ratatat, but with a more organic rock sound. In all, the record has a more spare feel to it. Stroud and Mast had access to a deluge of instruments while recording LP4, including vintage keyboards, organs and harpsichords. Stroud admits that the duo may have gone overboard.

“I feel like with LP4, sometimes you don’t even know what to listen to,” he says. “We just went crazy with [the instruments].”


With Magnifique, Stroud and Mast were able to go back to basics, embracing a simplified sound driven mostly by guitar, bass and their particular brand of production. The album is more purely rock & roll, with something of a '70s feel. Although Magnifique is a more refined version of their earlier work, it deviates from the kind of hip-hop production that permeated the first few albums. Magnifique even includes a cover of Springwater’s 1971 instrumental hit “I Will Return,” which easily blends with the other tracks.


The album's cover art and the video for “Abrasive” further display the '70s aesthetic, creating an entire package for the album. Both musicians drew the faces for the cover, which displays dozens of black and white faces — some famous, such as Roy Orbison — against a gray background.


“The first recording session we had for this record was like way back in 2011, and we were staying in this house in Long Island," Stroud says. "We’d record all day and then at night. We were doing lots of drawings of faces, people from newspapers, just making stuff up. Also the kitchen in this house was so disgusting, like neon green, so ugly. So we were drawing and just hanging them up all over the kitchen so we didn’t have to see it. We both used to draw a lot when we were kids.”


At one point, Mast gathered the drawings together into a collage, and it looked so cool that the two made a hundred more drawings. Mast was inspired by the cover art to create the stop-motion video for “Abrasive” by hand, which was made from around 4,000 drawings and showcases the same artistic style as the cover.


As a whole, no one concept propels Ratatat’s music — it is more akin to modern art, wherein the viewer imbues whatever meaning he or she wishes upon the work. The band's instrumental nature leaves interpretation wide open.