Another Band Van Burglarized — This One, Outside Schlafly Tap Room at Lunch 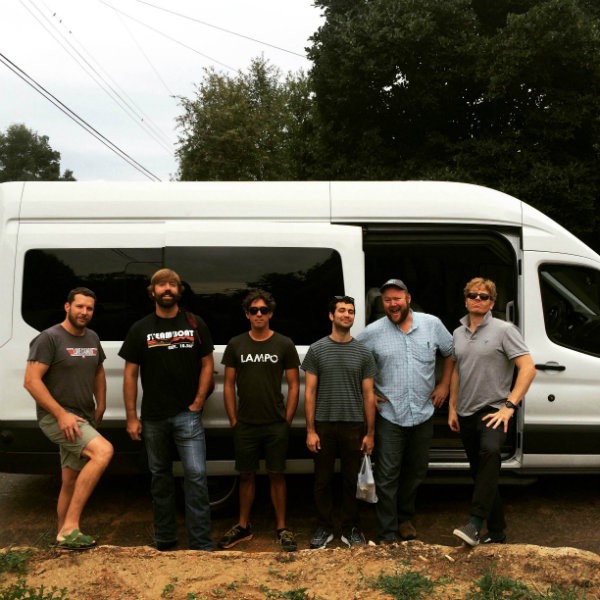 A Charlottesville, Virginia-based group became the latest victim Tuesday of what's become an epidemic of band thefts in St. Louis — and this time, the burglary happened in broad daylight.

Love Canon, a bluegrass band making its way into Denver, stayed outside Louisville on Monday night and stopped for lunch at the Schlafly Tap Room in downtown St. Louis around 2:15 p.m.  When they keyed into their Ford Transit just about one hour later, however, they were horrified — just about $20,000 in gear had been taken, including several Macbook Pros, two pairs of custom-molded headsets, backpacks, luggage bags, and a large box full of cables and other equipment.

Only their instruments were spared — and that's solely because they'd customized the van to create a sleeping area, which separated the areas accessible from the back and the side door.

The thieves even took one member's song-writing journal. "That book was months of work," band member Colin Perkinson says. "These are the kinds of things that can't be replaced."

Andy White, director of operations for the two Schlafly restaurants, confirmed that the theft was reported on Tuesday. He said the restaurant does not currently have security cameras facing the parking lot — but that installing them is now under consideration.

But just as distressing to local bands have been a series of thefts that have occurred at random parking lots across town. Last year, the RFT reported on nearly a dozen incidents from May to November. In many cases, even though the bands took major precautions, their gear was taken. 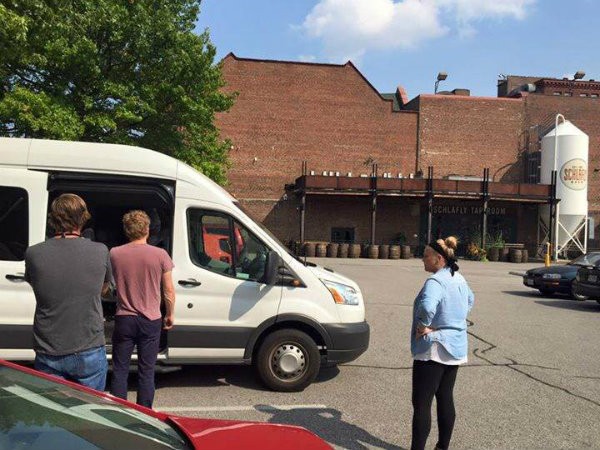 And after a brief respite, the thefts seem to be back with a vengeance this year. Vans have been burglarized outside the City Museum and even in Clayton.

See also: Band Finds Its Own Stolen Gear for Sale by St. Louis-Based Seller on Ebay

Love Canon's Perkinson notes that the van had privacy glass — there was no way to see in the windows, and no way anyone could have guessed they were a traveling band. Yet the thieves were clearly pros: the cops dusted for fingerprints and found none. They did find evidence, however, that whoever broke in was wearing gloves. The thieves seem to know exactly what they're looking for, and move swiftly enough to go for it in the middle of downtown on a sunny day.

For the bluegrass musicians, the experience was dispiriting, to say the least. "We were talking about it, and even though it's an isolated incident, we are extremely unlikely to ever return," Perkinson says. "And that's too bad. A lot of other musician friends have been victims of theft in St. Louis or know people who have. The word is out that St. Louis is not a safe place to play or even visit if you're in a van."