The Best Concerts in St. Louis This Week, August 31 to September 6 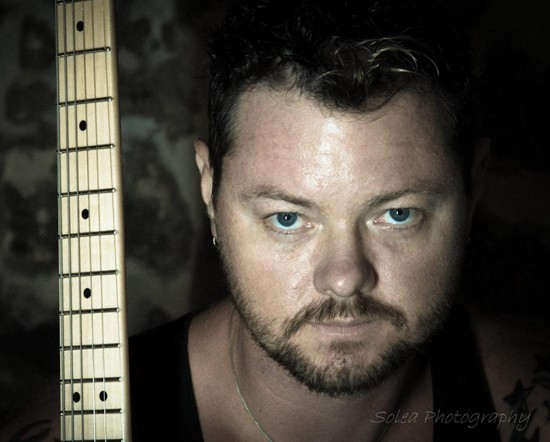 While our guide for the week ahead covers folk, pop punk, blues and so much more, many great shows still fall through the cracks. That's typically the case — some gigs fly under the radar no matter how much we comb through venue schedules and concert announcements. In addition to our guide for the week ahead, check out Sleepy Kitty's invasion of the City Museum on Tuesday night and Midwest Extreme United Fest at Fubar on Saturday. As always, if we don't exalt your favorite show or band, do it yourself in the comments section below.

MONDAY, AUGUST 31
Dubb Nubb w/ Extravision, The Wilderness
Foam Coffee & Beer
10 p.m. | $5
By Allison Babka
From the RFT Music archives: Sisterhood is powerful stuff. One minute, you're accusing your sis of stealing a sweater, and the next, you're defending her right to date the class bad boy that your mama warned you both about. Multiply that solidarity by three, throw in some jangly folk songs and you've got Dubb Nubb. Sisters Delia, Hannah and Amanda Rainey's latest album Wild Dreamin' features the trio's trademark guitar and ukulele strummin', heartbeat drums and light harmonies while exploring youth's most important themes. That's a sorority we'd happily pledge.

TUESDAY, SEPTEMBER 1
Pears w/ The Fuck Off And Dies, Scene Of Irony, The Winks
The Demo
8 p.m. | $10
By Daniel Hill
Do you prefer your hardcore-punk mixed in with a little pop? Er, or maybe your pop-punk with a splash of hardcore? Frankly, it's hard to tell whether the zebra is white with black stripes or vice versa in the case of Pears, a New Orleans-based four-piece that has already made quite a name for itself. Since starting in 2014, the band has signed with revered SoCal punk label Fat Wreck Chords, toured with the likes of the Dwarves, the Suicide Machines and Off With Their Heads, and even made a run through Europe — all on the strength of ripping-fast punk coupled with impossibly catchy hooks.

WEDNESDAY, SEPTEMBER 2
Shai Hulud w/ Lions Lions, The Engineered, Staghorn
Fubar
7 p.m. | $12-$14
By Joseph Hess
Florida's Shai Hulud describes itself as "A Collection of Cynics and Outcasts," which couldn't be more clear, based on the band's stringent style of blackened metalcore. In fact, 1997's Hearts Once Nourished with Hope and Compassion is often cited as a major influence in crossing the hardcore and metal genres. It's to the band's credit that its own rage hasn't subsided, especially after two decades of screaming its collective guts out on stage. Shai Hulud brings along Lions Lions, a band of young bucks who are hard at work carving their own name in the American metalcore canon.

FRIDAY, SEPTEMBER 4
A Benefit for Tom Alderson w/ Out Of Time, Blackwater '64, New Lives, Strangers Now, Church Key
The Firebird
7 p.m. | $10
By Daniel Hill
On July 26, Crosscheck drummer Tom Alderson was accosted and severely beaten by two men in Philadelphia. The incident took place at an after-show for this year's This Is Hardcore fest. The motive? Alderson reportedly bumped into one of the two men while moshing. The violence left Alderson hospitalized with traumatic brain injuries; its ripple effect shocked the hardcore community worldwide. In just a month, a GoFundMe page for the drummer has collected nearly $30,000 in donations, with benefit shows such as this one popping up in hardcore scenes across the globe.

SATURDAY, SEPTEMBER 5
The Good Life w/ Big Harp
Off Broadway
8 p.m. | $15
By Christian Schaeffer
Tim Kasher has been in a reflective mood of late. Or, at least, his record label Saddle Creek has found grist in some of the singer-songwriter’s back pages. Cursive’s seminal The Ugly Organ received a deluxe reissue, and his long-dormant side project the Good Life recently saw its earlier LPs re-released on vinyl, some with a host of demos tacked on as well. Thankfully, those reissues served as an aperitif to the Good Life’s resurgence; Kasher and his bandmates convened for this year’s Everybody’s Coming Down, the band’s first in eight years. Always more melodic and pop-centric than Kasher’s Cursive and solo work, the Good Life’s latest shows traces of squalling rock, basement funk and emotionally bare balladry.

SUNDAY, SEPTEMBER 6
Jeremiah Johnson Band as part of Big Muddy Blues Festival Day 2 w/ Carolyn Wonderland, Grady Champion, Popa Chubby, Hadden Sayers, Roland Johnson and Soul Endeavor, The Blue Shadows, Edward David Anderson
Laclede's Landing
3 p.m.
By Roy Kasten
From the RFT Music archives: God bless Soulard — its tourists and tramps, barflies and hippies, locals and lovers of a good, cheap, stiff drink and a patio or back alley where you can still smoke up at will. The Jeremiah Johnson Band knows these joints and their hardworking and harder-drinking patrons, but unlike many of the bands content to simply hold down their residencies on the edge of the Mississippi (and there's exactly zero shame in that), Johnson & Co. have a big sound and bigger ambition. The band has toured overseas and gigged as far as Alaska, scoring commercial airplay with its greasy mix of Southern rock and tough blues.

Remembering STLPunk.com — How to View the Site Today and Find Your Old Profile Page
"Where Did My Dick Go?" The Gathering of the Juggalos' Best Overheard Quotations
The Ten Best Dive Bars in St. Louis T
he 15 Most Ridiculous Band Promo Photos Ever