Could Howard Stern Save KDHX? 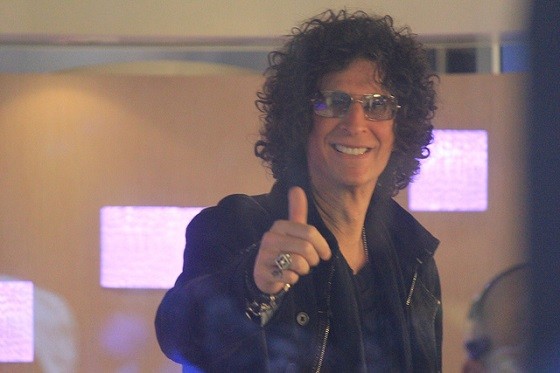 Then, he directly addresses a radio legend.

"I am appealing to Howard Stern, broadcaster to broadcaster, from our tiny little studio in St. Louis -- this megaphone we have on the FM airwaves to broadcast to the world," he says. "Hey, man, if you believe in radio, if you believe that what we're doing should keep going, maybe like uh, you know, like contribute like a couple million dollars. Maybe you could buy the station.

"That would be hilarious, actually," he adds with a laugh. "If Howard Stern bought our independent music station and kept it going, that would be amazing. I would rather he own it than a Monsanto or any of these big money interests. I mean, I'll take their money, I'm sure. But I mean, wouldn't that be cool? I don't know. Probably never gonna happen, but why not try? Who the hell cares?"

KDHX is said to be on unsure financial footing these days. A couple of weeks ago, the station's now-former executive director Beverly Hacker published a letter through Daily RFT in which she outlined some of the station's monetary woes.

"I made daily decisions on who got paid first," she wrote. "Payroll, artists, critical utilities, equipment leases and local businesses made the first cut. Many others have had to wait, and in some cases, are still waiting."

In light of this, the station is seeking deep-pocketed donors to keep the station afloat. Could Howard Stern, king of all media and radio legend, be one of those benefactors? Ward figured it was worth a shot.

"I'm a longtime Howard Stern mega-fan, and when I'm not listening to KDHX I'm listening to him on Sirius exclusively," Ward explains to RFT Music. "Lately, Howard has been going off on podcasters as not being 'professional broadcasters,' saying 'You gotta go on terrestrial radio and wait until the ratings book comes out to find out if you're any good.' So, clearly, Howard respects trained but truly original, unfiltered broadcasting voices -- what KDHX has been doing right for 30 years in an original way."

Listening to Ward's plea was Chad Donahue, a Washington University student and regular caller on Stern's show. Donahue called Stern during his show the following morning.

"I was wondering, what do you think is the future of independent radio?" he asked. "The reason I bring it up is 'cause we have a local station here in St. Louis called KDHX, and it's just run by donations from listeners, stuff like that, and they have local content."

"Radio is changing so rapidly that even the so-called experts can't even keep their eye on it," Stern replied. "What was so great about regular radio -- terrestrial radio, they call it now -- what was so great about it was it was the only game in town. If you wanted radio, you got AM or FM. You got it in your car, you got it at home... So you had this huge audience of people who used it. And now, satellite radio comes along, Internet radio comes along, and there's gonna be other ways of distributing content -- which is good for broadcasters like me.

"I still say right now the dominant form is AM and FM," he continued. "But if you see what's happening, if you're really reading the tea leaves, what I said ten years ago is that terrestrial radio will continue to lose its impact as technology increases. And we're seeing it. They're struggling. And dare I say my prediction is coming true."

"With everything being so worldwide now though, and easy to access, what do you think is the format now for local stuff?" Donahue asked next. "You know, like local TV, community broadcasting, that kind of stuff."

"There isn't!" Stern replied emphatically. "The only way it's going to happen is through these podcasts and things where people can broadcast to twelve people and be happy. It's enough with that. Who gives a shit anyway? Really, very few people besides myself."

Ward is not deterred by Stern's response, and has no regrets.

"KDHX was built on small donors. I am a small donor. But we're waiting on a Superman right now," he says. "Frankly, we need the Jack White to our Blues Museum. Maybe that's Howard, maybe not. But I know we can't let down the people who have poured their very souls into this station over 30 years. So, I thought, what the hell -- it can't hurt to ask."

Donate to KDHX here, and tell your wealthy friends to do the same.