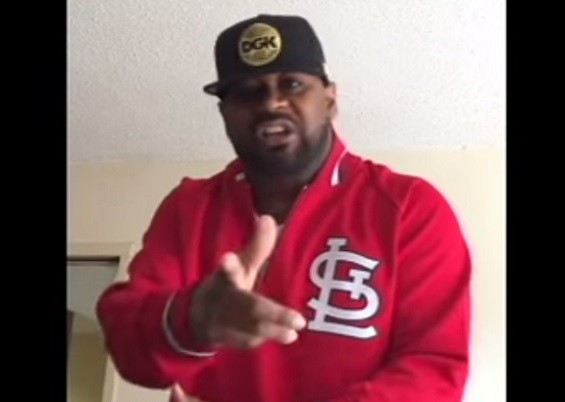 For those unaware, Action Bronson is a rapper whose biggest asset is the fact that his style sounds essentially exactly like Ghostface Killah. Comparisons have been made throughout Bronson's entire career; it is just kind of an undisputed fact.

So undisputed, in fact, that the hosts of ESPN's SportsNation saw fit to ask him about it during a recent appearance on the show, wondering if the comparisons have hurt or helped his career.

"I think it's indifferent at this point," Bronson responded. "People compare Coke and Pepsi. People compare everything. No matter what, you're going to get a comparison to something. I'm just glad it's one of the greats."

"The first time I heard you, I was like, 'Yo, Ghost got some new stuff,'" host Max Kellerman replied. "Then I found out it was Action Bronson, but to tell you the truth I bought the record right then."

"He's not rapping like this no more," Bronson said, in a cocky tone.

"Don't make me hang you from a rope and gut you like a pig, ni--a, and leave you out to dry, 'cause it can get done," he says in a six-minute long video posted online today.

Ghost says throughout the video that he initially "gave [Bronson] a grace period," and that he reasoned that God simply gave them both the same tone of voice. Apparently that pass is now revoked, though, as Ghostface tells Bronson that he's got "shooters" in every state, as well as Bronson's tour schedule -- all while listening to Teddy Pendergrass' "Be For Real" on his home stereo, occasionally referencing the song's lyrics to illustrate his point.

Bronson, for his part, quickly took to Twitter to apologize:

When ur wrong ur wrong and I was wrong. I apologized for the comments. I'll always be a stand up human. Much love.

If only more people apologized when they knew they were wrong.

Everyone says things they regret. I respect my elders and the forefathers of this art. Once again, I'm sorry.

His bodyguard, meanwhile, made clear that he takes his job seriously:

But never mind all of that tough-guy talk and rap braggadocio -- can we all just agree that Ghostface looks pretty good in Cardinal red?

Hey Ghost, want to go to a game sometime?