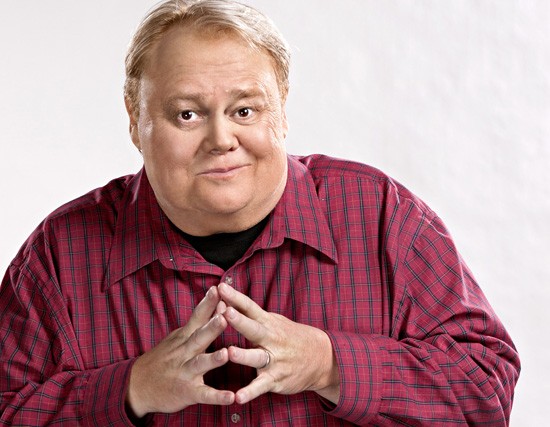 [Update: Louie Anderson's shows at the Funny Bone have been cancelled.]

Franklyn Ajaye's Comic Insights: The Art of Stand-Up Comedy was released in 2001. The guide features interviews with a number of comics who at the time were on the rise to stardom, and with some who were already sitting well at the top. Ajaye delved into writing styles and habits, how to critique one's own performance, tips for taking an act on tour and just about every aspect in between. In 1987 he interviewed Louie Anderson, a renegade of the club circuit who was constantly on the road.

Anderson, now 62, spoke out against constant touring back in 1987. But now things have changed.

"Actually I am now a fan of the road," Anderson says. "I appreciate the whole idea that it allows me to get out of where I'm at and find out what's going on with rest of the country.

"But I'm still not a fan of being on the road relentlessly," he adds.

The road itself has changed tremendously since 1987. Back then Louie was working club jobs, which was the only way to build an audience other than radio spots or landing yourself on The Tonight Show With Johnny Carson. You went to the club with your best material, because it was the only opportunity you had to get in front of a real audience.

Now, however, going on tour means he gets to see the audience he's grown over the last 30 years.

"These are people who are looking forward to when I come to an area," he says. "I'm working on a new hour special right now, so when you work on something like that, you need a good gauge from all over the country."

Louie has often said that his memory for jokes is a photographic one -- in 1987, he never wrote down his material. These days, that's changed a bit as well.

"I write out the premise; I don't write out the whole joke, usually," he says. "I'll write down, let's just say, 'firearms airport.' I never really wrote anything down, and still don't. I try to perform them right away so they get in my head. I'm not afraid to do a brand new joke, even when I'm on a TV show doing it."

That confidence, Louie explains, is what sets the average comedians apart from the greats.

Anderson explains that it took him about three years to figure out how not to bomb -- and even then, it was something he stumbled on.

"That got such a big laugh," Anderson says. "That was different from my other laughs."