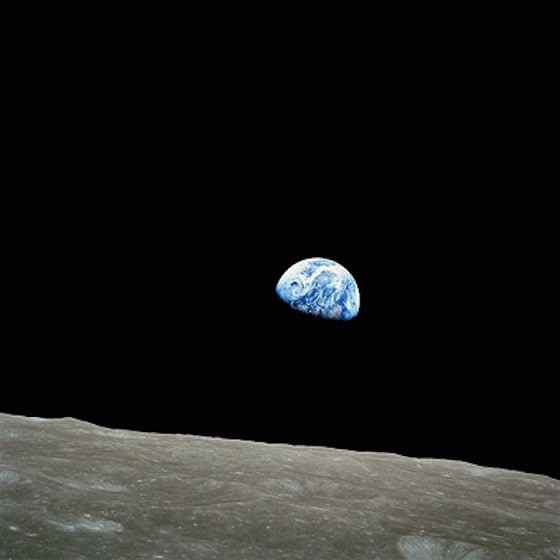 Earlier this year, a tweedy UK duo calling itself Public Service Broadcasting released an unlikely hit: a found-sound mashup of recordings from the U.S./Soviet space race and the pair's own scrambled sense of pop music. That album, The Race for Space, used source materials (a speech by President Kennedy, the words of first-man-in-space Yuri Gagarin) and an array of samplers, synths and drum machines to make an LP that felt both historical and modern.

That fascination with space -- the desire to slip the surly bonds of Earth and explore the great beyond -- is at the heart of Nick Muckerman's latest instrumental EP. Since last fall, Muckerman has released five volumes of his Eternal series, each one a largely wordless piece that ostensibly ruminates on the theme. His latest, Apollo, is the most focused of the bunch. Each song title traces the arc of a manned space flight -- "Departure" to "Destination" -- and the accompanying music reflects various stages of awe, austerity and exploration. Muckerman's previous EPs relied more on guitar and bass, but piano is his instrument of choice on many of these tracks, coupled with drum-machine patterns and ethereal atmospherics.

Opening track "Departure" is as close as Apollo comes to tipping its hand, as the found-sound clips of mission control walk through the stages of liftoff. But while the track helps sell the conceit, it's the only false move on the six-song program; the rest are much more impressionistic and melodic. Some tracks, like "Adrift," are more beat-driven and amorphous, though Muckerman's drum-programming skills are often rudimentary in their reliance on 4/4 patterns and simple fills. The simplicity works, for the most part; the goal here is more reflective and, daresay, relaxing, and Apollo has a pleasing, rudderless sway to much of its middle passage. The final track, "Destination," shimmers with the repetition of echo-laden guitar strings and the sonar-esque pings that punctuate them. Muckerman simulates the vast horizon -- or some beatific revelation -- with the same tinny synth choirs that Kraftwerk used to employ. But even in synthetic form, the brief appearance of a human voice puts a fitting end to an album so enamored of human discovery and our capacity for wonder.