Steve Earle and 8 More Musicians Who Unexpectedly Dabbled in Acting 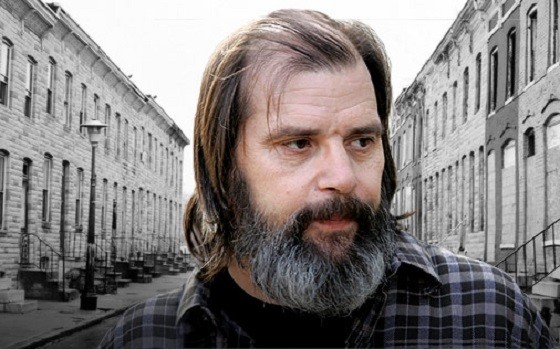 Many varied and unique paths splinter from Steve Earle's main road as a musician. Over the last 40 years, Earle has been a political activist, a prisoner and a novelist in addition to leading his band, the Dukes, with whom he will be appearing at the Old Rock House this Friday, July 3.

Those unfamiliar with his music and biography may see a picture of the bearded Earle and recognize him as Walon, a recovering addict on HBO's The Wire. Possibly based in part on Earle's own struggles with heroin, his character would serve as the support system that series junkie Bubbs finally uses to get clean. (Earle's cover of the show's theme -- Tom Waits' "Down in the Hole" -- would also play under the credits in the show's final season.)

From the film careers of Dolly Parton and Kenny Rogers to Ice-T's hilarious turn as a streetwise detective whose lines are clearly written by white people on Law and Order: SVU, many musicians have found second careers in the world of acting. But for others such as Earle, the dalliance is brief -- a one-night stand briefly interrupting a committed relationship to music. Here are some of the more interesting musicians that had a brief fling with the world of television and film.

Of all the quandaries faced by single mother Lorelai Gilmore on The Gilmore Girls, the most unique may have been, "What do you do when your daughter starts hanging out with Sebastian Bach?" Bach, former Skid Row frontman, joined the cast in season four as "Gil," a sub shop owner and guitar player for Hep Alien -- a band consisting of high school students including Lorelai's daughter's best friend.

The thought of a man that once, on a dare from Howard Stern, tied an interesting part of his body into a knot now hanging around with a bunch of kids is at first a bit off-putting. Yet for those of us that grew up listening to Bach snarl about being a "Youth Gone Wild," there is something oddly beautiful about watching him sing Gwen Stefani's "Hollaback Girl" to a bunch of junior high students. And his role as Gil isn't even Bach's strangest piece casting, as his acting resume also includes an interesting turn as Jesus in a touring production of Jesus Christ Superstar.

Before spending the majority of his free time annoying the War on Drugs' Adam Granduciel and sexually harassing female journalists, Sun Kil Moon's Mark Kozelek parlayed a friendship with director Cameron Crowe into roles in both Vanilla Sky and Almost Famous.

Portraying Larry Fellows, the bassist in Almost Famous' fictional band Stillwater, Kozelek's character largely stays out of the fray between singer Jeff Bebe (Jason Lee) and guitarist Russell Hammond (Billy Crudup). Perhaps those around Kozelek could take a lesson from the clip above, requesting they "go get some barbecue or something" the next time the singer begins one of his rants.

The man raised Jim Osterberg is the only person on this list to have both acted and been portrayed by another musician in a film -- Foo Fighters drummer Taylor Hawkins played Iggy in 2013's historically inaccurate CBGB's. Almost two decades after he was the smacked-out father figure to Lower East Side punks as portrayed by Hawkins, Pop would take on the role of an actual father on Nickelodeon's The Adventures of Pete and Pete.

From Juliana Hatfield's turn as a lunchlady to the Violent Femmes' Gordon Gano's role as a high school teacher, Pete and Pete provides a plethora of delights for those looking for musician cameos. It was Pop, however, who appeared the most -- totaling five episodes in his role as Nona Mecklenburg's father Jim. Pop's robust IMDB page also includes a credit for the voice of Lil' Donald Rumsfeld on Comedy Central's 2007 animated series Lil' Bush.

Considering he's spent the majority of his career portraying a character obsessed with violence and Nazi imagery, casting Marilyn Manson as a member of the Aryan Brotherhood was perhaps the next logical step -- thought one wonders how the discovery of his latex "Beautiful People" suit might affect his standing within the gang.

In the final season of Sons of Anarchy, Manson portrays Ron Tully -- an incarcerated higher up in the Brotherhood that Sons' president Jax Teller turns to for help. After years of having his music blamed for violence done by others, Manson finally gets a chance to commit his first on-screen homicide, murdering Sons' turncoat Juice Ortiz in the show's penultimate episode.

If the acting careers of the other artists on this list could be considered brief flirtations, Jenny Lewis' was more of a long-term adolescent romance that she eventually outgrew. Starting with her debut in a Jell-O commercial as a three-year old, Lewis compiled quite the resume as a child actor before shifting her focus to Rilo Kiley in 1999.

Before she started logging soundtrack credits on IMDB, a young Lewis portrayed Rose's adorable nemesis on The Golden Girls and Reese Witherspoon's friend in Pleasantville. Lewis also played opposite Fred Savage in 1989's The Wizard, a Rain Man-inspired Nintendo infomercial/film.

In the period between the kitsch of Aerosmith and Run-DMC's team-up on "Walk this Way" and the Limp Bizkit/Kid Rock rap-rock in the early 2000s there existed Brooklyn's Biohazard. Combining elements of metal and hip-hop, the band would become best known for its collaboration with Onyx on a remix of the song "Slam," the title track to the movie Judgement Night.

The first thought for anyone who has seen 1978's campy sci-fi masterpiece Kiss Meets the Phantom of the Park is rarely, "That acting was so incredible, we need to find more roles for them!" Yet two members of Kiss, Gene Simmons and Peter Criss, would go on to find additional screen work in the decades that followed -- an impressive feat, considering the band regarded the film as such a disappointment that no one was allowed to mention it for years.

Almost mirroring the role of the antagonist in Kiss Meets the Phantom, Simmons would play a robot-obsessed scientist opposite Tom Selleck in 1984's Runaway. And Criss, whose work on Phantom was so bad his lines had to be voiced-over by another actor, got a second chance in front of the camera playing alcoholic prisoner Martin Montgomery on Oz. (Also worth mentioning: frontman Paul Stanley's amazing acting job in this un-aired Folgers commercial.)

Is Brian Austin Green an amazing actor who happened to be a musician, or is Green a talented lyricist who also dabbled in acting? That's like asking if Bo Jackson was a better football or baseball player.

In reality the answer is neither, though the seriousness with which Green took his rap career -- and Beverly Hills, 90210's insistence on promoting it -- merits inclusion to this list. On the show, Green portrayed David Silver, the stereotypical wealthy son of a Jewish dentist who wanted to be a hip-hop artist, writing songs that sound, well, like hip-hop and slow R&B written by someone with exactly that background.

For those not content with the show as Green's only musical output, he released One Stop Carnival in 1996 -- an album featuring such songs as "Mind and Da Body," "Beauty and Da Beats" and the aptly named "Didn't Have a Clue." For all Green's ill-conceived forays into music, however, his life turned out OK -- he married Megan Fox, likely winning her over with this sweet jam.