Gay Men Will Get a Bar of Their Own in North St. Louis County 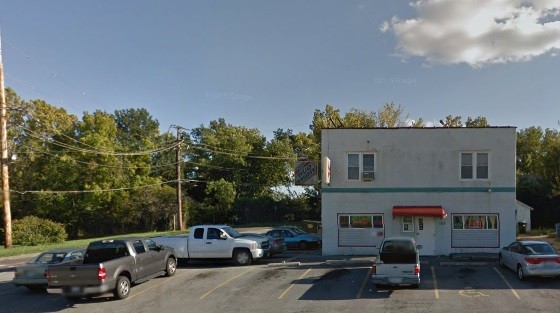 St. Louis County only has one bar catering to LGBT lifestyles -- a lesbian bar in the northwest part of the county called the Backdoor. Gay men in search of similar-minded nightlife have little choice but to drive into the Grove or Soulard.

But that's about to change. I Don't Know Bar, also known as IDK Bar (102 Evans Lane, Cool Valley), will transition to a gay bar and dance club this summer. Located a stone's throw from Ferguson, it plans to open in less than a week.

"There are no other gay bars in the county and it will be convenient for the gay community to come out and visit us without having to go to the the city," says assistant manager Matthew Jepsen.

In its past lives, the bar has been a straight bar and a strip club. But after shutting down during the Ferguson protests and riots, IDK Bar recently closed again to undergo renovations -- including the installation of a full lighting system and disco ball so the bar can double as a dance club.

"It's going to be a neighborhood bar that does DJs and drag shows on weekends, kind of like Clementines" -- the city's oldest gay bar, which closed last year. Jepsen adds, "We're accepting of everything."

The owner, David Field, has three other bars: The Oldtimers, the Backdoor and Wayland's, Jepsen says. Field and his family saw a gap in gay nightlife outside of the city and thought it would be a good opportunity.

Interestingly, the Backdoor also used to be a straight bar -- Jepsen says it saw its business increase when it began catering to lesbians.

Field brought Jepsen in from New Orleans to help transition the bar into an alternative lifestyle bar and dance club. Jepsen has been in the bar managing industry for over 30 years.

The official grand opening of the I Don't Know (IDK) Bar will be July 31 and August 1. The bar is open Monday through Saturday starting at 10 am. Visit its Facebook page for more information.

Editor's note: We changed this story after publication to correct the name of the bar's owner. He is David Field. We also changed the address from Normandy to Cool Valley. We regret the errors.