The Conformists Return to Form with Original Vocalist Mike Benker 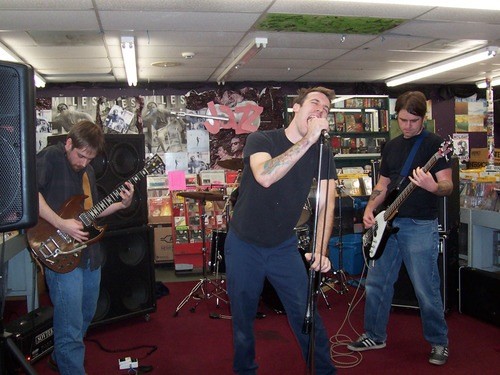 It's just before midnight on a dreary Tuesday night and Christopher Dee, Chris Boron and Patrick Boland of the Conformists are sitting around a small table outside the Royale, sipping drinks and pulling on cigarettes as they remember nineteen years of playing music around St. Louis. Only a thin canvas covering separates the bandmates from the falling rain, which after a day of thunderstorms and showers has slowed to a drizzle.

"This is a great place to be a band. It's super cheap, its easy to have a practice spot, you're a hub in the country. The city is a big part of our identity for sure," says Dee, who plays guitar in the band. "I think something about being secluded here and having to let your creativity keep you occupied and busy does something a little bit different than it does elsewhere where you have this built-in reputation."

Dee started the Conformists with Mike Benker on vocals in 1996. They were teenagers at the time, still working through high school, and Dee says that neither of them knew what they were doing at first. By 1999 though, their friends Jim Winkler and Tom O'Neil had joined on bass and drums, respectively, and the band was regularly playing shows at local bars and clubs such as the Creepy Crawl.

"There are a lot more places to play shows today then there were then," says Dee. "It seems like there are a lot more independent-minded things going on now. With everything going on on Cherokee Street, that's been a big deal. Cherokee was a place for head shops when we started as a band, and that was it."

While the members of the Conformists have been playing together in one form or another for close to twenty years, over that time they have continually redefined themselves. In recent years, the band has undergone a dizzying number of lineup changes. O'Neil left the group in 2007, opening the floodgates for a string of short-term drummers before Boland took over in 2009. Then in 2011, Benker split, to be replaced by Boron, a life-long friend who had filled in for the singer on the band's European tour earlier that year.

See Also: The Conformists' Mike Benker: "I Will Do it With Gusto Two More Times. Be There or Miss the Boat Forever."

"We're all friends for a reason. We like the same sorts of things and we have the same sensibilities and senses of humor, so I never really felt very much like an outsider, I suppose," says Boron about joining the band. "It was pretty easy to step into the role and just kind of know what we were doing and know what the band is about."

In the past few months, the band has encountered another wave of lineup changes. It started earlier this year when Winkler decided to leave the group in order to spend more time with his newborn child. Around that same time, Benker had gone through a divorce, and was looking to rejoin the band. Although Boron had been singing for the past four years, he was more than happy to pick up Winkler's job on bass to let Benker take over on vocals.

"I've been a musician since I was fifteen, so singing was a little different for me -- being a stand-alone. Not playing an instrument, just singing was definitely a new experience," says Boron.

"I guess with that, I'm pretty happy Mike's getting divorced," he adds, smiling.

Tonight, when the Conformists take the stage at the Schlafly Tap Room, Benker will return to his old position behind the microphone. Still, anybody who is expecting a nostalgic set filled with throwbacks and blasts from the past may be surprised. The band has been writing new material since Benker left, and the singer has been hard at work these past few months learning the new songs and tweaking them to his own satisfaction. 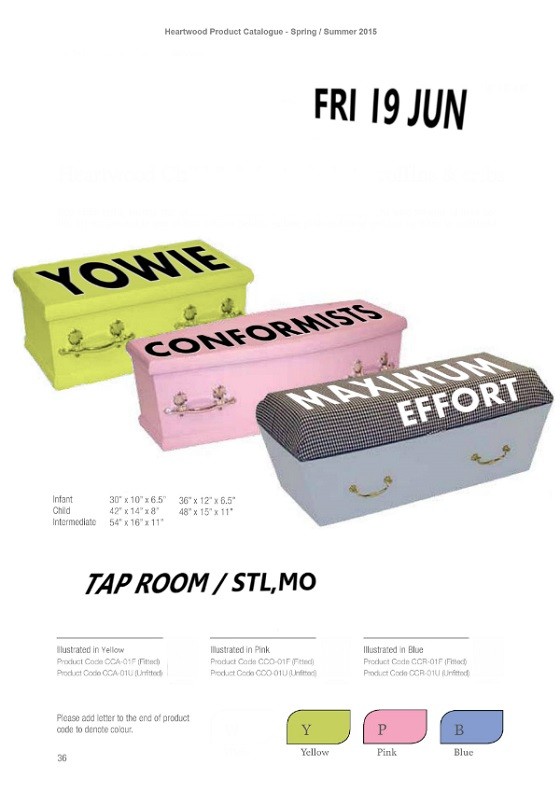 As for what comes next, the four bandmates aren't overthinking it too much. Recently, they began work on a new album which they hope to record by the end of the year, but so far, the writing process has been a slow one.

"We have a filtering process that doesn't lend itself to progress," says Dee. "We throw a lot of stuff away. We'll work on parts for months that we decide we don't like later on."

"Or finish entire songs that we decide one of us doesn't like," adds Boland.

"That we decide Pat doesn't like," Dee retorts with a laugh.

The new record will be the Conformists' first since 2010's None Hundred, but none of the musicians seem particularly interested in the past. They are only concerned with what comes next.

"I don't think we're necessarily taking into account what came before and letting it inform what we do next. I don't think we have ever done that," says Dee. "Ever since [this band started] the only guiding principle has been our own amusement. What ridiculous thing can we do that we're not even sure we can pull off? Then we just keep trying to pull it off. That's about it."