How the Grove Became the City's Hottest Neighborhood for Live Music 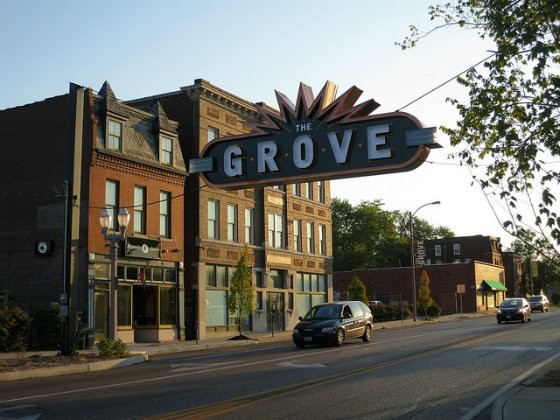 The music industry is a fluid, evolving creature in which the only constant is change. Even so, the last twelve to eighteen months have seen a radical upheaval in St. Louis' live-music scene.

Midtown's Plush closed its doors after three scattershot but memorable years of hosting both local and national talent; meanwhile, Livery Company moved two doors down on Cherokee Street and radically scaled back its live-music bookings. But the popular street is already filling this gap: The Blue Pearl will cater to the late-afternoon/early-evening crowd with live music when it opens this summer, while Foam has increased its number and variety of music, comedy and experimental bookings under the reins of new owner Mic Boshans.

Initially, neighbors didn't take kindly to Manchester Avenue's new live-music juggernaut. Their protests persuaded city hall to shut down the Demo temporarily, even as some residents mounted a challenge to the Ready Room's liquor license. But a lack of signatures doomed the effort, and a compromise allowed the Demo to reopen by Labor Day weekend.

The neighborhood that had been chiefly known for its gay bars and clubs attracted wider interest. Over the summer, Music Record Shop opened in the space between the Ready Room and the Demo. Though it primarily serves as a vinyl retailer, it occasionally hosts in-store performances too.

The Gramophone announced that it was transforming itself from a music venue to a sandwich shop/tavern hybrid, its lighting, sound system and even its curtain were soon back in action at the Bootleg, the new name for the space within the Atomic Cowboy that used to be the Demo. Gramophone's former soundman, Matt Keune, also made the move to the Bootleg, which ramped up its schedule after acquiring its new equipment and personnel. As summer weather arrives, the Atomic Cowboy's outdoor stage will start to feature bigger acts.

As a result of the Grove's many changes, live music is concentrated on the eastern part of the Manchester strip. But it's also more abundant in general and features more out-of-town touring acts than before.

So far these venues have coexisted harmoniously with the old guard of LGBT-friendly bars and dance clubs that the Grove has been known for, though Cracchiolo says there is room for improvement.

"I haven't seen a whole lot of conflict, but I haven't seen as much synergy as I'd like to see," he says. "I would like to book more events in our rooms that would cater to that audience, and help drive business to their bars as well."

Overall, however, Cracchiolo is pleased with the way the Grove has continued to develop. The possibilities continue in its transformation. "It's experienced a lot of slow, steady growth over the years, but just in the last couple of years, there's been such an influx of new businesses that are genuinely exciting for people, and I think the neighborhood is really primed to take that next step into a full-fledged entertainment district."

See the rest of our Music Issue:

See also: A Thriving Studio Scene Is Giving Musicians More Options Than Ever